Marlboro resident making mark in entertainment field with ‘can do’ attitude 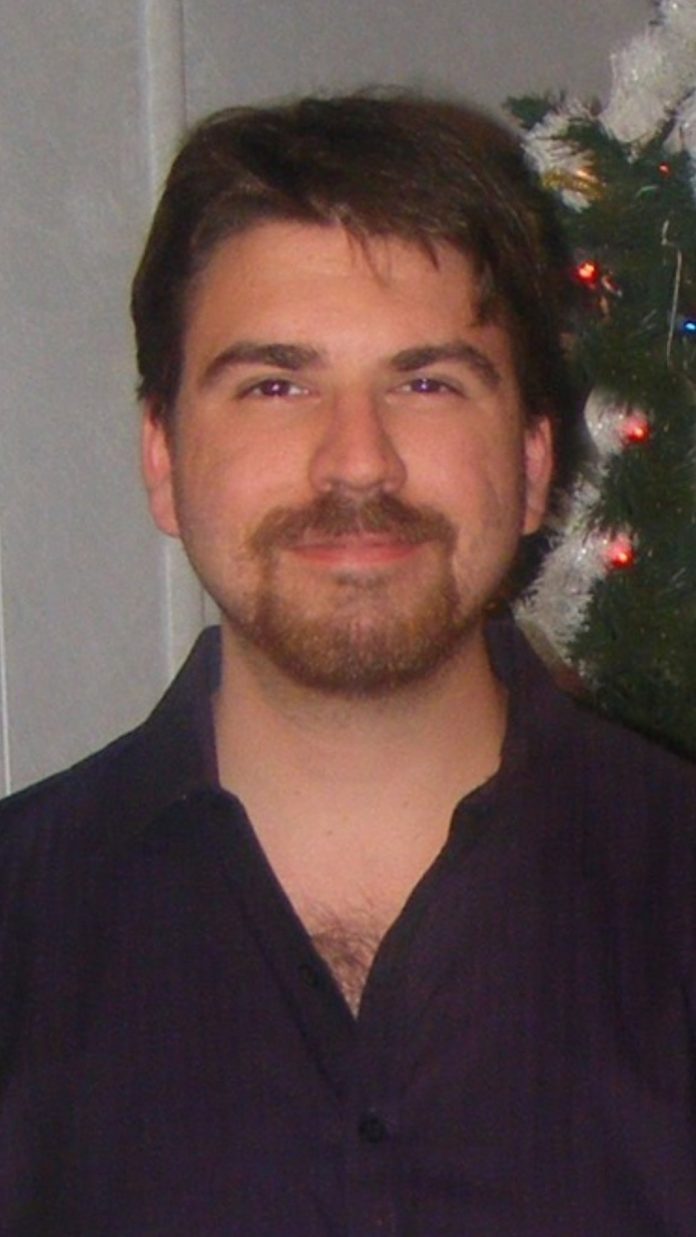 When Marlboro resident Andrew Suydam arrived on an independent film set to fill a role as an extra, he was also landing an executive role with a new streaming platform.

Suydam, 29, is the head producer of live events for MOBFI-TV, a streaming service named after the media to which it is dedicated (mobile, film and television). His position places him in charge of comedy specials, concerts and coverage of conventions, as well as the platform’s animation.

Kickstarted in March 2020, MOBFI-TV has been undergoing a content expansion this year with Suydam’s involvement. Before he secured his current role, Suydam was at the platform’s lowest rung of production.

It was the summer of 2020 and production had just begun on “Love Dave” when Suydam showed up for a bar scene.

His appearance was at the request of Mike Mazza, a social media friend and the lead actor who has posted a message on Facebook seeking extras. Suydam had never met Mazza prior to that day, but seeing the post prompted him to take part in “Love Dave.”

What followed was the first in-person meeting between Suydam and Mazza, which may have been their last meeting if Suydam had left for the day with the rest of the extras.

Instead, Suydam was prepared to take another risk with someone he had just met. He stayed behind to speak with Marcus Reyes, the film’s director, and made an offer for a more substantial role with “Love Dave.”

The offer was not for a larger acting role, as Suydam’s primary expertise lay in another area.

While Suydam’s willingness to reach out led to a meeting with Reyes, that dedication was complemented by something that would earn Reyes’ attention: Suydam’s decade of knowledge in production and his lifelong passion to create projects.

Speaking from his Marlboro home in a room decked out with film and television memorabilia, Suydam described how he spent many years making videos, drawing cartoons and filming live events such as bar mitzvahs, weddings and plays.

He had built up an impressive and creative résumé, but he had not found the industry connections that he needed to advance his career.

Despite his place outside the entertainment world, Suydam remained steadfast in creating his own material. At one time he had an opportunity to experience working in the larger industry when he held internships for Nickelodeon under Nick Cannon.

Cannon was Suydam’s celebrity boss, but he was far from Suydam’s only celebrity encounter.

While intended just for fun, those experiences were the inadvertent ignition to enter the industry after Mazza, an aspiring actor, saw Suydam’s celebrity photos.

“When I saw he met all these celebrities, I was hoping he would hook me up,” Mazza said.

Through Mazza, Suydam earned his first true connection in Reyes. Their first meeting was followed by a phone call, during which Suydam showcased his previous work.

“We got along very quickly, very well,” Suydam said. “He was very impressed with what I could do.”

One of the videos sent by Suydam was “The Unsuspecting,” a short film he made in 2013. The film was created in 48 hours for a film festival at Brookdale Community College, Middletown, where it placed second and won an award for best editing.

But aside from demonstrating his abilities to Reyes, Suydam believes they bonded over their mutual goals.

Following a conversation, Reyes recognized Suydam would be a valuable addition to “Love Dave.”

“He shared his ideas, I shared mine and we realized we can definitely work together,” Reyes said.

Suydam became a producer for “Love Dave” and was placed in charge of making certain the cast and crew arrived on time, scheduling filming locations and dates, and confirming that those around him understood their roles.

He performed camera, lighting and audio work when asked to do so by Reyes, as well as providing special effects.

Production on the film was concise. Reyes said the script, which was born out of a conversation between he and Mazza, was completed in a day.

Filming took place through the summer and fall of 2020 in locations at the Jersey Shore and in White Plains, N.Y. By November, “Love Dave” was released digitally. And because all of the scenes that were filmed before Suydam’s arrival had to be re-shot, Reyes considered Suydam to be involved in the full picture.

The efficient production took place in spite of the film (by Suydam’s admission) having no budget and being made during the coronavirus pandemic.

In fact, Suydam found that the pandemic made it easier for the small cast and crew to film in locations that otherwise would have been open to the public and would have led to more people being present.

While 2020 marked the end of “Love Dave,” it did not signal the end of Suydam’s work with Reyes. Before Reyes began work on “Love Dave” he was creating a more ambitious project – MOBFI-TV.

“Marcus wanted to do MOBFI-TV because Netflix, Hulu, Hollywood and all that have red tape,” Mazza said. “If you bring them something, they can turn it down because they don’t like it, they can cancel you. Marcus wanted to avoid all that and we film original content so there are no rules for us. If we put on a TV series, it can go on as long as we want it to go.”

MOBFI-TV’s launch had been planned prior to Reyes meeting Suydam – “Love Dave” was original content for the service – but the experience of working with Suydam convinced Reyes to have him take on a larger role as the project became larger.

“I realized he knows a lot about what he’s doing,” Reyes said. “I could trust him to take on the role of producing projects for MOBFI-TV. He’s always been ahead of the game and from what I’ hae seen, he’s always been on point with everything he does.”

In keeping with his past experience, Suydam was placed in charge of the platform’s live events and animation. And perhaps most importantly, he maintains unity among his teammates.

“He’s our moral compass,” said Joey Sousa, a head producer at the service. “He’s the heart of the group. We have become a band of brothers with our strengths and weaknesses, but Andrew is what keeps us together. He controls the chaos by keeping us all on track. And he’s really nice.”

To the MOBFI-TV team, Suydam has demonstrated his generosity by once again going beyond his responsibilities.

In addition to making the animated introduction for “Dat’s Slamin,’ ” a MOBFI-TV series starring Sousa, he created merchandise to help promote the platform.

Suydam proudly showed the MOBFI-TV shirt he designed and was wearing, while Sousa showed off the “Dat’s Slamin’ ” stickers he made.

In his new role, Suydam is trying to help people he had previously befriended. Among them is Vinnie Brand, the owner of the Stress Factory Comedy Club in New Brunswick.

While MOBFI-TV intends to feature many comedy acts, there will be a special section dedicated to the Stress Factory.

Another comedian contacted by Suydam was Paul Venier, who joined to participate with MOBFI-TV.

Venier recounted how Suydam would bring crowds to his live shows and now Suydam hopes to make larger audiences aware of his work.

In addition to comedy specials, Venier will be featured in the upcoming thriller series “Secret Society,” in his first serious role. Suydam believes the role is one Venier was born to play.

“I know he’s always wanted to do stuff like this, so it’s really his dream come true to be part of any project,” Venier said of Suydam. “I’m happy for him.”

As MOBFI-TV looks to expand in 2021, Suydam is seeking to help more creative minds – provided that they bring the same commitment, passion and ambition that he had during the summer of 2020.

“I’m very lenient, but you have to give me a chance,” he said. “If you keep telling me ‘no,’ I can’t use you. But I’m still very generous. I like helping people out, especially in this tough business.”

Had Suydam not helped a Facebook friend (Mazza) whom he had never met, he would not have met Reyes.

If Suydam had not offered to take on more responsibility without being asked to do so, he probably would not have joined Reyes’ team.

But that dedication has led Suydam to take on his biggest creative position yet, with full support from the rest of MOBFI-TV.

“I love working with him,” Reyes said of Suydam. “He understands the vision of the project, he understands what’s needed and he’s always there, being very dependable. As a team, we have a great relationship.”