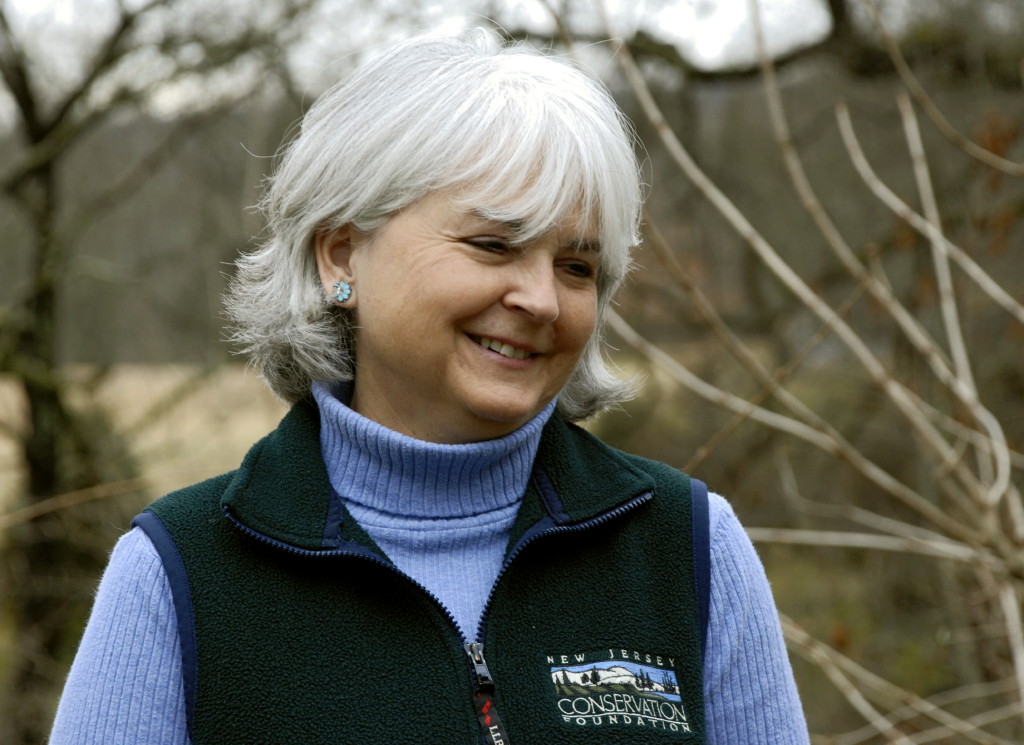 Michele S. Byers, the longtime head of the New Jersey Conservation Foundation, has announced she will retire from her role as executive director at the end of the year.

Byers, only the third executive director in the nonprofit organization’s 61-year history, has served in the top leadership role since 1999. She began at the New Jersey Conservation Foundation in 1982 as an intern in the Pine Barrens, according to a press release.

With Byers at the helm, the foundation permanently preserved about 60,000 acres of open space and farmland (nearly half of the preserved land in the organization’s history); significantly expanded its system of public nature preserves; and helped strengthen New Jersey’s conservation community and partnerships, according to the press release.

“My nearly 40 years at the New Jersey Conservation Foundation has been the most rewarding career imaginable,” said Byers, a Bedminster resident. “I have always loved nature, animals and the outdoors, and this job has been a dream come true. I feel the timing for my departure is good as (the foundation) has a strong staff and board, and many significant conservation projects in the works.”

Byers plans to continue working with the organization in other capacities to further advance land and natural resource protection in New Jersey, according to the press release.

The foundation’s Board of Trustees will soon begin the process of choosing her successor.

“Michele is passionate about the environment and has built the New Jersey Conservation Foundation into one of the foremost land conservation organizations in the nation, with a top-notch team of conservation professionals,” said Rosina Dixon, president of the Board of Trustees. “We thank Michele for all the years she has devoted to protecting New Jersey’s land, wildlife, air and water.”

“It is hard to think of an environmental initiative in the past 30 years where Michele has not been one of the leaders,” said former Gov. Thomas Kean, who serves as an honorary trustee of the foundation.

“Michele has provided exemplary leadership in many key environmental protection efforts that have reached beyond New Jersey in their influence and impact,” said former Gov. Christine Todd Whitman, another honorary trustee.

“She was one of a handful of leaders who worked with me and several New Jersey governors to protect critical parcels from development and to ultimately secure broad protections for the region,” Whitman said.

“Michele stands out for her record as an inspiring, dedicated and effective leader, and also for being a really nice person,” said Larry Rockefeller, a prominent environmental advocate and philanthropist who worked closely with Byers to protect the historic viewshed of the Hudson River Palisades.

According to the press release, under Byers’ leadership, the New Jersey Conservation Foundation has, among other accomplishments, established several new signature preserves; founded several conservation organizations; helped secure passage of the New Jersey Highlands Water Quality and Planning Act which protects the drinking water supply for 70% of New Jersey’s residents; brought the foundation’s board restricted endowment funds to almost $10 million in 2021 from $1 million in 1999.

The New Jersey Conservation Foundation, based in Far Hills, is a private nonprofit that preserves land and natural resources throughout New Jersey. Since 1960, the foundation has protected 125,000 acres of open space, according to the press release.