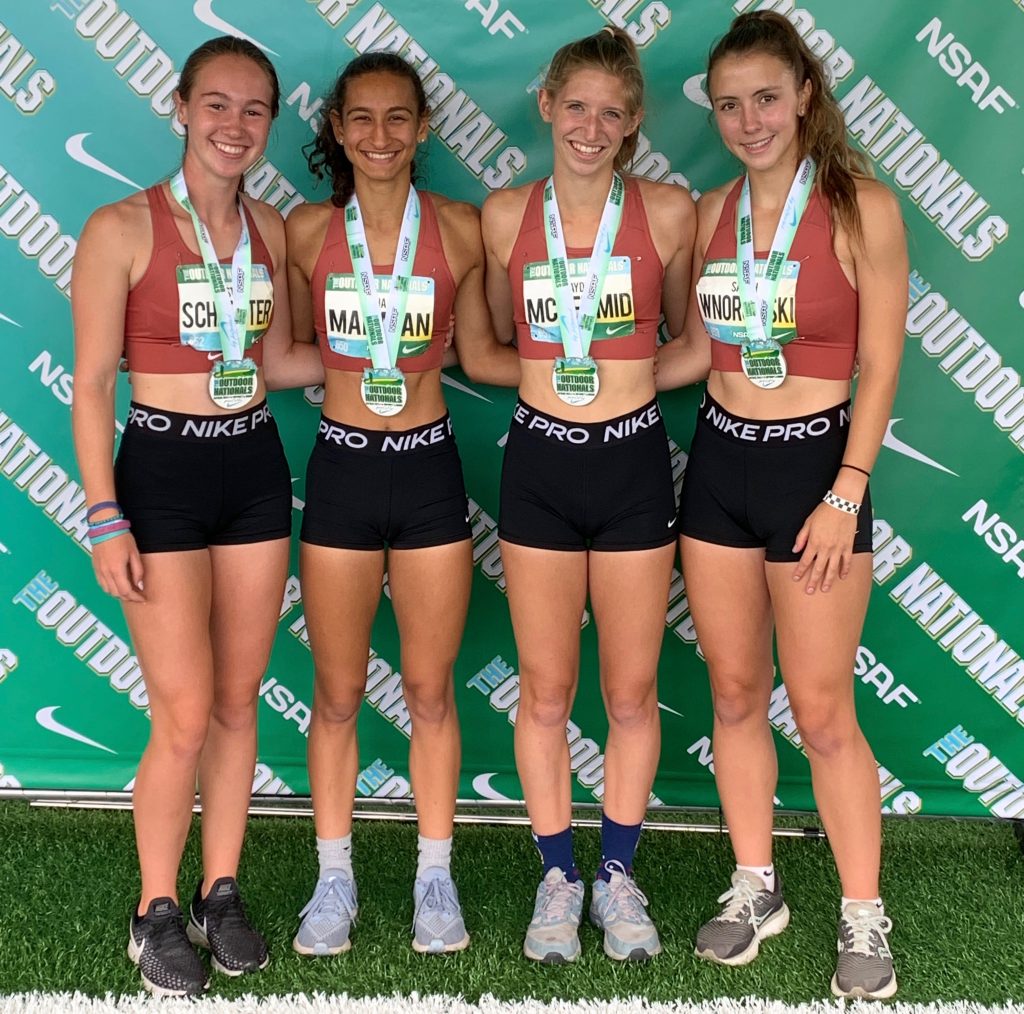 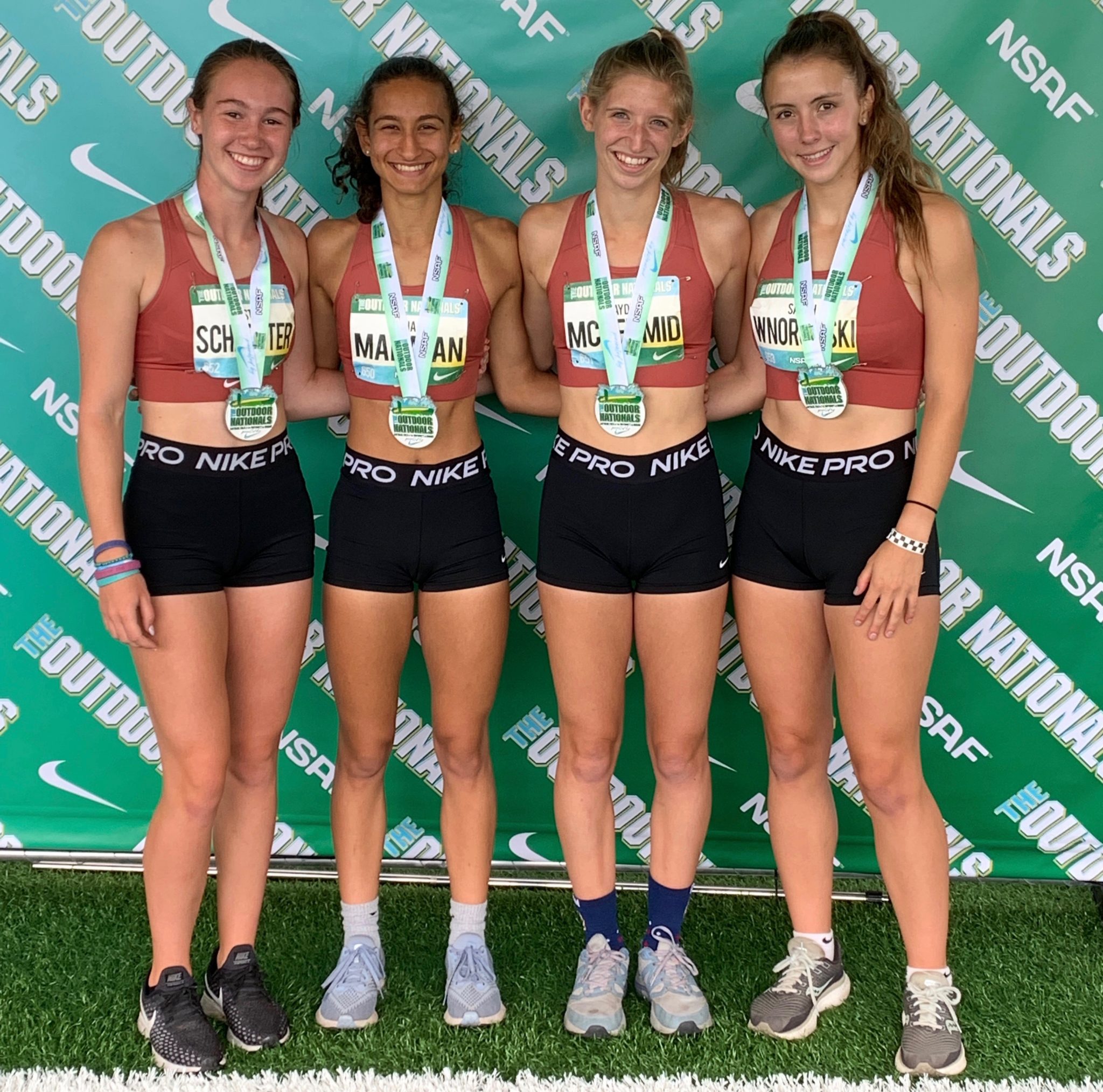 Things did not go smoothly for the Hillsborough High School girls 4×400 meter relay squad of Kirstyn Schechter, Sia Mahajan, Jayde McDermid and Sarah Wnorowski on their way to the 2021 Outdoor Nationals in Eugene, Oregon, last week.

A four-hour delay led to the four Hillsborough girls track stars and their families getting into Eugene in the early morning hours of July 1, Pacific Standard Time, making it a quick turnaround for the group to prepare for their race later that day around noon.

All the flying issues did not, however, affect the 4×400 meter relay team come race time.

The four Hillsborough girls track and field athletes teamed up to run a time of 3:54.47 to place fifth in the event and earn All-American status.

“It was really cool,” Schechter said about placing fifth at nationals. “It’s very rewarding to see yourself and all your teammates do well. Every one of us was racing for each other and doing their best for the team.”

The fifth-place finish by the Hillsborough girls 4×400 meter relay team adds to the recent success of the school’s track and field program at the national level.

A year later at the 2017 New Balance Outdoor Track and Field championships, Hillsborough saw its boys 4×800 meter relay team place first in the Emerging Elite race during the meet.

To earn All-American status, a relay team or athlete needs to place in the top six.

Schechter said it was the 4×400 meter relay team’s goal going into the race to place in the top six and earn a spot on the podium.

Seeing that come to fruition by the end of the race made Schechter happy as she said she was very proud of the performances her teammates gave during the event.

“You get really happy when you see everyone else on your team do well and be proud of themselves,” Schechter said. “It’s amazing.”

The 4×400 meter relay was not the only event that Schechter participated in at nationals, competing also in the 100- and 400-meter hurdles.

Schechter earned a personal best time of 62:18 in the 400-meter hurdles to earn a 10th place finish in the event.

Overall, Schechter said it was a “surreal experience” competing at nationals and had a fun time experiencing it all with her teammates and all their parents.

“It was very exciting seeing our parents take pictures of us on the podium,” she said. “It was so much fun.”

Watching his girls 4×400 relay team earn a spot on that podium via a livestream back in New Jersey was Hillsborough High School girls track and field Coach Richard Refi.

“We haven’t seen our girls place at nationals in a while,” Refi said. “It’s exciting. Hopefully, it results in girls striving to make it to nationals in the future.”

Schechter, McDermid, Mahajan and Wnorowski set a program record in the 4×400 meter relay at Meet of Champions with a time of 3:52.56.