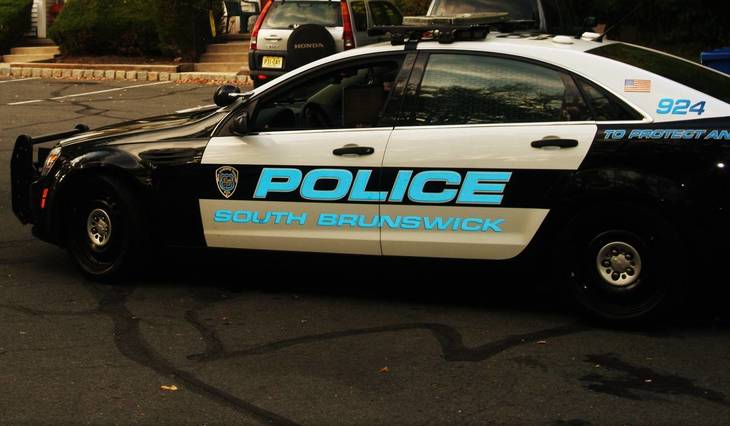 SOUTH BRUNSWICK – South Brunswick police received a 911 call from a Green Shadow Lane resident on July 10, reporting that her she found her husband face down and unconscious in their swimming pool.

Family members said the 49-year-old man went into the backyard to clean their in-ground pool around 12:15 p.m.

At 12:55 p.m., his wife noticed her husband unresponsive and floating in the deep end of the pool. She ran out to the pool and used a pool skimmer to pull her husband to the edge of the pool where she was able to hold his head above water. She yelled for help and a second family member arrived and pulled the victim out of the pool.

Family members called 911, and the dispatcher was able to provide instructions on performing CPR.

Officer Ryan Bartunek and Lt. Roger Tuohy arrived at the home and found the victim on his back outside the pool near a diving board. Both officers began lifesaving efforts as large amounts of water were coming from the victim’s stomach and lungs.

EMS transported the victim to Robert Wood Johnson University Hospital in New Brunswick. At the hospital, the victim began breathing on his own and had regained consciousness.

Police later learned that the victim had been cleaning the swimming pool when he accidentally stepped into a corner of the pool’s deep end and fell in. He was not a swimmer and took on water as he yelled for help, eventually going under water.

The victim is recovering at the hospital and was expected to be released by press time.

“It is clear that the response by family members, officers and EMS prevented a tragedy. Every second counts in near-drowning incidents and their efforts made a difference,” he said.

The Consumer Product Safety Commission that tracks pool safety estimated 6,700 pool- or spa-related, hospital emergency department-treated, nonfatal drowning injuries each year for 2017 through 2019. This is the equivalent of about 18 every day, 365 days a year.