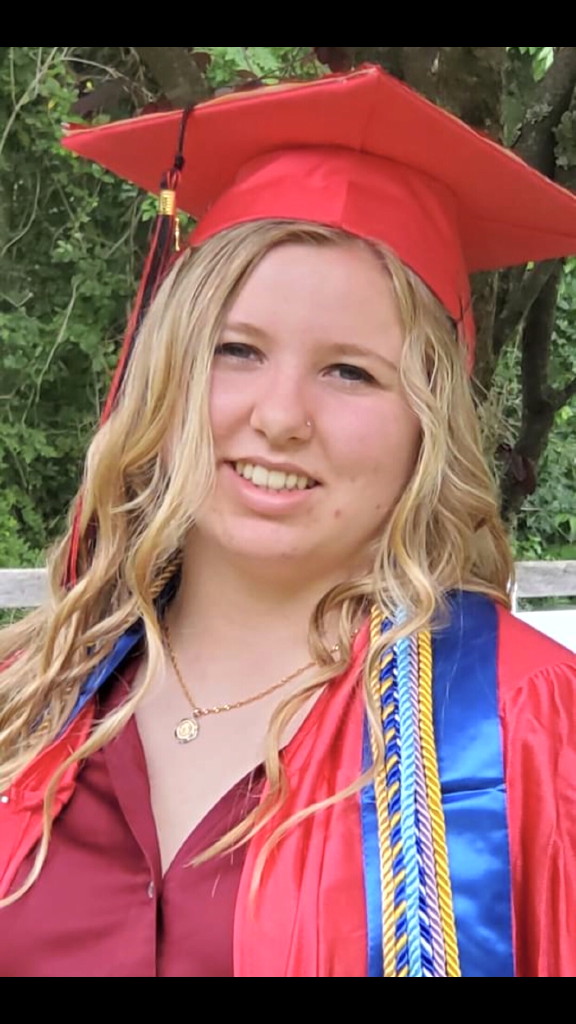 ALLENTOWN – Kaydee Molnar’s lifelong fascination with the stories that make up local history led her to projects decorating Allentown’s Main Street, planting bulbs in an historic cemetery and playing the flute for the holidays.

It also earned her the distinction of being named the first recipient of the William Augustus Newell Award, presented to her by The Allentown Village Initiative (TAVI) in conjunction with her recent graduation from Allentown High School, according to a press release from TAVI.

Kaydee credits her grandfather with sowing the seeds of her interest in history. She said he was an avid Civil War re-enactor, which made quite an impression on Kaydee as a child.

When she started high school, Kaydee sought out history-related courses and activities. She took advanced classes and became a member of the History Honor Society.

The society introduced Kaydee to TAVI and its community projects. It wasn’t long before she found herself helping out at TAVI’s Harvest Fest table and playing the flute for Allentown’s Christmas events, according to the press release.

She helped to install the life-sized Victorian figures which grace Main Street at times throughout the year and then completed the digging that was needed to help plant about 900 daffodil bulbs around the Olde Burying Ground on Lakeview Drive.

Kaydee said she values all of her experiences with the events and projects around Allentown that have brought people together to interact and help preserve the area’s history.

She is looking forward to continuing her community involvement as she embarks on the
path to becoming a licensed electrician. The five-year apprenticeship for which she has
applied will eventually lead her to the status of journeyman in her chosen profession, according to the press release.

The Newell Award is named in honor of one of Allentown’s most prominent citizens.

New Jersey’s 18th Governor, Washington Territory’s 11th Governor, a member of
Congress, a physician and an Allentown resident, William Augustus Newell was also the
founder of the U.S. Coast Guard.

The Newell Award recognizes outstanding service to the Allentown community and specifically, significant and tangible contributions in the areas of historic preservation and education, natural resource protection, support of the local business community and advancement of the arts and culture, according to the press release from TAVI.

The TAVI board noted that, while consistently and repeatedly sharing her time and talent, Kaydee displayed leadership qualities, responsibility and initiative, together with a spirit of
volunteerism and good citizenship in service to the community. The Newell Award
includes a $250 honorarium.

TAVI is a 501(c)(3) volunteer-driven organization dedicated to improving the quality of
life in and around Allentown.

In addition to the Newell Award, a sampling of TAVI’s recent projects include the Allentown Arts series of free performances and exhibits; publication of the Allentown History Sketchbook (provided to every graduating eighth-grader); an Earth Day cleanup; an
historic scavenger hunt; a holiday driving tour; a July 4 public reading of the
Declaration of Independence; the Old Burying Ground and Sensi Park daffodils; TAVI
town special bulletins; and the Juneteenth Underground Railroad walking tour, according to the press release.

For more information and to support TAVI’s work in the community, visit
www.allentownvinj.org