A seven-time Mercer County freeholder has passed away.

“It is with great sadness that I learned today of the passing of Freeholder Paul Sollami, Jr. He was a tremendous public servant who dedicated his life to helping others and improving the lives of Trenton area residents as an elected member of Mercer County government, an attorney and an Administrative Law Judge,” Sen. Bob Menendez said in a prepared statement.

“Seven times, the residents of Mercer County elected him to serve on the Board of Chosen Freeholders, where he was instrumental in expanding the county park system, Mercer County Community College and Mercer County Airport.

“Paul was an All-State football player in high school, served in the U.S. Army, and fostered a passion for public service in his own children and everyone else he impacted.

“I send my heartfelt condolences to his wife Roseann, his daughters – Mercer County Clerk Paula Sollami Covello and Maryann Montenegro – and their entire family. Paul Sollami, Jr. may have left us, but his legacy will live on for generations,” Menendez said.

Covello announced the passing of her father in a column to Insider NJ on July 18.

He served as Ewing Township Zoning Board Attorney for many years.

“He began his pubic service early, being elected as class president every year from elementary school through his high school graduation year in 1949 from Trenton Central High School. He was also class president at Villanova University where he earned his BA and also graduated from Georgetown University Law School with a JD,” Covello said in the statement.

In high school, he was an All-State football player and All-County baseball player.

He coached for many years for North Trenton Little League.

“He truly enjoyed helping people and public service, but spending time with us, and his large extended family and friends, brought him the most joy,” Covello said in the statement. 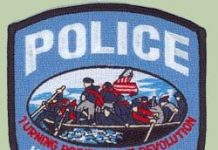