Metuchen celebrates new cyclist safety law, remembers one of its own 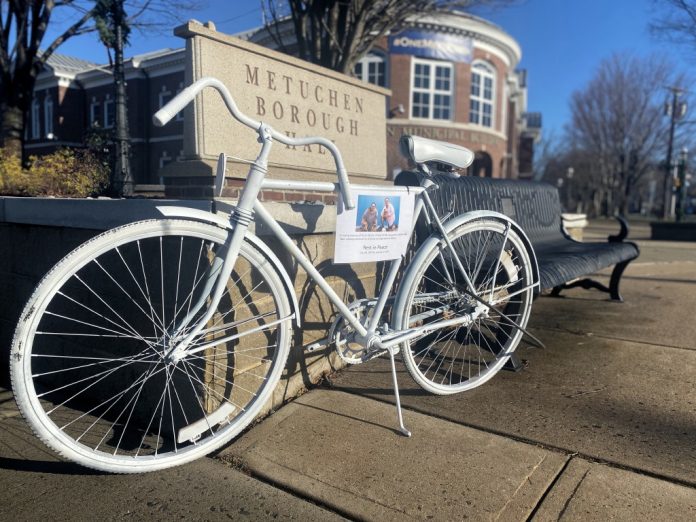 METUCHEN – A community celebration will take place in Metuchen on July 29 to celebrate the passage of a new law that will make streets safer for cyclists.

Advocacy groups, local and statewide, including Bike-Walk Metuchen and the Vision
Zero New Jersey Alliance, have actively lobbied for years for the New Jersey Safe
Passing Law, which was approved recently by both the state Assembly, in a
unanimous vote, and the state Senate, and is expected to be signed into law by Gov.
Phil Murphy.

In Metuchen, the issue of protecting the safety of cyclists on the roads became a
personal cause for many people following the death of Oscar Zanoni, a resident who was
fatally struck in a motor vehicle accident on Jan. 3, 2020 while riding an electric tricycle
in Edison.

The borough celebration will kick off at 4:30 p.m. Thursday from Olmezer Park, at
the corner of Main and Christol, with the Oscar Zanoni Memorial Ride-Walk-Roll.
The walk will proceed to a ceremony at 5 p.m. in front of Borough Hall at 500 Main
St.

“This event will celebrate and thank all of our legislative representatives who
supported (the law) and the volunteers who helped make this happen,” Councilman Jason
Delia said.

Delia, who was a friend of Zanoni, noted the celebration will take place on what
would have been Zanoni’s 46th birthday.

“It seemed like everybody in Metuchen knew Oscar personally,” said Delia, one of
the event organizers. “He was just one of those people who if you lived here, you
knew who Oscar was. If I saw him downtown he and I would usually end up talking.”

According to Delia, a childhood illness left Zanoni unable to drive a motor
vehicle.

“Oscar had an illness as a child and was unable to operate a motor vehicle. So he got
around by walking and biking wherever he went. This was not some sort of
recreational thing he was on,” the councilman said. “He was living his life by riding his bike and he was struck and killed. We are inviting people to come to the celebration.”