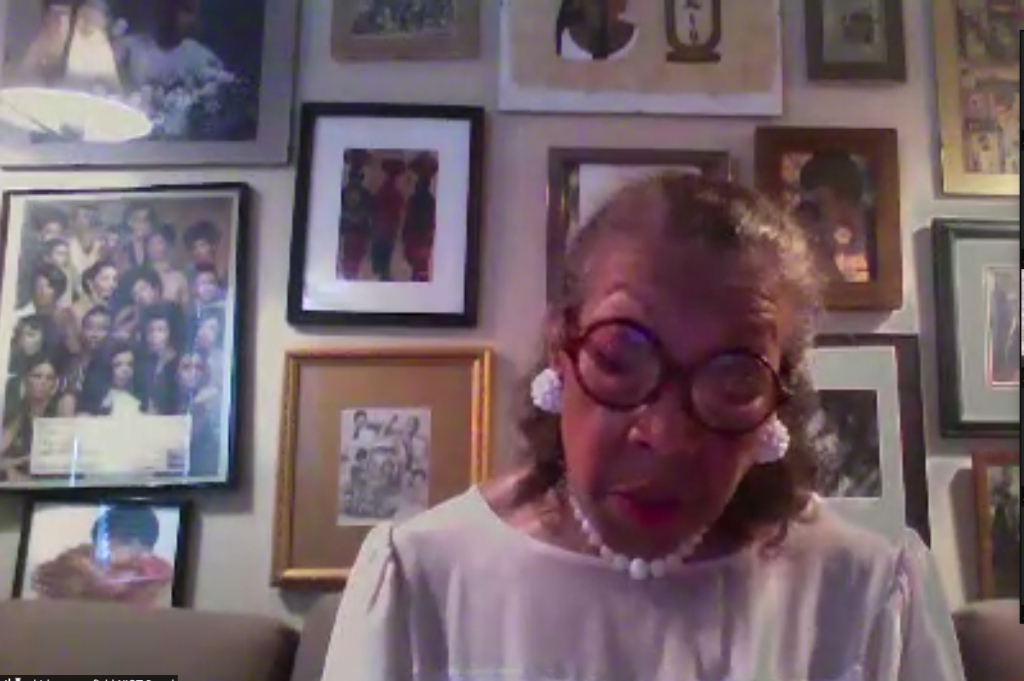 Princeton school district officials, who thought they had resolved the issue of a new name for the district’s grades 6-8 middle school, have come under fire for choosing the “wrong” name.

The July 12 letter, which was signed by ministers and faith leaders in Princeton, Trenton and Lawrence, urged the Princeton Public Schools Board of Education to reconsider and name the school on Walnut Lane for Satterfield.

Satterfield is a fourth-generation Princetonian who grew up in the historically Black Witherspoon-Jackson neighborhood. It is bounded by Paul Robeson Place, John Street, Witherspoon Street and Birch Avenue.

Satterfield, who is Black, is the founder of the Witherspoon-Jackson Historical and Cultural Society. She researched the neighborhood’s history, leading to its designation as Princeton’s 20th local historic district.

At the July 27 school board meeting, speakers pressed the school board to reconsider its decision and pointed to a community poll whose results they claimed were allegedly manipulated by the board in favor of a generic, non-specific name.

The non-binding community poll, which was available for one month on the school district’s website, asked respondents for their preference – to choose a generic name or to vote for one of several persons for whom the school could be named.

Of the 2,414 respondents to the community poll, 28.2% favored a generic name. Of the suggested honorific names, Satterfield garnered 19.3 percent, beating out Albert Einstein and Paul Robeson, among others.

Two polls also were conducted at the middle school, which garnered nearly 700 votes each time from students and staff.

In the first poll, 31.5% wanted a generic name. Of the named individuals, political figure and civil rights leader John Lewis got 29.1% of the votes, scientist Albert Einstein received 20.5%, and Satterfield received 15.2% of the votes among the names suggested.

In the second poll, 36.4% of students and staff voted for a generic name. Michelle Obama got 27.2% of votes, followed by Paul Robeson at 20.7%. Satterfield was not considered in that poll.

Meanwhile, the letter submitted to the school board said the signers were pleased at the board’s decision to remove the name of John Witherspoon from the school “as a remnant of a legacy of slavery, white supremacy and racial injustice.” The decision to do so was made in response to a petition signed by more than 1,500 people.

But, the letter writers wrote, they were “deeply discouraged when we learned of the decision to discount the indisputable choice made by the people of Princeton and attach a non-specific name to the middle school.

“It is disingenuous to ignore the original call for racial justice that led to the name change, as well as the clear choice of a living, African American woman and educator by the broader community (and) generically naming our school Princeton Middle School.

“We urge you to listen to the voice of the people of Princeton, honor the local legacy of leadership of the African-American community and vote to rename our local middle school Shirley Satterfield Middle School,” they wrote.

During the public comment portion of the meeting, several speakers chastised the school board for giving the school a generic name instead of naming it for Satterfield.

Hrishi Somayaji, who is a Princeton University graduate student, expressed disappointment at the school board’s refusal to acknowledge the community vote – which was non-binding – in favor of naming the school for Satterfield.

“We know it’s a fact that the school board manipulated the community poll and we believe it showed a lack of integrity in what was presented as a participatory process for the African-American community of Princeton,” Somayaji said.

Leah Rader Bowers, a post-doctoral researcher at Princeton University, said she was in “full support” of the renaming effort.

Bowers said she moved to Princeton in January from a small, affluent White town. She said she hoped that Princeton would be different, but the school board’s actions to discount the community votes to rename the school for Satterfield had left her disappointed.

“I am right back where I was. This is pernicious, anti-Black behavior directed to students who were so excited to have the middle school named after such a living legend in Shirley Satterfield,” Bowers said. “I am extremely disappointed and I hope you reconsider and prove me wrong – that you are not like other affluent White towns.”

Celine Pham called on the school board to address how the community vote was manipulated and to take immediate action. This was an opportunity “to make amends for the racist history of the Princeton schools in general toward the Witherspoon-Jackson community,” Pham said.

When school board President Beth Behrend said the speakers should view prior school board meetings when the renaming was discussed, Somayaji said the letter writers had watched the videos and the letter was written in response to it.

“This is how racism presents itself in an ostensibly perfect, anti-racism environment like Princeton. Many of you talk a big game about wanting to combat inequality, but you have a long way to go,” he said.

In addition to voting to change the school’s name, however, the school board called for naming hallways and other public spaces at the middle school in honor of those whose names were proposed in the renaming of the school.

The board called for the creation of a historical exhibit in the Learning Commons at the middle school outlining the history of education in Princeton – including the Witherspoon School for Colored Children – and potentially honoring local figures such as Satterfield and Betsy Stockton, a former slave who established the first school for Blacks in Princeton.