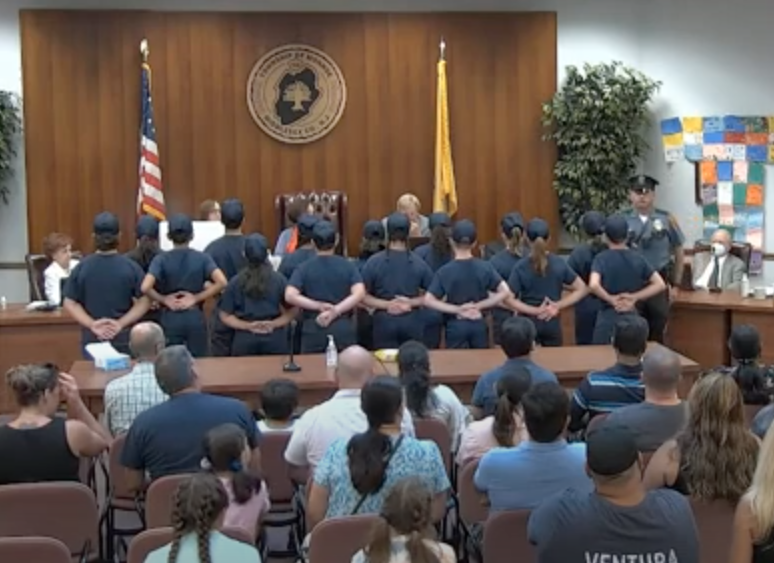 Utility and capital improvements are on the horizon for Monroe

When the Monroe Township Council convened at the municipal building for its Aug. 2 meeting, the evening brought a number of ordinances and resolutions to the public.

Among them were three second-read ordinances and their public hearings.

While O-6-2021-016, which proposed amending the township’s code to delete the “Appeal” section 97-11 from Chapter 97 (“Tree Preservation”), sailed through council without any public comment, O-6-2021-017, a bond ordinance that would provide for numerous water and sewer utility improvements both in and by the township, elicited further questions.

Earlier in the meeting, council members emphasized the importance of residents’ safety during these utility projects, but residents were curious about how they would be paid for, and if the documents related to the bond ordinance and its accompanying procedures would be available to the public through the Open Public Records Act.

Members of the council affirmed the latter, and explained the former by noting the Department of Environmental Protection will most likely be the lead agency and the most likely source of funding.

Citing transparency for residents’ benefit, Councilman Charles Dipierro asked his fellow council members how both the improvements will be funded and Monroe Township will be reimbursed for project costs through methods like tie-in fees.

While there is no agreement with the BFI Landfill to recoup 100% of the project costs, options like sewer fees and other avenues of revenue are available to recover those expenditures.

“We’re fighting for safety – public safety’s number one – but we also have to make a responsible party … so it’s a win-win for everybody,” Dipierro said.

The final item in the trio of second-read ordinances was O-6-2021-018, a second bond ordinance. Its proposal provided for various capital improvements also by and within Monroe Township, appropriating $3,328,500 and authorizing the issuance of $3,169,300 bonds or notes to partially finance those costs.

The council voted to approve all three ordinances.

At the beginning of the meeting, both the council and Monroe Township Library Director Leah Wagner honored MaryAnn Reiner, who recently retired from her position as circulation/tech services supervisor. Reiner had worked at the library since the mid 1990s, and Wagner reiterated what a crucial part of the community the outgoing librarian has been throughout those 26 years.

“MaryAnn doesn’t know, really, how many people she touched. I do, because I hear every day from people who want to know how she’s doing,” Wagner said, adding that it’s illustrative of how “well-loved” Reiner has been by her coworkers and patrons alike before directly addressing her longtime employee. “You have no idea the impact that you made, because you never do until you leave.”

Reiner accepted a plaque from Wagner, thanking past and present library employees she worked both with and for, and thanking the community she said it was a pleasure to serve.

“I truly miss so many of them,” she said before the room exploded in appreciative applause.

Chief of Police Michael Biennas offered a few words about the academy’s graduating junior police class after they filed into the meeting room with in-unison poise and precision.

“The camp that they signed up for was not going to the spray park, it was not going to the movies or bowling: These children came out every day in 90-degree weather and they ran and they did PT [physical training] and they learned what it’s like to be in a police academy,” Biennas said, adding that the class began with 20 cadets and concluded with 17 graduates. “They all did it and they should all be proud of themselves.”

A video recording of the Aug. 2 meeting is available at youtube.com/watch?v=ftcNtTtvH5I.

The next council meeting is scheduled for Sept. 1. 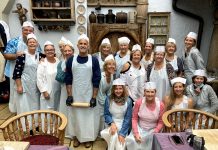