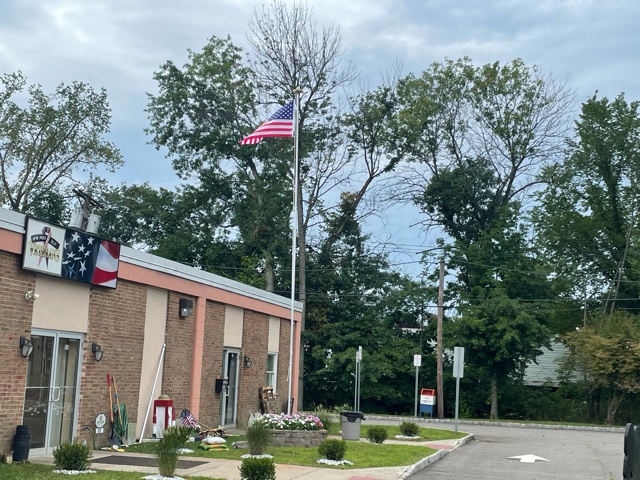 When the Boy Scouts of America (BSA) announced that it was opening its doors to girls in 2017, Preya Majmundar was not involved with any scouting program, but saw it as an opportunity to try something new.

The Edison high schooler said, “I just thought it would be a good opportunity to learn so many different skills and prove that girls could do just as well – or even better – than the boys in the program.”

And now, just a few years later, she aims to be one of the first girls to ever earn the organization’s highest rank as Eagle Scout.

Preya, 17, who is about to start her senior year at John P. Stevens High School, has been a member of Scout Troop 002G for almost three years. Scout Troop 002G is the first Boy Scouts of America (BSA) troop for girls in Edison.

As part of her work toward the Eagle rank, her community service project is to landscape and beautify the VFW post in Edison by planting flowers, painting, adding solar lights and other landscaping work.

She launched a GoFundMe to support her initiative that will help her become the first female Eagle Scout in the Raritan Valley District. So far, she’s raised over $2,000, very close to her $2,500 goal.

The project is expected to be implemented on Aug. 14 and 15.

Since its inception in 1911, fewer than 5% of Boy Scouts have earned the rank of Eagle Scout, according to the BSA website. A key requirement is an extensive service project that the scout plans, organizes, leads and manages. The Eagle Scout Service Project is the opportunity for a scout to demonstrate leadership while performing a project for the benefit of any religious institution, any school, or his community.

“I wanted to do a project that benefitted the VFW because it’s a group that charters us, and does so much for our troop,” Preya said. “They also host a lot of events with veterans, and I felt that this project would be a good way to express my gratitude for their service.”

Scout Troop 002G was launched in early 2019 and has grown considerably in just two short years.

“Our troop started out with just five girls and since then we have grown to 30 girls, and we’re expecting 12-15 more in the fall,” said Preya, who has excelled in the program since she joined, winning the Honor Camper award (given to only two out of 500 people at a summer program) and becoming one of the only female representatives from the Raritan Valley District in the Order of the Arrow (the BSA’s honor society).

“Before joining, I was really shy and used to care a lot about what people thought of me. Since joining, I’ve developed my own voice and I am unapologetic for having my own opinion. Joining BSA was one of the best decisions I’ve ever made,” she said.