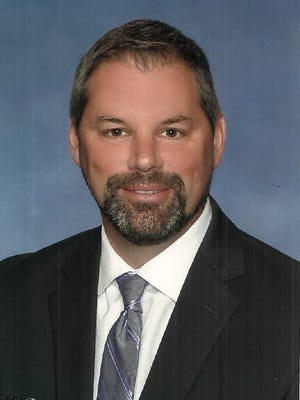 Since his start as a student teacher in Spotswood in 1994, he has been familiar with the services of ESCNJ and its dedication to providing excellence to students with disabilities in partnership with New Jersey school districts. Peabody has held various administrative-level positions starting in 2004 as the district’s director of athletics.

After escalating to superintendent in 2017, Peabody became even more involved with ESCNJ, connecting with the central administration as a member of the statewide ESCNJ Co-Op.

“It is an honor to become a member of ESCNJ’s Executive Committee given their demonstrated commitment to excellence,” Peabody said in a prepared statement. “Having worked hand-in-hand with numerous past superintendents, business administrators, and directors in the various roles I have had over the years within the Spotswood School District, I have seen the service ESCNJ provides – it is truly a model organization within our state.”

“It is my hope that the insight I can provide as an employee of the Spotswood School District for the last 27 years, from the various administrative roles that I have held, and as a resident of the county, will bring a valuable perspective to the ESCNJ board,” he said in the statement.

Within the Spotswood schools, Peabody has worked in numerous positions, including assistant superintendent of Curriculum and Instruction, another skill set he brings to ESCNJ.

“Graham Peabody’s ongoing experience with our services will make him a valuable addition to our Executive Board,” ESCNJ Schools Superintendent Mark Finkelstein said in the statement. “As we prepare for the 2021-22 school year, we look forward to the superb input and support Peabody will provide for our commission.”

To learn more about ESCNJ and its programs, visit www.escnj.us.