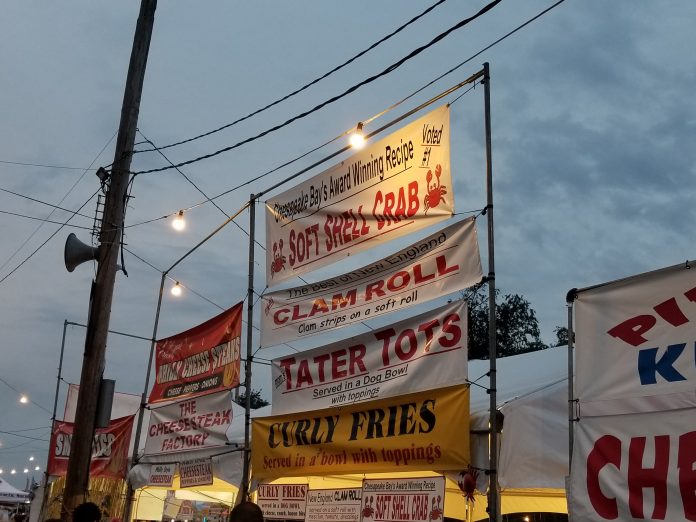 Coming from New York City, specifically Brooklyn, I wasn’t exactly familiar with a state or county fair. My only exposure to it is what I saw in movies or on television shows. So when I moved to Middlesex County as a child and saw the county fair for the first time, it was a bit of a culture shock.

This city slicker was finally able to see what I could only see on an episode of “The Andy Griffith Show” or “Mayberry, R.F.D.” I absolutely loved getting to see all of the award-winning farm animals, fruits and vegetables, jellies and jams, quilts and other handmade garments.

I loved going year after year, but as time passed and my kids got older and I moved out of the area, the trips to the county fair came to a halt.

So when I was asked to go on Aug. 7, it was my first trip to the Middlesex County 4-H Fairgrounds in East Brunswick in nearly 30 years. And I have to say, I don’t know what happened – but I don’t get it.

While that “COVID” thing is rearing its ugly head again, you couldn’t tell that on the Saturday night I visited the fair.

The traffic was backed up on Cranbury Road in East Brunswick for a few miles and the makeshift parking lots were filled.

Throngs of people were at the entrance purchasing tickets, and even longer lines of people were waiting to get cash out of the portable ATM machine on site. After paying the $10 admission (which is a lot more than I remember it to be), we were in.

My initial reaction was that it is so different than what it used to be, and what you would expect at a “fair.”

It seemed to me that it was more like a carnival than a “county fair.” There were quite a few rides and games of chance – the very same rides and games you would see at any local carnival or street fair.

Food vendors lined two aisles, but there wasn’t much to be seen as far as local fare. Again, they were the usual food vendors you would happen upon if you went to any local town street fair, there was no local fare.

Where were all the local farmers, all of the local growers, canners, bakers, etc., who would come to share their prized products and concoctions for consumption?

Is it COVID-related (always a ready assumption now) or have all of the resident artisans died off, or been pushed out and overrun by new construction and development in the area?

But, alas, I came upon a vendor selling tater tots in a dog bowl – yes, in a dog bowl. What the heck is that about? A dog bowl? So no homemade jams, no locally grown corn on the cob, no locally produced pulled pork sandwich, but I can eat some fried potatoes from a dog bowl?

I was disappointed to see there was nobody viewing the award-winning fruits and vegetables, virtually nobody checking out the amazing and beautiful award-winning quilts and other handmade pieces, nobody looking at the creative artwork and photography.

Farm animals? I thought I would be seeing award-winning cows, pigs, goats, sheep, etc. And there were a few people admiring the few sheep and the goats, in cages. And you could buy feed for them so you could slide it into a PVC pipe. Again, COVID-related? I don’t know, I didn’t ask. I am not big on having animals confined in cages anyway. But that is another story.

But no pigs, no cows – there was a single steer with its back turned to the crowd – no other farm animals you usually see winning awards at fairs. There were horses, mini horses, who were on site for pony rides for children.

But there were no horses pulling sleds; no pig races – no pigs at all. I mean, what’s a county fair without the presence of pigs? Am I missing something?

The grounds were packed with people, but most were on lines for the rides. It was as if the fair was totally dismissed and the only thing people cared about were the carnival rides.

No pigs, no local farmers with their wares. I could only find one stand with fresh local produce – one. Hauser Hill Farms in Old Bridge was the lone local farm selling its produce. But I could get potato to eat in a dog bowl.

Alan Karmin is a correspondent for Newspaper Media Group.