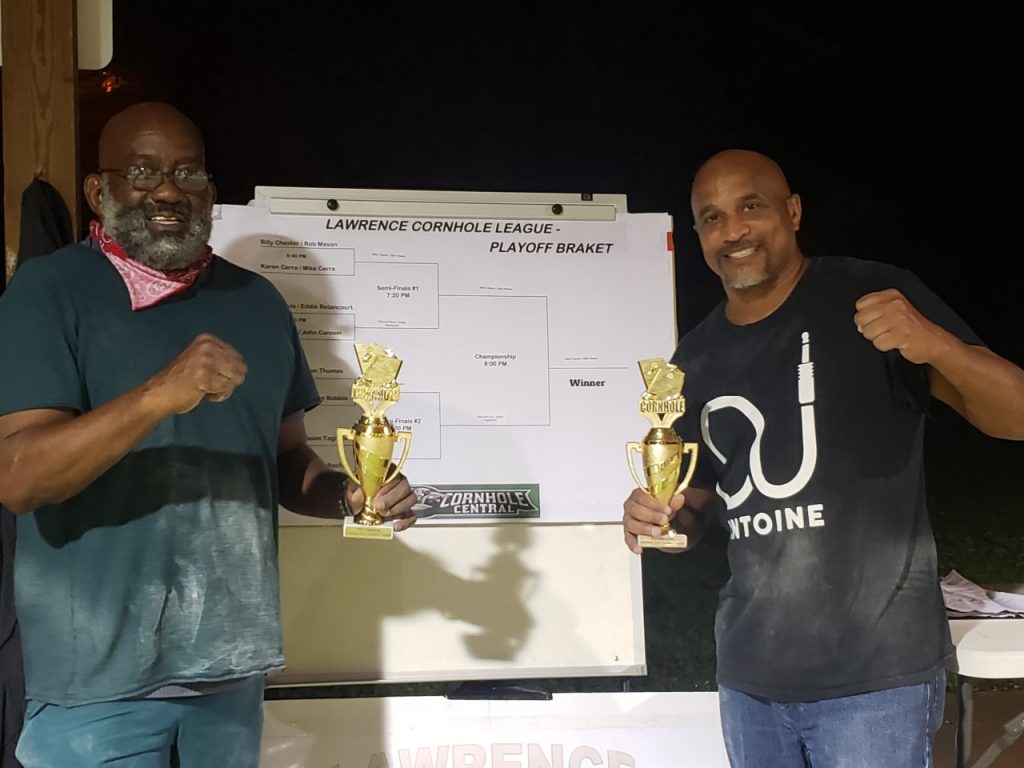 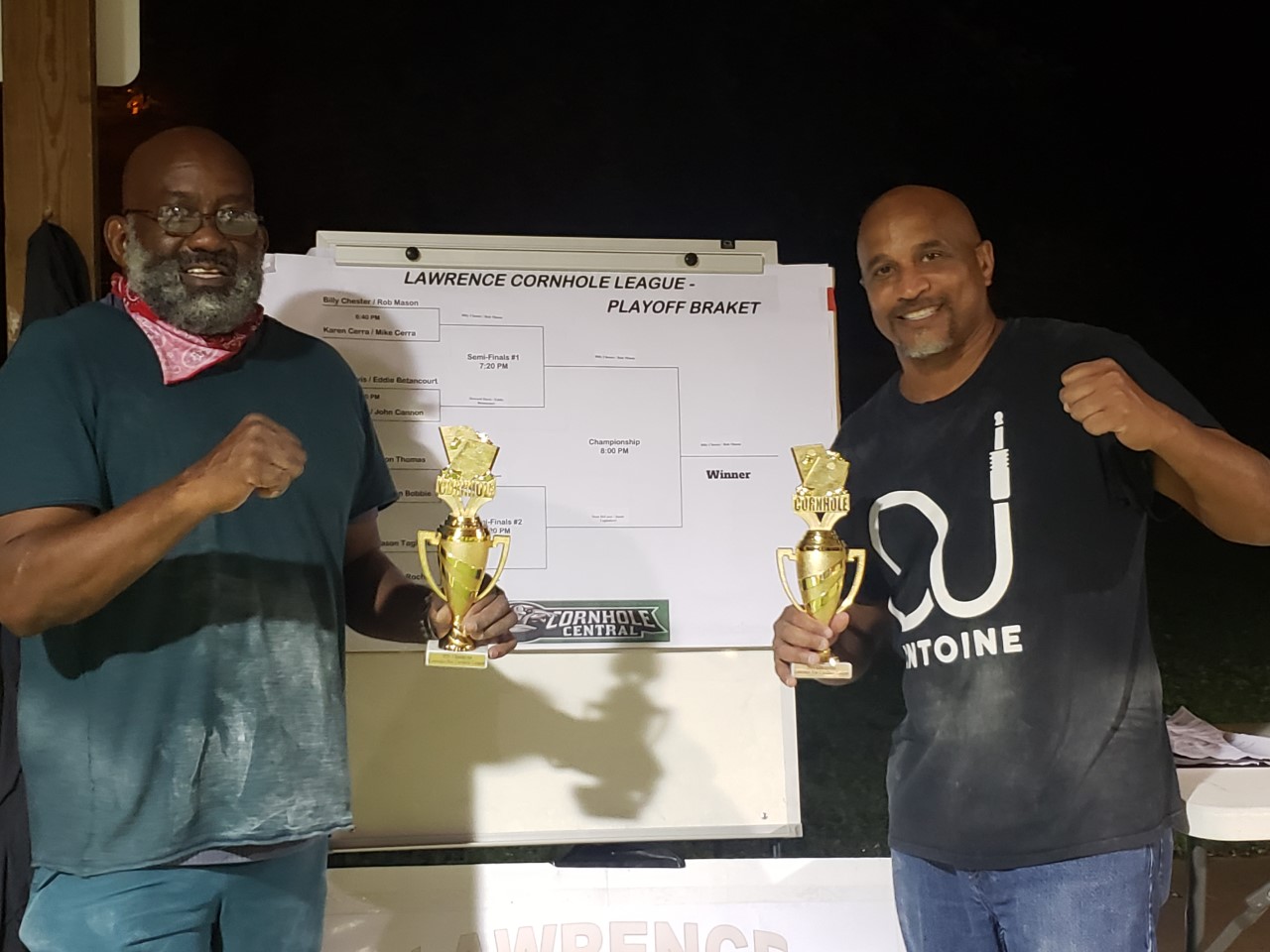 What do members of Lawrence’s first official cornhole league do when they are faced with countless county-wide tornado warnings on the same night as their highly anticipated playoff series?

On July 29, eight teams of two took to the turf at Veterans Park to battle it out in the playoffs to determine who would earn the coveted crown of “boss of the toss.” The tournament started much like most of the seven previous Thursday evenings had: with balmy summer temps, a lot of laughs, newly formed friendships, good music (courtesy of DJ Rob Mason), a bit of smack talk, and the traditional coin flip.

Midway through the first matches, however, the music and chatter under the pavilion were drowned out by the synchronous sound of 16 smartphones unapologetically alerting their owners to seek shelter, drowned out only by a large crack of thunder that took four opposing teams and made them temporary teammates, swiftly securing everything under the pavilion before proceeding in a soggy, splashy, parade into the welcoming arms of American Legion Post 414.

Not to be outdone by Mother Nature, as soon as the immediate threat had passed, the music continued, the banter gained momentum, and the players played on – this time with the added backdrop of a roof being pummeled by rain, and with a torturously mouthwatering aroma being cast like a net over the courts by local grill-master (and league founder) Billy Chester.

The only thing more fierce than the storm was the competition. After some (literally) head-turning battles at the quarterfinal and semifinal levels, two teams emerged to fight for this inaugural season’s top trophies. This ESPN-worthy, edge-of-your-seat, don’t look away combat featured Jason Tagliaferri and partner Jim Palombi taking on Chester and Rob Mason, the latter two going undefeated during the regular season.

However, the unanimous “team to beat” was not to be beaten, as Chester and Mason defeated their worthy opponents three games to one in a best of five series, and giving new meaning to the phrase “stronger than the storm.”

A big “corngratulations” to this year’s champs and to all of those who participated this summer.

And thanks to the Lawrence Township Recreation Department.

Keep your ears peeled for updates and announcements about the next season of the Lawrence Cornhole League.