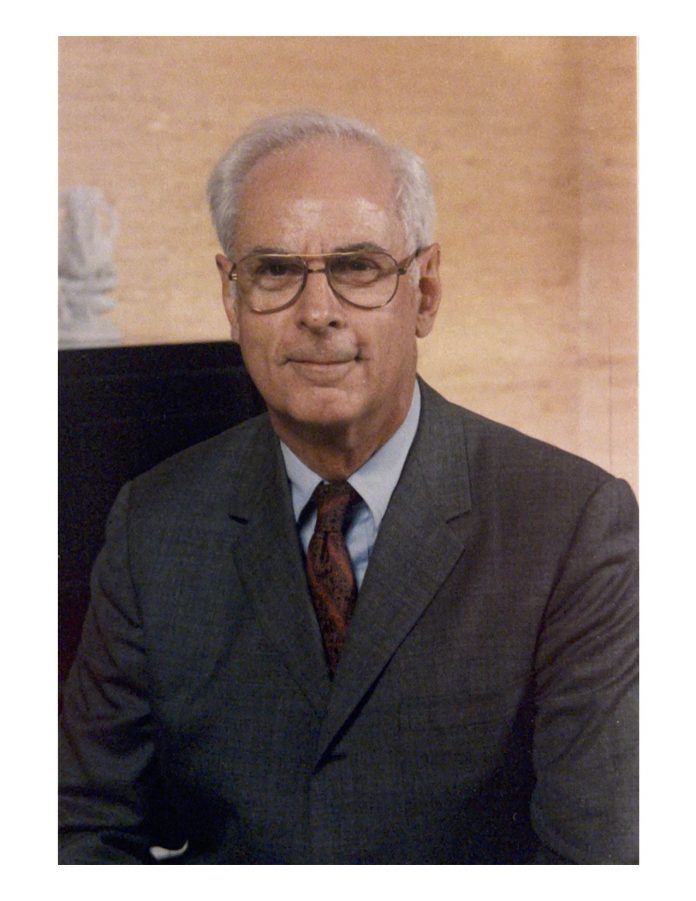 Dr. Van Horn moved to Princeton with his wife, Margaret “Peggy” R. Van Horn, M.D., a psychiatrist, in 1962. While they raised their family of four children, first on Gulick Road and then across town on Stuart Road West, Dr. Van Horn started his private practice, the Princeton Orthopedic Group, P.A., one of the first professional associations in the state. Dr. Van Horn was a stalwart at the Princeton Hospital (Princeton Medical Center) where he saw patients for decades, and served many local schools, including Princeton University, Lawrenceville, Hun and Peddie, as well as other institutions such as Meadow Lakes and Rossmoor. Seeing a need for a local source of post-operative physical therapy, he founded Physical Therapy of Princeton. In addition to his medical practice in Princeton, Dr. Van Horn taught at the Robert Wood Johnson Medical Center.

Born in Springfield, MA in 1929, Dr. Van Horn grew up in Churchville, NY, outside of Rochester, where he kept a trap line, bred pigeons, and canoed the Genesee River with his younger brother, Pete. He graduated cum laude from Mount Hermon School (now Northfield Mount Hermon) in 1947 and from Yale in 1951, and then received his medical degree in 1955 from New York Medical College. After completing an internship at the General Hospital, University of Rochester, NY, he served two years in the U.S. Army as a flight surgeon, including training at the U.S. Air Force School of Aviation Medicine in Texas. After his military service, Dr. Van Horn returned to his studies as a resident in General Surgery at Tufts Medical School until 1959, when he received a fellowship in Orthopedic Surgery from the Mayo Clinic. It was at the Mayo Clinic that he fell in love with Peggy Ross, a young psychiatric fellow. Upon completion of the fellowship and receiving a Master of Science degree in Orthopedic Surgery from the University of Minnesota, he and Peggy married in 1961, and together they moved to Princeton.

During the latter part of his career, Dr. Van Horn volunteered with various organizations, performing surgery in underserved areas in Pakistan and in the Amazon River Basin in Brazil. After retiring in 1993, he travelled extensively with Peggy in various parts of the world including India, the Netherlands, Botswana, Tanzania, and China, but was particularly drawn to the more remote places such as the Alaskan Pribiloff Islands, the Galapagos Islands, and the lush jungle areas of Peru and Costa Rica. He enjoyed skiing, tennis and puttering around fixing things at his retreat on Lake Wallenpaupack in the Poconos, and later, on Virgin Gorda.

Dr. Van Horn died peacefully at home at Meadow Lakes in Hightstown, N.J., surrounded by family who were gathered for the celebration of his 60th anniversary of his wedding to Peggy, who survives him. Also surviving him are his four children, Barbara V.H. Yocum, of Snowmass Village, CO, Valerie V.H. Pate of Richmond, VA, Alison K. Van Horn of Washington, D.C., and Paul E Van Horn, III of Brooklyn, NY, their four spouses and nine grandchildren.

A Memorial Service will be held on Saturday, August 28 at 3 pm. at the Forsgate Country Club in Monroe Township, N.J. followed by a reception. In lieu of flowers, the family requests that donations in his name be made to Esperanca (Esperanca.org) or the Sierra Club (Sierraclub.org)