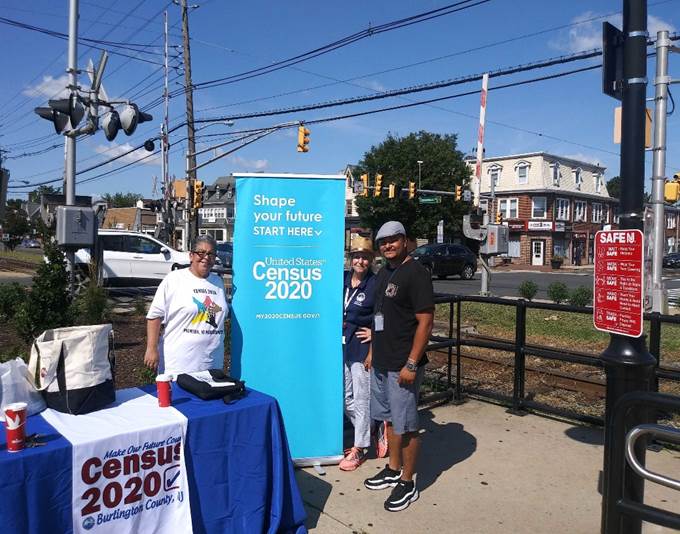 The Burlington County Commissioners shared information from the first local level results from the 2020 census, and the county’s 3% population increase during the past decade.

Among Burlington County’s 40 municipalities, Evesham continues to have the largest population with 46,826 residents. Fieldsboro is the smallest with 526.

“Burlington County is one of the best places in America to live, work and raise a family and these census numbers reflect that,” Commissioner Director Felicia Hopson said in the statement. “Our county shows how great schools, good government, outstanding businesses and a unified commitment to preserving history, the arts and the environment can be a great recipe for growth.”

Ensuring an accurate local census count was one of the Commissioners’ 2020 initiatives and prompted the board to appoint Tammi Bathke as the county’s first census coordinator. In the part-time position, Bathke led the county’s census education campaign and organized or attended more than 100 outreach events where she and other volunteers recorded more than 3,000 interactions with county residents.

More than 77% of Burlington County households self-responded to the census, a more than 2 percentage point improvement over the county’s 75% self-response rate in 2010.

“It’s clear the hard work performed by Tammi Bathke and all our county volunteers paid off in a very big way and helped ensure that these numbers accurately reflect the population of our counties and our municipalities and communities,” Hopson said in the statement. “There are more than just numbers; they reflect real people and families and real needs. An accurate population count makes certain New Jersey and our county will receive our fair share of federal funding for schools, hospitals, roads, public works and other vital services. It’s incredibly important, so we want to thank Tammi and all who assisted with the count, as well as all our civic-minded residents who participated.”

In addition to helping to determine federal funding, the new population data will be used to redraw the boundaries of New Jersey’s congressional districts and legislative districts.