Families of Princeton Orchards apartment fire in need of assistance 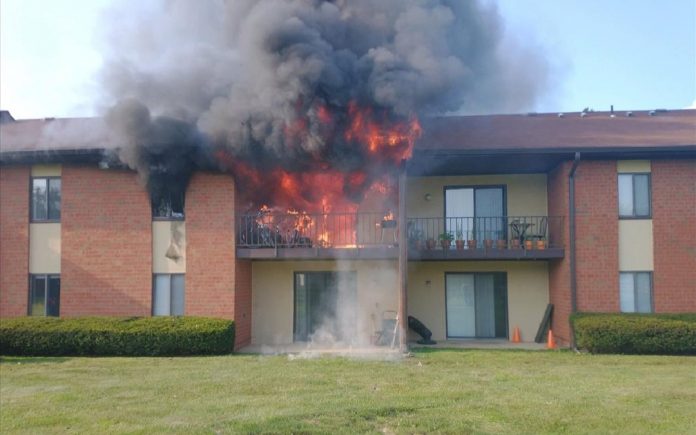 A fire at the Princeton Orchards Apartments on Aug. 6 left eight school children and their families with a significant loss.

The South Brunswick Community Resource Team is collaborating to gather donations to distribute to these families to help meet their immediate needs for clothing, food, school supplies and other items.

The families are mostly in need of gift cards to Walmart, Target, Amazon, Stop & Shop, Shop Rite and other drug stores.

Donations will be collected through Sept. 20.

Direct questions to Jeanne Wert of Social Services at jwert@sbtnj.net or Amy Finkelstein from the school district at Amy.Finkelstein@sbschools.org).

At 5:30 p.m. on Aug. 6, the Monmouth Junction Fire Department was dispatched to the Princeton Orchards Apartments off Ridge Road for a kitchen fire.

Police officers, along with Monmouth Junction Fire Chief Scott Smith and Deputy Chief Sean Wert, arrived to find smoke coming from Building E of the garden apartment-style building, according to information provided by Smith. Firefighters encountered heavy fire conditions in Apartment E on the second floor in the center of the building.

Due to the volume of fire and the need to search the other units in the building for victims and fire spread, the fire went to a third alarm, according to the statement. A total of 12 fire trucks and over 60 firefighters responded, including firefighters from Monmouth Junction, Kendall Park, Kingston, Jamesburg, Plainsboro, North Brunswick Co. No. 2, Monroe Fire District No. 3, and Brookview.

Firefighters from East Brunswick District No. 1, Monroe Fire Co. No. 1, Montgomery Fire Co. No. 2, and Little Rocky Hill covered South Brunswick fire stations during the fire and responded to two other incidents, including a truck fire on Route 522, according to the statement.

Ambulances from South Brunswick, North Brunswick and Monroe responded to the apartment fire. One resident and one firefighter were treated at the scene for heat exhaustion.

Firefighters conducted an aggressive fire attack and were able to contain the fire to the single unit of the 12-unit building, Smith said in the statement.

“This was a challenging fire for firefighters. We had a large building with a rapidly spreading fire and a dozen apartments to search, plus humid weather that took a toll on the crews,” he said.

Three other apartments off the same common hallway as the fire apartment suffered smoke and water damage and were all deemed uninhabitable. The fire is under investigation by the South Brunswick Township Fire Safety Bureau.