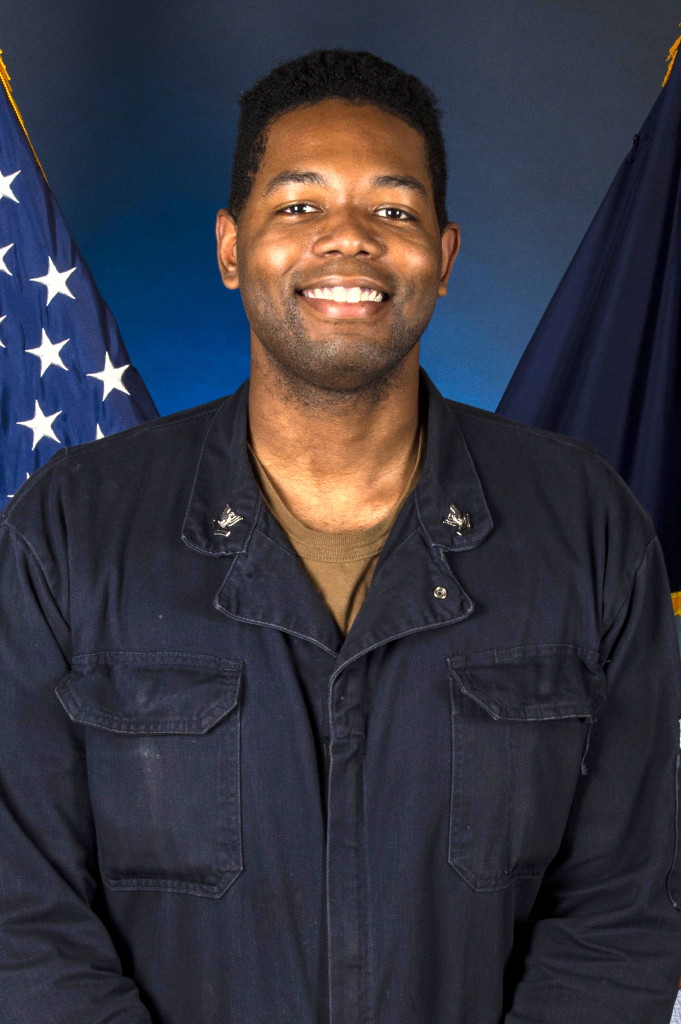 “I wanted to make my family proud,” Sledge said.

According to Sledge, the values required to succeed in the military are similar to those found in Tinton Falls.

“I learned that manners will take you places talent can’t,” Sledge said in an article provided by the Navy.

“Mighty Ike” is a nuclear powered aircraft carrier named for Dwight D. Eisenhower (or “Ike”), one of four five-star Generals of the Army and a hero of World War II, who would later serve as the 34th President of the United States of America.

“President Eisenhower is remembered for his enduring virtues of duty, honor, integrity and decency,” said Capt. Paul F. Campagna, commanding officer of USS Dwight D. Eisenhower. “We see these every day in the content of character and quality of work shown by sailors assigned to Mighty Ike as they keep this city on a ship operating safely.”

The Mighty Ike, like each of the Navy’s aircraft carriers, represents an enduring investment in America’s security. Each carrier is built to provide a formidable response to just about any global crisis.

When the air wing is embarked, the ship carries more than 70 fighter attack jets, helicopters and other aircraft, all of which take off from and land aboard the carrier at sea and can provide over-the-horizon and from-the-sea combat air power anywhere in the world within 12 days.

This inherent flexibility is why aircraft carriers are often the first response to a global crisis and a proven solution for protecting America.

“The Mighty Ike crew launches and recovers aircraft at sea every day, and there are thousands of tasks that make this possible,” Campagna added. “Whether the 4,500 sailors on board work to provide power to the ship, repair aircraft, steer Ike through congested waters, prepare over 14,000 meals a day, work in laundry or keep our waste water moving, every job is critical and must be performed well for this ship to execute assigned missions from the Atlantic Ocean to the Indian Ocean and everywhere in between.

“No other nation can do what we do at the pace we do it, and it is because of the incredible men and women from all over who volunteer to serve and represent the best of our namesake and our country,” Campagna said.

Homeported in Norfolk, Va., Eisenhower is longer than three football fields at 1,092 feet. The ship is 252 feet wide and weighs more than 100,000 tons. It has two pressurized water reactors producing more than 260,000 shaft horsepower that drive four massive propellers at a max speed in excess of 35 mph.

Serving in the Navy means Sledge is part of a world that is taking on new importance in America’s focus on rebuilding military readiness, strengthening alliances and reforming business practices in support of the national defense strategy.

“We have a lot of coverage all over the world,” Sledge said. “This is crucial in fighting terrorism and piracy at sea.”

With more than 90% of all trade traveling by sea, and 95% of the world’s international phone and internet traffic carried through fiber optic cables lying on the ocean floor, Navy officials continue to emphasize that the prosperity and security of the United States is directly linked to a strong and ready Navy.

As a member of the U.S. Navy, Sledge as well as other sailors know they are a part of a service tradition providing unforgettable experiences through leadership development, world affairs and humanitarian assistance.

Their efforts will have a lasting effect around the globe and for generations of sailors who will follow.

“Being in the Navy means having that camaraderie with a tight-knit family, and having a sense of purpose knowing you are doing something bigger than yourself,” Sledge added.

This article was written by Rick Burke of the U.S. Navy Office of Community Outreach.