Robert Alexander Campbell, 96, of Hightstown, passed away on Wednesday, August 18, 2021, at Merwick Care and Rehabilitation Center in Plainsboro, NJ.

Born on August 23, 1924, Bob was raised in Hightstown and resided there his entire life. He was a Navy veteran of WWII serving on the destroyer, John D. Henley, in the Pacific as a radarman. After the service, Bob worked for a local carpenter for twelve years. At the age of 70, Bob retired from McGraw-Hill after working 34 years as a General Manager of General Services.

Bob was a member of the First United Methodist Church and the VFW Post 5700. He was also a member of the Hightstown Apollo Lodge #41 F&AM. He served as Worshipful Master in 1972 and was appointed as a Grand Chaplain on the 2004-2005 Grand Staff. He was active in lodge all his life serving on many committees. Bob played for a local softball team, the Southenders, for many years. He was also an avid hunter and was a member of the Hightstown Gun Club and PA Gun Club. In his later years, he enjoyed golfing and gardening.

Bob was the son of the late Margaret Farr Campbell and Clarence Campbell and predeceased by his brother, John. He is survived by his loving wife of 46 years, Deborah; his daughter, Christine and her husband, Larry Phillips, of Eubank KY; his son, David A. and his wife, Nicole, and his twin granddaughters, Savannah and Aubrey of Highlands Ranch, CO; his son, Robert E. and his wife, Dorothy, of Hightstown; his granddaughter, Colleen and her husband, John Rivello; and his 4 great-grandchildren, Nicholas, CJ and twins, Kathleen and Gianna of Hawthorne, NY.

The Campbell family requests that masks be worn by all non-vaccinated attendees at the gathering for Bob.

Contributions may be made in Bob’s memory to the Hightstown Apollo Lodge #41 F&AM or the Alzheimer’s Association by visiting In Memory Of at inmemof.org. 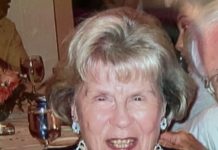 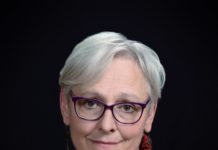 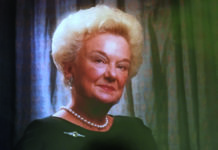