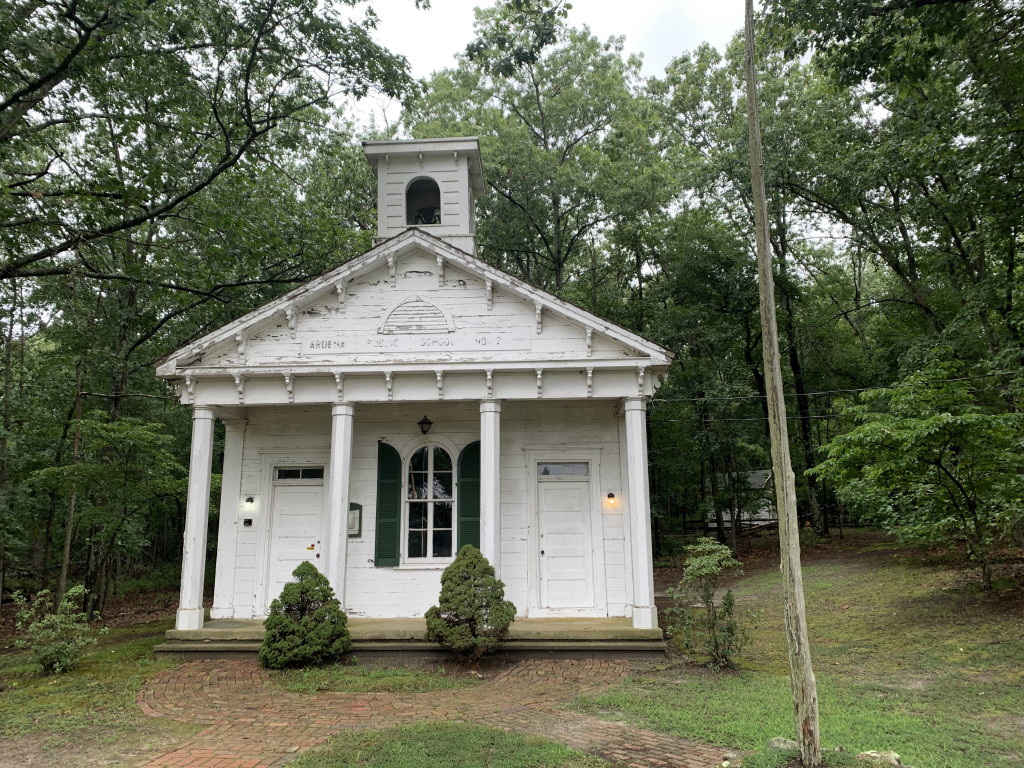 HOWELL – A public hearing will be held on Sept. 14 when Howell officials consider an ordinance that will, if adopted, authorize a lease agreement between the township and the Howell Heritage and Historical Society regarding the Old Ardena Schoolhouse.

The historic one-room schoolhouse is on Old Tavern Road in Howell.

Members of the public may comment on the proposed lease agreement during the Sept. 14 public hearing.

A previous lease agreement existed between the township and the now defunct Howell Historical Society and Committee for the purpose of operating and managing the historic schoolhouse.

If the proposed ordinance is adopted, the township manager will be the municipal official responsible for the enforcement of the lease being authorized.

The Howell Heritage and Historical Society formed in 2019 to take ownership of another historic site, the MacKenzie Museum and Library on Lakewood-Farmingdale Road (Route 547). Efforts are being made to renovate and restore that building. Bob Novak is the president of the society.

Prior to the start of the coronavirus pandemic in March 2020, the society’s directors believed the MacKenzie house and the Old Ardena Schoolhouse could have been reopened during the year. However, that did not occur as public activities were cancelled for the remainder of the year.

Novak said if the ordinance regarding the Old Ardena Schoolhouse is adopted, the lease between the parties will be signed and the society will look to celebrate the achievement with stories and pictures.

The Old Ardena Schoolhouse is at the intersection of Old Tavern and Preventorium roads and is one of the few one-room schoolhouses remaining in Monmouth County that offers a look back to a time when school was a luxury for residents.

The Ardena schoolhouse’s first home was on Adelphia-Farmingdale Road (Route 524), across from the present-day Ardena Baptist Church.

The original Ardena schoolhouse was built in 1835. The schoolhouse the society is seeking to lease from the township was constructed in 1855 to replace the original building.

When Howell’s consolidated school opened in 1939, the one-room Ardena schoolhouse was sold and moved to the East Freehold section of Freehold Township where it was used as an upholstery shop.

The one-room schoolhouse returned to Howell when the (now defunct) Howell Historical Society and Committee purchased it in 1973 and made plans to move the building to its current location at the corner of Old Tavern and Preventorium roads.

For some time after the building was moved to Old Tavern Road, the historic Ardena schoolhouse was open to the public on a regular basis.

According to a history of the building, a pot-bellied cast iron stove provided the only heat for the schoolhouse. Older boys would move the stove to the center of the room for more even heating on frigid days. The worn wooden floor is a testament to the decades of students who learned their lessons in the single classroom.