The building construction of the new Cranbury Public Library is still on track for completion by the end of June 2022.

There had been previously a two-week delay in construction that has since been resolved.

“We had a two-week delay due to the county not seeing that we had proper permit, but that is resolved,” said Kirstie Venanzi, president of the Cranbury Public Library Board of Trustees. “The construction company says we are still on track to be complete by end of June 2022.”

The new library structure will be located at 30 Park Place West on a 14-acre parcel of land, and when complete is also going to be within walking distance of the Cranbury School.

The Library Board of Trustees, in the spring, had awarded the construction contract to J. H. Williams Enterprises, Inc.

In the months of June and July, the construction company configured, excavated and prepared the site. The footings were poured in August, which support the foundation of the building. By October, the framework would begin and come November the roof should be on the building.

“Interior work will begin in January with the installation of electric and HVAC systems,” Marilynn Mullen, director of the Cranbury Public Library, wrote in the library’s September newsletter.

“Dry wall will be installed in February, interior lighting in March, interior finishes and casework in April, and final mechanical and electric in May. That leaves June for the final landscaping and exterior lighting,” she wrote.

The proposed one-story library building would be close to 11,600 square feet and include a children’s area, teen area with laptop networking capability, adult section, an 80-person capacity large community meeting space, study rooms, gallery, a creative space, and an archive to hold the Cranbury Historical and Preservation Society’s files and materials, according to the Cranbury Public Library Foundation website.

Before construction, a groundbreaking ceremony was held on the property site in April.

In the fall of 2020, the library’s Board of Trustees had been informed that they would receive the $2.32 million in state funds the library applied for from the New Jersey Library Construction Bond Act (LCBA).

The LCBA was approved by New Jersey voters in a statewide referendum in 2017. The $125 million available through the LCBA provides funding for local library construction and renovation projects. The act’s co-sponsors in the State Senate and Assembly included Linda Greenstein and Daniel Benson.

The Cranbury Public Library project was one of 38 selected out of 139 applications and would be the first project to move ahead.

The Cranbury Public Library was awarded funding from the first round of LCBA, which distributed $87.5 million in funds.

Private donations which had already been raised are in the amount of $2.4 million. The funds to match the grant have come from private fundraising through the Cranbury Public Library Foundation and the Board of Trustees reserving funds through the years for a new building.

Library Board of Trustees and administration surveyed residents in 2006 about the idea for a new building. The survey found that a vast majority of residents liked the library. A capital assessment of the town was then conducted to see if the library would be able to raise the money, which was confirmed.

The Cranbury Library Foundation would be established in 2009 and raised more than $2 million in private donations since 2010. 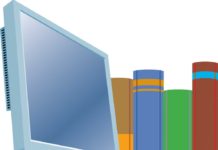 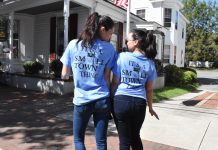 ‘A small town thing’ : Cranbury Day 2021 proves to be another success 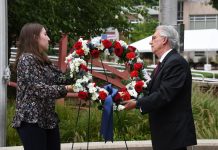 Twenty years later, We will never forget: Former Pennsylvania governor continues to ‘tell the story’ of those lost on Sept. 11 during Rider University’s...