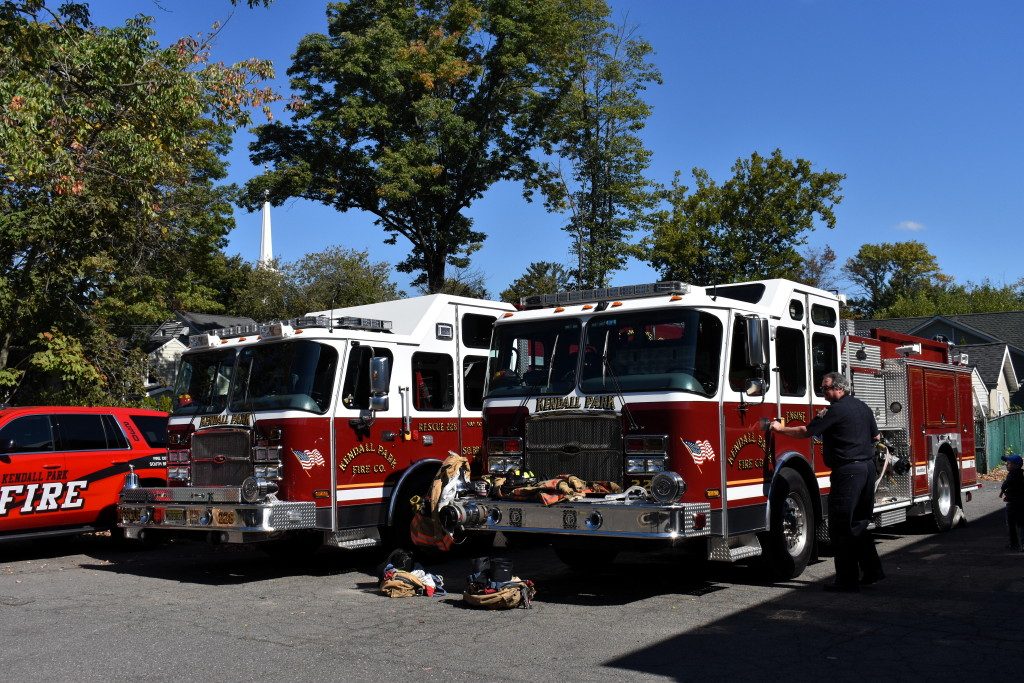 The ordinance, which was introduced at the council’s Aug. 17 meeting, would bring together career and volunteer firefighters into what is known as a combination fire department.

“The ordinance is the culmination of the hard work of Emergency Management Coordinator Jack Oakely, and the consent of the three volunteer fire companies,” Municipal Manager Kevin Nerwinski said.

Since the Slackwood Fire Company was established in 1907, township residents have relied on volunteer firefighters to put out fires. The Lawrence Road and Lawrenceville fire companies were organized later.

Lawrence Township eventually hired a handful of career firefighters – initially, to drive the fire trucks after the volunteers arrived at the fire station – and later complete a full firefighter crew.

The recommendation to combine the career and volunteer firefighters into the Lawrence Township Fire Department was one of 38 recommendations contained in a 171-page report prepared by the Rodgers Group consulting firm.

“The benefits of a single organization include standardized apparatus (fire trucks) and equipment, training and procedures and more importantly, a single command structure,” the consultant’s report said.

The ordinance creates the new position of chief of Fire & Emergency Medical Services, who will be appointed by the director of Public Safety. The chief’s duties will include establishing policies and procedures, and implementing a training program for firefighters and emergency medical technicians. The chief would also help the deputy chiefs of the three volunteer fire companies to develop a volunteer recruitment program.

The three volunteer fire companies would maintain their autonomy “consistent with their charters and as non-profit organizations in all respects except for fire ground operations,” the ordinance said.

Each volunteer fire company would elect a deputy chief, a battalion chief, a captain and three lieutenants from among their membership. The officers would have to be approved by the chief and the director of Public Safety.