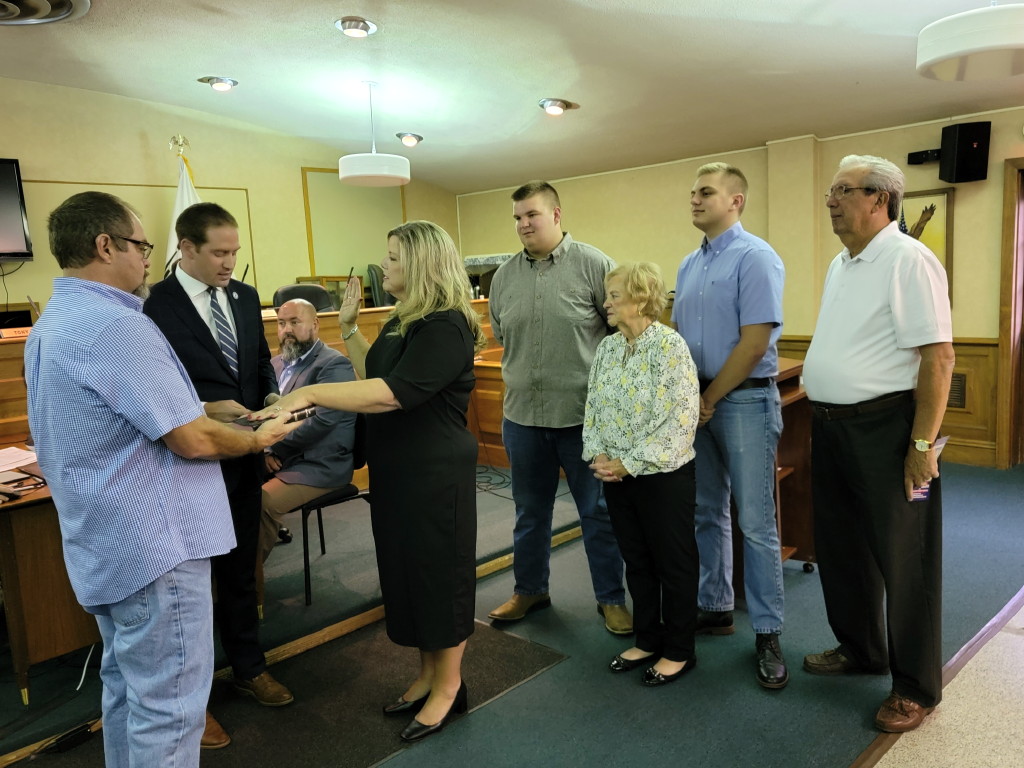 MIDDLETOWN – The members of the Township Committee in Middletown have appointed Kimberly Kratz to fill a vacant seat on the governing body.

In August, Committeewoman Patricia Snell resigned from her seat on the governing body. Snell announced her family was relocating from Middletown to Georgia.

During a meeting on Sept. 7, Kratz was nominated to fill the vacancy and Mayor Tony Perry, Deputy Mayor Rick Hibell, Committeeman Ryan Clarke and Committeeman Kevin Settembrino voted “yes” on the motion to appoint Kratz.

According to a press release from the township, Kratz currently serves as chairwoman of the Middletown Municipal Drug Alliance after being a board member for several years.

The alliance is a community-based volunteer organization that plans and implements events and programs to decrease the use and misuse of alcohol, tobacco and other drugs, especially among youth.

Kratz has volunteered with Middletown Meals on Wheels, and she advocates for children with special needs and donates time to the local food pantry, according to the press release.

Kratz took the oath of office as her husband, Willis, held the Bible and her parents and sons stood by to support her.

“Kim has been a dedicated community volunteer and a leader as the chairperson of our Municipal Drug Alliance, as well as an ardent supporter of Middletown’s law enforcement with her family’s annual Back the Blue fundraiser,” said Perry. “I am looking forward to working with Kim on continuing to build a Middletown for future generations and preserving the quality of life.”

Kratz holds the Middletown Back the Blue fundraiser to support local law enforcement. The organization has raised nearly $10,000 since it was founded six years ago, according to the press release.

She is a 22-year business manager for Middletown-based Kelly & Company, CPAs, and is a partner with her husband in Affordable and Reliable Home Improvements.

Kratz will serve as a township committeewoman until the certification of the Nov. 2 election.

“You have big shoes to fill,” Perry told Kratz after the new committeewoman took her seat on the dais. “Patricia Snell was a great committeewoman. I am confident you will be able to fill those shoes. We are all proud to have you up here with us.”

“I am honored to have been selected by the Township Committee to serve the residents of Middletown,” Kratz said. “As a lifelong resident and a mother of two teenage boys, I want to ensure Middletown remains the great place I know and love. I am looking forward to continuing all of the good work this Township Committee has done.”

In other business, the committee authorized an additional item of funding in the 2021 municipal budget, specifically a $3.29 million grant from the state of New Jersey, Local Fiscal Recovery Fund – American Rescue Plan Act.

State law permits the insertion of any special item of revenue in the budget of any county or municipality when the item has been made available by law and the amount was not determined at the time of the adoption of the budget.

Middletown officials will include the $3.29 million grant as revenue in the budget, according to a resolution.

Finally, the committee awarded a contract for Americans with Disabilities Act improvements to township parks (Phase I). According to a resolution, Jads Construction, South River, was the lowest responsive bidder. The township’s consulting engineers recommended that the company be awarded the contract in the amount of $414,479.