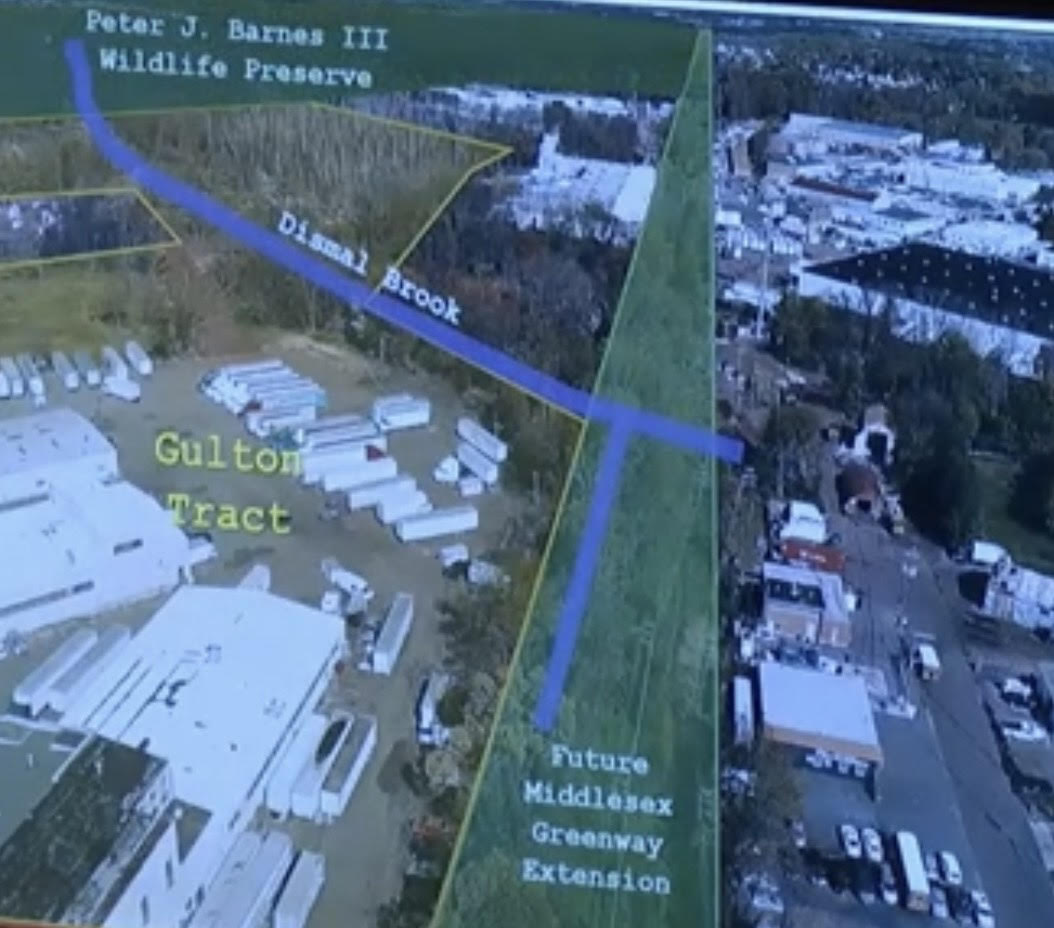 METUCHEN – Borough officials are moving forward in efforts to preserve the access area to the vast Peter J. Barnes III Wildlife Preserve and prevent new industrial warehouse distribution facilities and truck related uses to move into what is known as the Gulton Tract.

The Borough Council will consider the second reading of an ordinance adopting a redevelopment plan for the Gulton Tract at 212 Durham Ave. at a meeting on Sept. 27. The council introduced the ordinance on Sept. 13.

Jim Constantine, borough planner and principal at Looney Ricks Kiss (LRK) in Princeton, discussed the proposed redevelopment plan at a meeting on Sept. 13. He said, unlike the Oakite redevelopment plan on Middlesex Avenue, which has actual projects that are ready to move forward – the Artis memory care facility, assisted and independent senior living and a daycare use – the Gulton redevelopment plan is essentially a framework to preserve public access.

“We want to try to shape and craft a more restricted footprint for development,” he said, explaining the Gulton tract currently has a variety of active industrial uses with areas of ongoing environmental cleanup.

Mayor Jonathan Busch said the fundamental question for the Gulton site is “Do you want any more truck traffic to come to and from the area?”

The area is zoned for light industrial, which can allow for warehouse distribution centers, similar to the Amazon fulfillment center on Route 27 in neighboring Edison.

Constantine said the warehouse distribution facilities are a hot sector for the current competitive real estate market. He noted there is no space left at Exit 8A, 8 and 7A on the New Jersey Turnpike for the facilities.

“Let’s face it people sat at home [during the novel coronavirus pandemic] and lots of folks ordered something online,” he said of the demand for smaller distribution facilities in more urban locations.

Busch said he is concerned about the demand to build smaller distribution facilities, which puts the borough at risk of making the truck traffic in the borough worse.

“I personally believe a lot of our truck traffic, at least a good portion of it, is coming and going from [the Gulton tract],” he said.

The mayor noted he was blown away by the number of trucks not only coming and going from the site, but also in storage when officials toured the area as part of the borough’s initiative, “Greenprint: A Plan for Metuchen Recreation, Open Space and Trails.”

“We have the unique opportunity to finally open this space for the community,” Busch said of providing public access to the Barnes preserve from the area for a number of activities such as biking, walking, strolling, bird watching and canoeing. “I don’t think residents realize this space exists.”

The Peter J. Barnes III Wildlife Preserve, formerly the Dismal Swamp, spans Edison, Metuchen, and South Plainfield. It represents one of the last remaining wetland ecosystems in the region.

The proposed Gulton redevelopment plan includes three parcels, A, B and C. The majority of parcel A is wetlands and is not suitable for development. For Parcel B and C, officials are considering the potential for group homes, which is a need in the community.

Constantine said at one time Metuchen was more of a factory town with the Gulton and Oakite sites as the two largest industrial sites in the borough.

At the meeting on Sept. 13, the council also approved the second reading of the amended redevelopment plan for the Oakite site, which is proposed to be redeveloped as a gateway to Middlesex Avenue, incorporating traffic calming measures and a mix of uses including retail and housing units under a revised redevelopment plan proposed for the tract. The site already is home to the Metuchen SportsPlex.