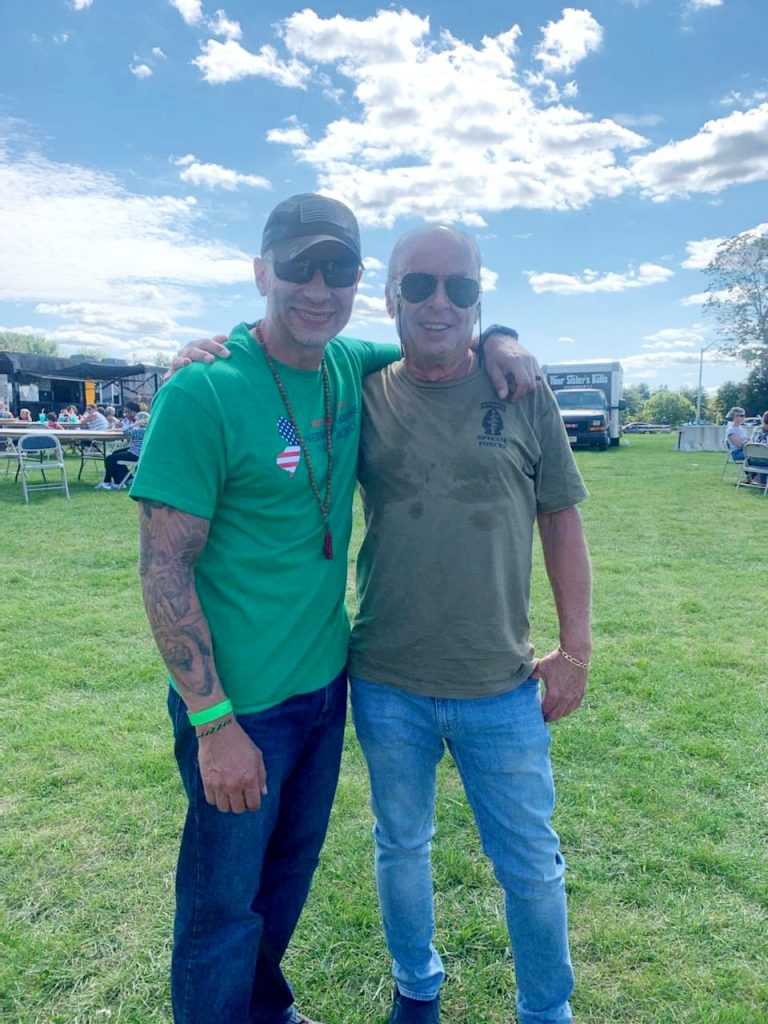 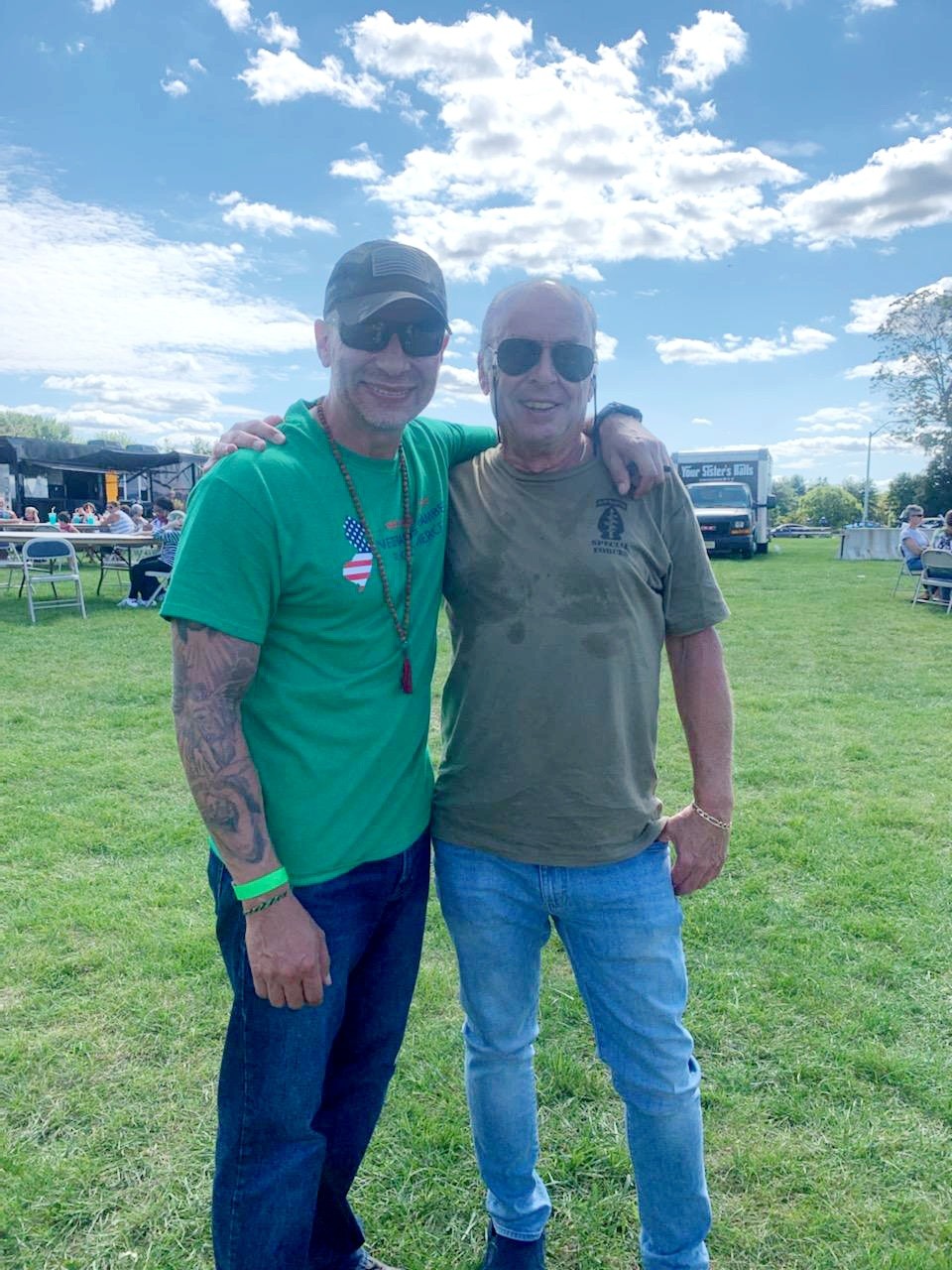 Francisco Cortes served in the U.S. Army for three years, from 1996-99. He served with an infantry combat unit, but never saw combat; instead, he was stationed at the Fort Irwin National Training Center in California, training individuals who would deploy.

He was a corporal squad leader in the 2nd and 11th Armored Cavalry Regiment nicknamed Black Horse.

During a training exercise, the tank Cortes was driving fell into a ditch. He was a gunner, so his face hit the scope and cracked open. He sustained an injury, along with hearing loss from the constant noise of the machinery.

Cortes is now considered a service disabled veteran, which means he is rated as 10% or more disabled by the Department of Veterans Affairs due to physical injury, PTSD, hearing loss, etc.

He is now using his experience and passion to help other service disabled veterans who are transitioning into business careers.

Upon returning from California, Cortes joined the National Guard from 1999 to 2003.

They put a bid on a house and one month later they were living in North Brunswick – that was 15 years ago.

However, because their son was in college and they wanted to spend more time with their younger daughter who was home, Francisco and Claribel made the decision to start a communications firm on their own instead of commuting into New York. They both have a background in television production.

They launched The Setroc Group in 2017, the only service disabled veteran-owned business to be awarded a blanket purchase order by the state for marketing services.

Francisco is now CEO and chairman; Claribel had to step back because of her responsibilities to the county.

The Setroc Group has been busy partnering with the New Jersey Economic Development Authority, the New Jersey Attorney General’s Office and COVID-related matters.

To further his mission of serving veterans, Cortes serves on the Hispanic Advisory Council to the Statewide Hispanic Chamber of Commerce of NJ.

Col. Jeff Cantor of Marlboro worked at the Department of Military and Government Affairs, and after speaking with Cortes years back, Cantor showed an interest in doing more for veterans. They considered creating a chamber and one year later they founded the New Jersey State Veterans Chamber of Commerce.

Since 2018, this has become one of the largest chambers in the state dealing with empowerment for veterans in the business community, Cortes said.

“Not only was it an honor to serve, but it’s also an honor to continue to serve the veteran community,” said Cortes, who is the co-founder and president.

What started as 20 registered service disabled veteran businesses in the state has grown to more than 100. The veteran chamber itself has over 800 members.

It also developed Vet Talks virtually, where industry experts provide expertise to military members who are entering civilian life after their military service has concluded.

As an example of the chamber’s services, Cortes cited a contest held by the Chamber of Commerce in which companies impacted by the pandemic requested assistance. The chamber awarded a $25,000 marketing package including website design, social media presence, a logo and back-end support for a veteran-owned business.

The chamber also partnered with Home Depot to provide 10 $1,000 gift cards to veteran business owners who were impacted by COVID.

More importantly, Cortes said, the chamber is trying to get the state to enforce a law established in 2015 in which 3% of state contract money is awarded to service disabled veteran business owners. He said the 3% goal has never been met. By comparison, New York has a goal of 6% and surpasses that on an annual basis.

“We do as much as we can to push the needle forward for our men and women,” Cortes said.

Cortes cited recent accomplishments of the chamber as creating a drop-off point for clothing for the men and women who served in Afghanistan who have since returned to the United States.

The chamber also held the Veterans Blues & BBQ Festival and motorcycle rally in Marlboro on Sept. 5. There were more than 300 motorcycle riders and more than 1,000 people in attendance. Proceeds will benefit veteran businesses through the chamber, with services and programs such as marketing services, veterans talks, networking events and job fairs.

All of these contributions to the veteran community has led Cortes to receive the Veteran Business Mentor of the Year Award from the American Legion Department of New Jersey.

He said he explicitly knows the struggles business owners face, such as getting capital, dealing with COVID restrictions, handling the government shutdown and building a reputation.

“I know how I had to personally found, own, grow and maintain my own business,” he said. “I want to give back to help other businesses move at a faster pace.”

He said receiving the American Legion award, plus Univision’s Angel Award three days prior, “is quite an honor.”

Currently, Cortes is focusing on plans for Veterans Day in November, as well as coordinating an airborne jump in the spring with the U.S. Air Force, in addition to scheduling next year’s Blues & BBQ Festival.

“I try to take things above and beyond for veterans’ causes and help as much as possible,” he said. “I have met some great men and women who have served our country and I want to give back to the communities they reside in.”