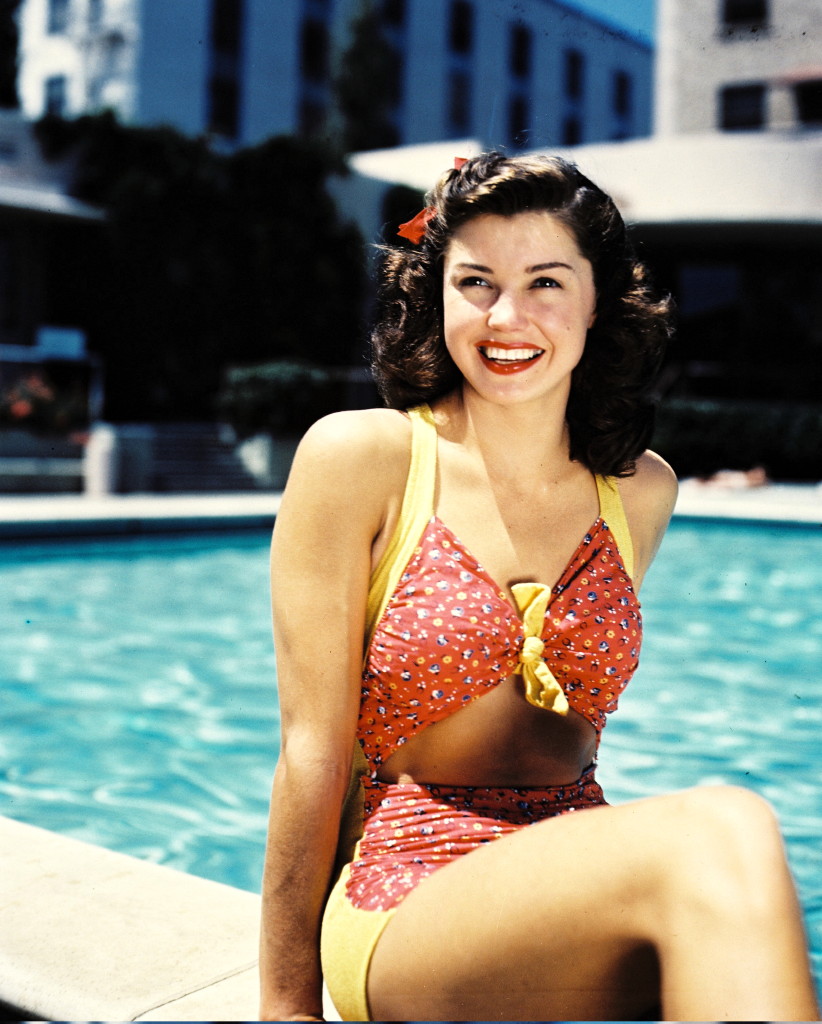 When Hollywood fell in love with bathing beauties, there was only one who could swim laps around the competition.

Esther Williams was a swimming phenomenon in the 1930s, setting numerous regional and national swimming records. She was training for the 1940 Olympics when war broke out in Europe, canceling the event. Instead, Esther joined Billy Rose’s Aquacade, a popular New York swimming musical extravaganza that had recently opened a second venue in San Francisco.

Esther soon caught the eye of talent scouts. 20th Century Fox had made a bundle on Olympic figure skater Sonja Henie, and MGM head Louis B. Mayer wanted in on that action. “Melt the ice, get a swimmer, make it pretty!” he reportedly said, and ordered a pool built on one of MGM’s soundstages.

After bit parts in several movies, Esther got her first starring role in the 1944 musical Bathing Beauty. Red Skelton plays a man who enrolls in a women’s college to win back his fiancée, the swimming instructor played by Esther. Though there were only a few scenes of Esther swimming about, all of the promotional posters featured her in a bathing suit. For the movie’s premiere at the Astor Theatre in New York, MGM had a six-story billboard of Esther diving into Times Square with the caption, “Come on in, the show’s fine!”

Bathing Beauty was a smash hit and led to a series of “aqua-musicals” starring Esther, including Neptune’s Daughter (1949), Million Dollar Mermaid (1952) and Dangerous When Wet (1953), which featured an animated sequence of Esther swimming with cartoon characters Tom and Jerry.

The aqua-musicals all followed the same formula — geeky boy meets wholesome swimming instructor, with the plot eventually dissolving into splashy water balletics amid hokey sea-bottom props. As much as she often wished for more serious roles, the aqua-musicals made Esther one of Hollywood’s most popular, bankable stars.

Hollywood costume designers who had no experience in filming in the water made swimming costumes that were awful for swimming. The plaid flannel swimsuit Esther wore in This Time for Keeps (1947) was so heavy that she was dragged to the bottom of the pool, and had to unzip the suit, swimming naked to the edge of the pool. In 1948, Esther signed a deal with Cole of California swimwear to be their spokesperson, and she and the other swimmers in her later films wore Cole suits.

While Esther always gleamed in the water, it took some doing. In her 1999 autobiography The Million Dollar Mermaid, she revealed that her hair had to be soaked in baby oil and Vaseline. And since regular makeup washed off in the pool, she was caked end to end in colored waterproof cream.

As her cinema mermaid career was winding down, Esther began an entrepreneurial career, putting her name to a line of above-ground pools and signing licensing agreements with swimwear manufacturers.
She would eventually develop her own line, Esther Williams Collection swimwear, designed for maturing women like herself. “Women worldwide are fighting a thing called gravity,” she said in a 1999 interview. “I say to women … ‘You girls of 18 have until about 25, 30 at the most, and then you have to report to me.'”

In 1966, Esther was inducted into the International Swimming Hall of Fame, and in 1997 received a Lifetime Achievement Award from the Academy of Motion Picture Arts and Sciences.

Esther died at age 91 in 2013 and her ashes were scattered in the Pacific Ocean. 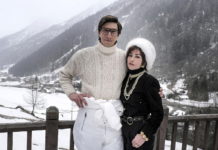 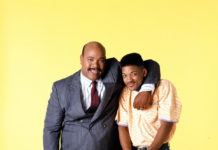