Edison police honor one of their own at annual Blue Mass 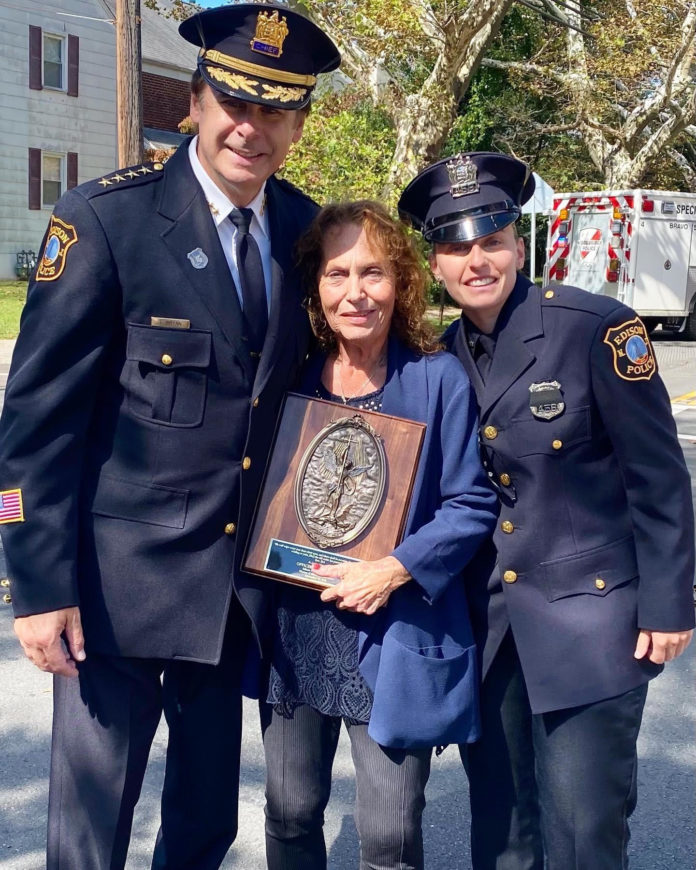 The Rev. Charles T. O’Connor, pastor of St. Cecilia Parish in Monmouth Junction, challenged law enforcement officials and the public to “be better” versions of one self.

“Never think what you do is good enough,” he said. “There is always room for us to grow. Perhaps more than ever before the world needs from all of us much better than just good enough, it needs us to strive to be the very best we can … we need to stand on the side of justice and truth even if we are the only ones standing there and everyone else is standing on the other side.”

O’Connor delivered the homily during the Diocese of Metuchen’s 19th annual Blue Mass on Sept. 29 that was hosted this year by the Edison Police Department under the leadership of Police Chief Thomas Bryan, at Cathedral of St. Francis of Assisi on Elm Avenue.

Edison police honored one of their own, Police Officer Ryan Borden, who passed away unexpectedly at his home on March 16. He was 26.

Borden’s mother, Susan, was in attendance at the Mass.

Each year, the mass is planned by a committee, which includes representation from more than 20 law enforcement agencies, both active and retired law enforcement personnel, a family member of a fallen officer, a former prosecutor, and diocesan staff.

Metuchen Bishop James F. Checchio served as the principal celebrant of the annual Blue Mass in honor of all the men and women who “selflessly and courageously, day after day put their own safety at risk” and pays gratitude to their family and loved ones.

“Each day you put on that uniform there is always a chance you will be called to go to a location, confront a situation that most of us honestly do not have courage to face and we are forever grateful you go to those often scary places that we dare not go, places even some angels not dare to tread,” O’Connor said.

As the Blue Mass honors those who serve, O’Connor said it’s important to acknowledge change is needed in terms of bad actors.

“There are bad actors in every profession … as we know sadly and with great shame and embarrassment even the priesthood is not immune to bad actors,” he said. “We both experienced dishonor in our vocations, officers who dishonored the blue and priests and even bishops who dishonored the collar, but this is important, we are not defined by the actions of the few, the few who choose to walk a different path, the wrong path.

In keeping with tradition from past years, the names of those who have died in the line of duty since the inception of the Blue Mass were read as a bell tolled to commemorate their memory and sacrifice.

The mass included an honor guard procession of bagpipes and drums into the cathedral, “Taps” and a 21-gun salute.

After Mass there was a New Jersey State Police aircraft flyover as Checchio blessed and reviewed the officers outside the cathedral.