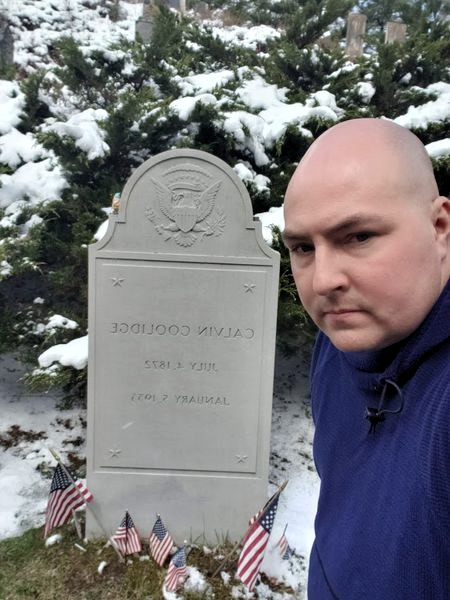 Macabre moments in Monmouth County history, magic and mysticism in Central Park, a chat with a psychic about natural intuition and how to enhance it, ghost hunting and an Atlantic Highlands mansion, even visiting the graves of dead U.S. presidents will all entice
virtual readers who enjoy the dread and spine-tingling stories of eerie objects, strange history and clairvoyance presented by the Monmouth County Library before All Hallows Eve.

The library program director and staff have gathered together a unique series of speakers
and programs to celebrate the season of ghosts, ghouls and graves, all presented virtually and at no charge to all with a computer and registration, according to a press release.

The month of excitement begins on Oct. 13 at 10:30 a.m. when T. J. Fallon, founder of the Dead History Channel, tells tales and exhibits photographs of many of the graves of former U.S. presidents he has visited, including the sites of Truman, Reagan, Zachary Taylor, William Henry Harrison and more culled from his collection of memories and memorabilia of former presidents, vice presidents, Declaration of Independence signers and Constitution signers, according to the press release.

Fallon promises a morning filled with fascinating and funny facts and foibles, that include at
least two gravesites in New Jersey, those of Grover Cleveland and Aaron Burr, both in Princeton.

On Oct. 20, local author and historian Greg Caggiano will take the stage at 7 p.m. to talk about ghost hunting, including equipment and methods used to search for ghosts.

Caggiano, who is a paranormal investigator, will share tales of his own encounters with spirits in more than one historic site. He is currently on the board of the Atlantic Highlands Historical Society.

The following evening, Oct. 21, also at 7 p.m., medium Phyllis Mitchell will focus on intuition and how to enhance it.

Mitchell, a noted tarot card reader both in person and virtually, will host a Clair quiz, encouraging attendees to learn more about hearing voices, seeing images, recognizing feelings and even knowing spirits. She is offering exercises for each attendee to explore his or her own intuition.

On Oct. 27, Leanna Renee Hieber, whose degree from Miami University is in theater with a focus on the 19th century, will lead a virtual tour through New York City’s Central Park.

Focusing on 19th century movements and fascinations that helped create and shape the park, Hieber will show and speak about how spiritualism and transcendentalism, as well as artists and designers, made magic and mysticism a part of Central Park.

Bernadette Rogoff, director of collections for the Monmouth County Historical Association,
will present “Morbid Monmouth” as part of the Historically Speaking Virtual Lecture Series on Oct. 28 at 7 p.m.

Rogoff invites attendees to join at their own risk for bone-chilling, spine-tingling stories of
the most macabre, dreadful and eerie objects in the historical association’s collections.

She will discuss the Hook of Death, display wreaths of human hair, even primitive surgical tools from earlier centuries. She will invite attendees to see the museum at night, hear the noises, think about strange coincidences, and learn more about life and dangers in life in the 18th and 19th centuries.

In all cases, children are also invited to attend; however, Rogoff strongly recommends children must be at least 14 years old to attend the Oct. 28 “Morbid Monmouth” program.

Registration and further information about each program, and many more programs offered by the Monmouth County Library are available at www.MonmouthCountyLib.org under the Upcoming Events tab.