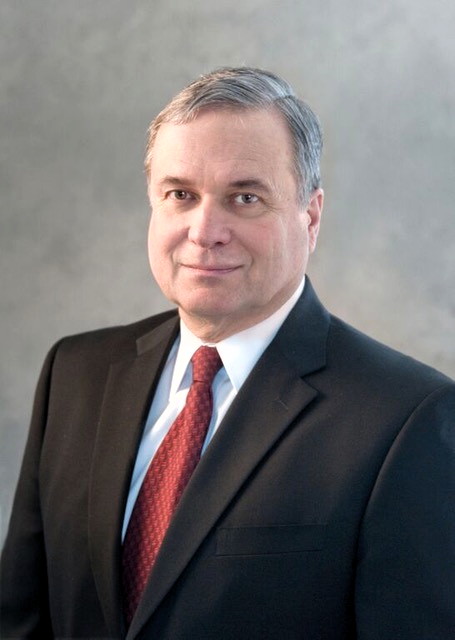 FREEHOLD TOWNSHIP – Attorney Robert F. Muñoz, 68, a respected member of the local legal community who was serving as the municipal attorney in Freehold Township and in Millstone Township, died on Sept. 11 at Ocean Medical Center, Brick Township.

A statement provided by the firm said, “Bob Muñoz was a tremendous partner, a skilled lawyer and a dear friend. One of his greatest accomplishments was building a firm staffed by extremely talented people. Bob had an unbridled love of the law and was widely respected by judges, attorneys and his clients. He was a good and decent man who will be sorely missed.”

“He was a township resident and brought his personal and professional expertise to his role, helping shape the township during his years of involvement.

“He was tremendously respected in the legal community and his loss will be sorely felt by all who had the pleasure of knowing him and working with him. Bob’s seat was left empty at the Township Committee meeting on Sept. 14 in recognition of our great loss,” municipal officials wrote.

Township Committeeman Alan Walker of Freehold Township wrote on Facebook, “Bob, thank you for your guidance these last two years once I became a Township Committee member. I appreciated the time you took to answer my questions and the patience you showed when I asked you to take the lawyer speak out of a document and explain what something meant to the regular citizen. I will miss our talks about Devils hockey and fondly remember our 30-plus-year friendship.”

Muñoz coached youth soccer in the community and in an online condolence message, Barbara Kanzler wrote, “My heart is broken for the Muñoz family and the entire Freehold community. Every soccer parent knew Bob treated every player as if that player was his very own (child).

“I am honored to say our families spent countless hours together watching our daughters, Lisa and Candice, play soccer, lacrosse and field hockey; intermediate school, Freehold Borough High School and then Kean University. You and your family hold such a special place in our hearts. We will always continue to root for our beloved New Jersey Devils in your honor,” Kanzler wrote.

Attorney Frank Accisano, who represented the Freehold Township Planning Board for decades, wrote online, “I never knew a finer gentleman, a better lawyer or a more decent man. This is a terrible loss on so many levels.”

Alan Salowe, president of Mid Atlantic Resources Group, Wall Township, remembered Muñoz as “a longtime client, friend and center of influence to many of us at Mid Atlantic Resource Group” who passed away “after fighting a courageous battle (with cancer) that seems to becoming more common today as we are getting older.”

“We often talked about a mutual passion in children and grandchildren. Art Hodes, Larry Buccheri and I had an over 45-year relationship with him as he represented our firm as well as numerous clients of ours.

“This is a tragic loss of an incredibly honest, caring and knowledgeable attorney and friend. I will miss his guidance and expertise in his profession, but most importantly I will miss his friendship. He will always be remembered,” Salowe said.

“I have known (Muñoz) for a long time. We send our condolences to his family, his son and daughter, and his law firm,” she said.

Muñoz was born in Brooklyn, N.Y., and lived in Michigan in his younger years. He moved to Manalapan when he was in high school and remained in Manalapan until settling in Freehold Township in 1975, according to an obituary that was posted online by the Clayton & McGirr Funeral Home, Freehold Township.

According to his obituary, Muñoz handled several significant cases in municipal and land use law, and argued successfully before the courts at every level in the state.