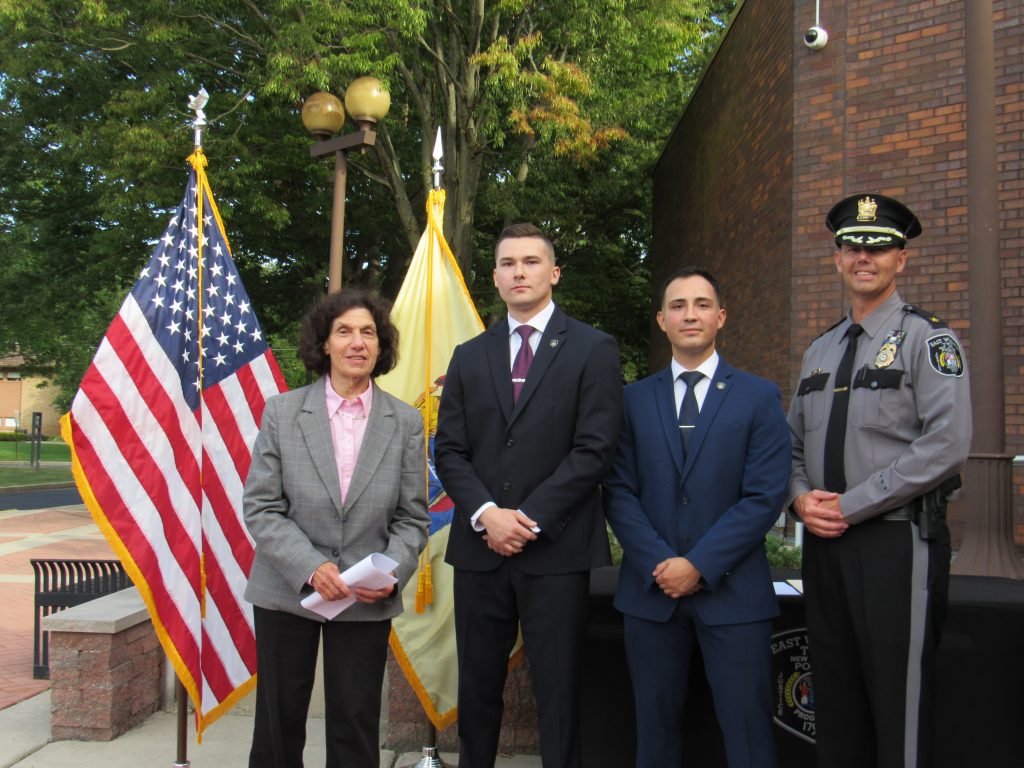 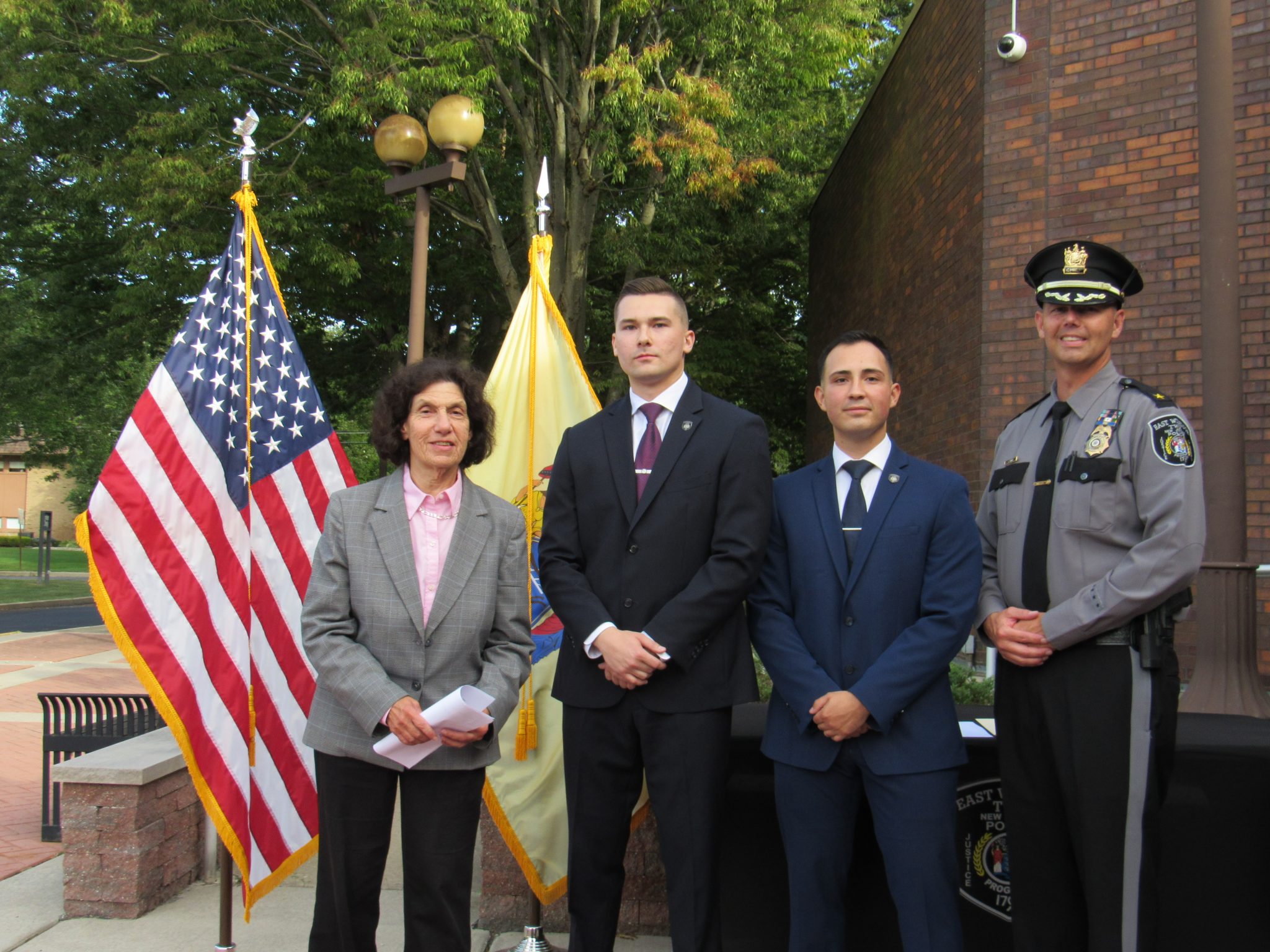 Both officers will be assigned to the Uniform Services Division of the police department.

Polanco graduated from the Camden County College Police Academy in June, and previously served as an Infantryman with the New Jersey Army National Guard from 2015-20.

Edler graduated from the Ocean County Police Academy in May 2019 and now is pursuing an Associate of Science degree from Mercer County Community College. Prior to joining the East Windsor Police Department, he worked as a police officer for Lambertville.

“I congratulate these new police officers who have the good career fortune to join an outstanding, professional and community caring organization of police officers under the leadership of Chief [James] Geary and our superior ranked officers. These new police officers have successfully passed the rigorous selection process to become part of a quality and effective team in East Windsor,” she said in a prepared statement.