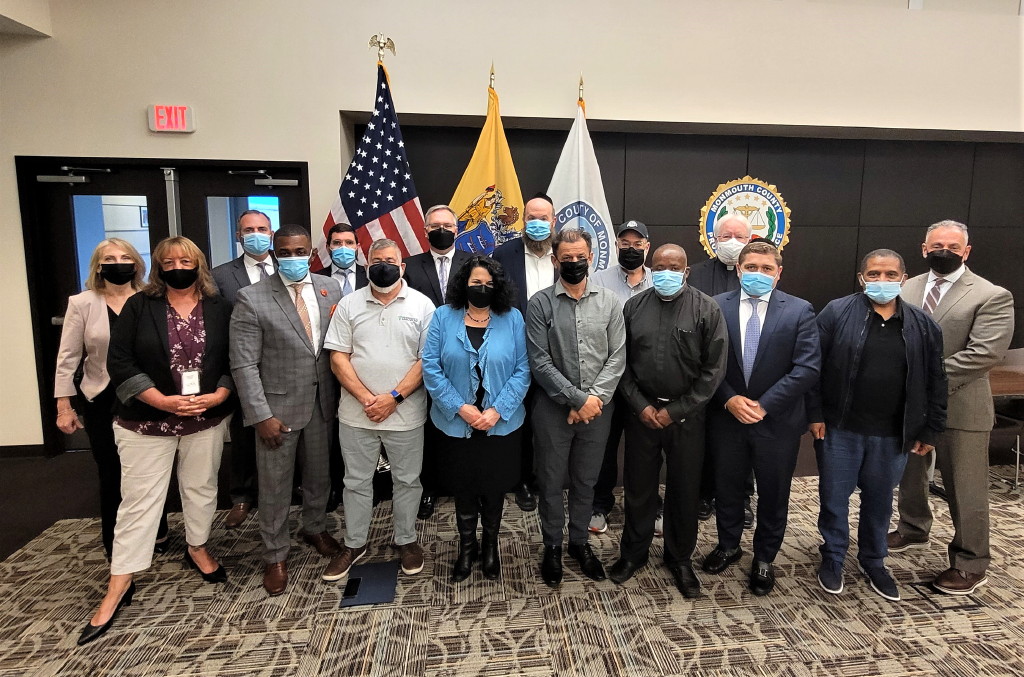 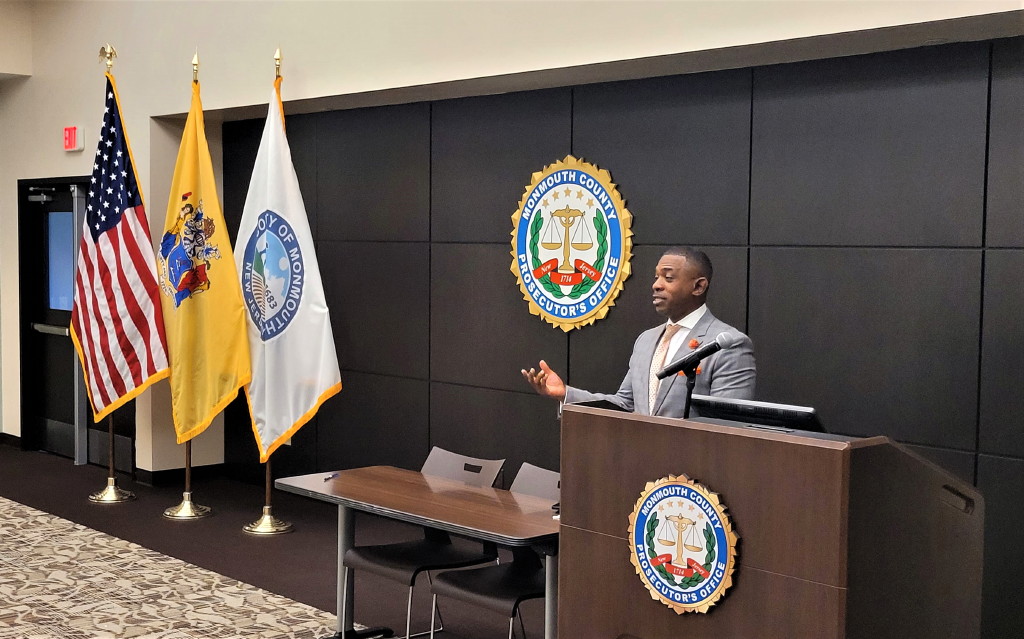 Father Mychal Judge of the Fire Department of New York, who is recognized as the first officially designated casualty of the Sept. 11, 2001 terrorist attacks on the United States, once summarized the mission of a chaplain – a cleric directly affiliated with a secular institution, there to provide faith-based counsel during times of crisis or tragedy – like so: “If you descend into somebody else’s private hell and stand there with them, it ceases to be hell.”

With those words in mind, the Monmouth County Prosecutor’s Office Police Chaplaincy Program was formally launched, with Acting Prosecutor Lori Linskey welcoming more than a dozen current and future local police chaplains to discuss their roles during times of need, according to a press release from the prosecutor’s office.

“The police chaplain’s role is to embrace the pulse of the department and its personnel,
as well as the neighborhoods they protect and serve,” said Monmouth County Prosecutor’s Office Chief of Detectives John G. McCabe Jr.

McCabe, along with program coordinator Lyddale Akins, created the framework through which the county’s top law enforcement agency will now collaborate with more than 20 existing chaplaincy programs in municipal and other agencies countywide, according to the press release.

“As the world becomes more complex, facing the problems of life can become more difficult and chaplains can provide vital support for anyone struggling to find their way,” McCabe said.

The prosecutor’s office issued a formal directive establishing an official purpose, policy, definitions and procedures for the new program, including an application process, training guidelines and a statement of ethics and guiding principles.

To be designated as a Monmouth County Prosecutor’s Office police chaplain, a candidate must be a duly ordained member of clergy or a faith-based organization, having obtained a degree or certification from an accredited institution or course of instruction, and maintain an active leadership role in an existing religious congregation within Monmouth County, according to the press release.

On a rotating, volunteer basis, the chaplains must be willing and able to respond to
any situations at which the presence of a chaplain is requested.

“The application process is rightfully rigorous; we want individuals experiencing their
darkest hours to have direct access to the very best assistance possible,” Linskey said. “The goal of this program is to establish a countywide safety net of faith-based leaders who are ready to respond whenever circumstances dictate, around the clock, every day.”

In accordance with the new directive, Monmouth County Prosecutor’s Office police chaplains could be requested to do the following:

• Respond to scenes of tragedy, such as homicides, suicides, fatal accidents,
etc.;

• Visit sick first responders and/or their family members, at home or in medical
facilities;

• Attend funerals/viewings of first responders and/or members of their families;

• Counsel individuals experiencing loss or trauma, at the individuals’ request;

Chaplains are expressly barred from proselytizing; individuals in need can request
the presence of a chaplain adhering to a specific religion or denomination, or express no
preference at all, according to the press release.

Language used by chaplains at official ceremonies or events is to be “universally acceptable and non-sectarian/non-specific to any one religious belief,” according to the press release.

“The intent of the program is not to promote any specific religion, or even just the
notion of religion,” McCabe explained. “Rather, it is simply to leverage the myriad skills and
deep compassion developed by men of women of faith in order to offer a helping hand to those in need.”

Also in attendance at the prosecutor’s office in Freehold Township for the announcement of the program was the Rev. Gary W. Holden, founder, president and CEO of the Police Chaplain Program and lead chaplain for the Cumberland County Prosecutor’s Office.

Under Holden’s leadership, police agencies statewide began establishing chaplaincy programs in 2010. The New Jersey Office of the Attorney General has held annual police chaplains conferences since 2014, according to the press release.