Question: What happened to Anthony Mason on CBS Mornings? I thought he
was an informed, intelligent co-host. —Richard C

Matt Roush: No argument here. He’s a class act. This is an instance of a news division recognizing an asset like Mason may be better suited for something other than an early-morning anchor chair. When they decided to revamp the morning show, they also made the smart call to free up Mason to become a lead culture reporter who will be seen on CBS Mornings no doubt but also certainly on CBS Sunday Morning, where he is no stranger. I see this as a win, although I’m sure his fans will miss seeing him every day.

Question: Several seasons ago there was a series about two best friends that came back from Iraq to their hometown in the deep south who go on to solve murders. The show was called … ? —Beth C.

Matt Roush: You’re thinking of Hap and Leonard, a terrific series that aired on SundanceTV from 2016-18. The late Michael K. Williams was Leonard to James Purefoy’s Hap, and they were Vietnam veterans in Texas who kept getting caught up in baroque and violent misadventures, though the show was heavily laced with dark humor. Happily, all three seasons are streaming on Netflix. 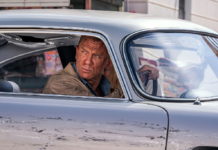 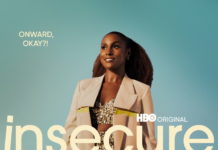