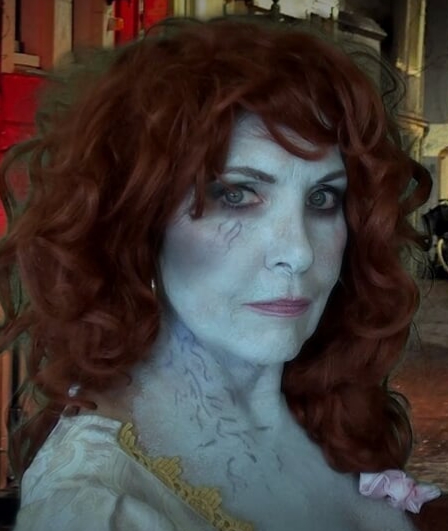 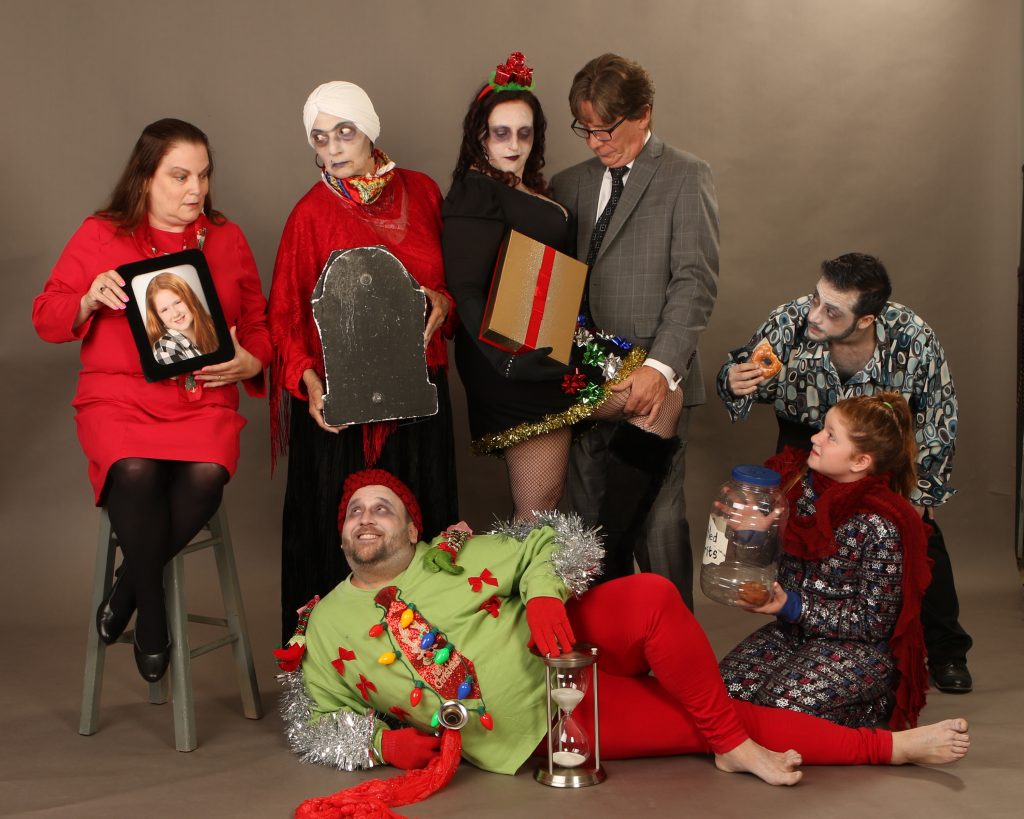 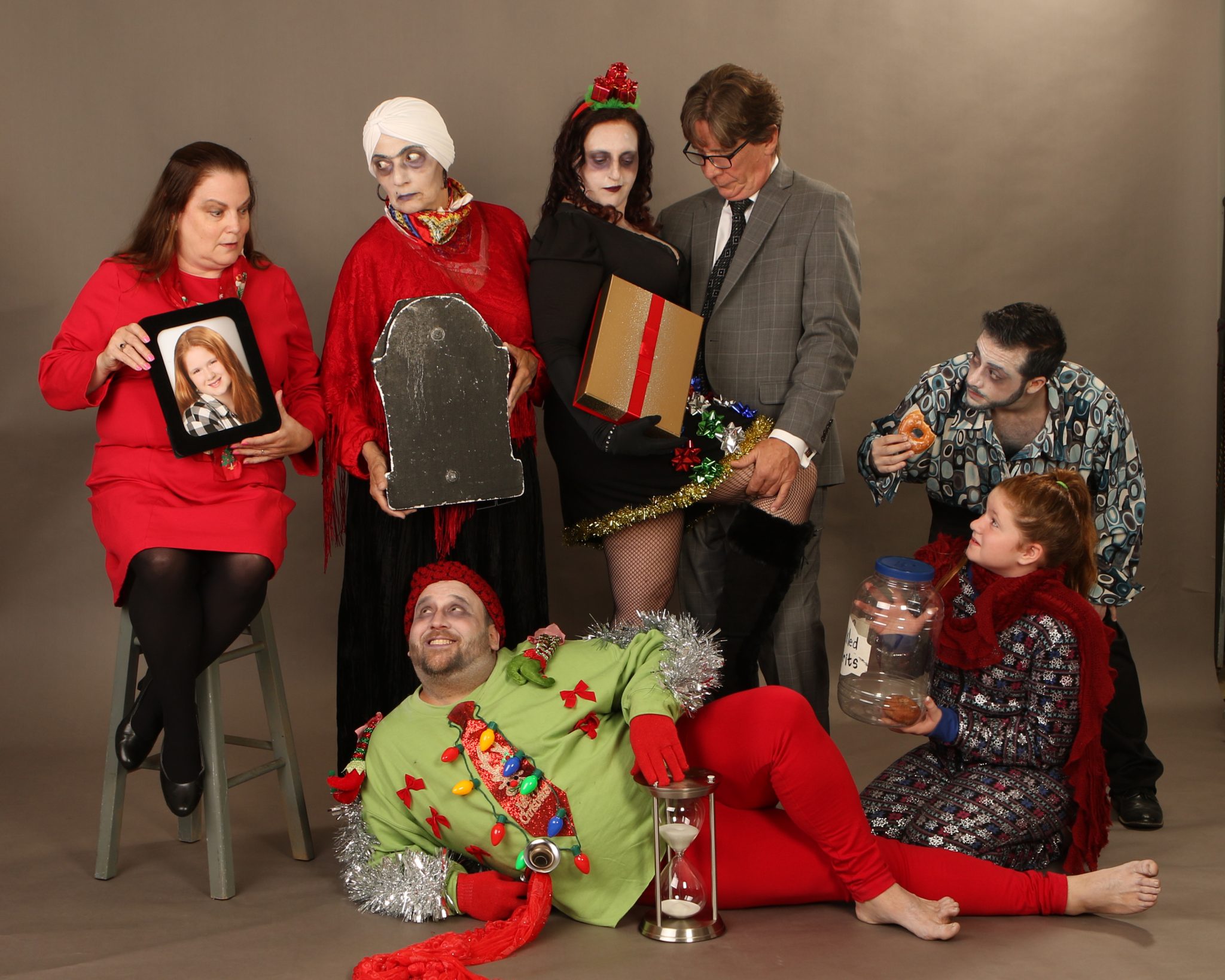 WOODBRIDGE – The Woodbridge Haunted Ghost Walk, which has become a big hit during the Halloween season for the past 14 years, started as a passion for Jane McLaughlin.

Th annual walk features spirited residents of Woodbridge past, which McLaughlin brings to life with actors and actresses.

“Some have been with me from the very beginning,” McLaughlin said, noting some of the performers were students of hers or even parents of students when she owned European School of Dance in Fords. Others are actors and actresses she has met along the way and/or have scouted.

This year’s 50-minute walk on Oct. 9 in downtown Woodbridge featured Gen. Nathaniel Herd, a leading Woodbridge patriot during the Revolutionary War; Gen. William Barton, who served in the American Civil War; a fireman from the Woodbridge train derailment in 1951; and Temperance the Quaker, to name a few. New this year was the headless horseman, one of Herd’s victims during battle.

McLaughlin – known as her alter ego Miss Cookie during the walks – said Woodbridge Mayor John McCormac and officials have been instrumental in promoting the ghost walk.

“The ghost walks have been tremendous thanks to Jane,” McCormac said, adding the walk is “absolutely packed” year after year. “The actors and actresses make the event terrific for the residents. She really outdid it this year with the headless horseman.”

“They have been so wonderful to us,” she said.

Last year, it was not certain if the ghost walk would be on due to the novel coronavirus pandemic. Since it was an outside event, it received the green light to run. McLaughlin said she was grateful and pleasantly surprised by the turnout.

“It was Thanksgiving weekend and we had 150 people come out,” she said.

A positive byproduct of the ghost walks has been the generous donations given to various charities in the community over the years, McCormac said.

McLaughlin said the ghost walks were initially a fundraiser for the nonprofit Woodbridge Arts Alliance and still is. Donations from ticket sales have gone to Heaven’s Helpers Food Pantry, the Woodbridge Animal Shelter and the Woodbridge VFW.

With the success of the ghost walk in Woodbridge, McLaughlin, who grew up in Edison, has launched her business Haunted History Productions LLC (HHP), which began in 2019, in efforts to expand the annual ghost walk for other communities. She said she was encouraged to get her LLC through Business Connects, a group of business owners that meets at the Coffee House in Edison.

A ghost walk of campfire stories, ghosts and legends including Jack the Ripper, Bloody Mary and creepy dolls was held in Cranford on Oct. 17 and a ghost walk in Somerville will be held on Oct. 23.

“It takes almost a year to research characters and find costumes,” McLaughlin said.

Along with the ghost walks, McLaughlin has many projects in the works from a 1980s murder mystery dinner theme to Mr. Rude’s Holiday Carol, which she has written.

She piloted Jake’s Rockin’ 80’s Murder Mystery Birthday Party at Ray’s Bistro in Bound Brook on Sept. 19 and it is booked at Stony Brook Grille in North Branch on New Years Eve.

Also in the works is a children’s holiday adventure book “This Ain’t No Oz” expected to be out in mid-November. McLaughlin said it’s a project she presented with her dance school and now has turned into a book, which teaches lessons of confidence and friendship.

“I hope to have the book signing at the Avenel Performing Arts Center,” she said, adding it’s a project she had to put on the shelf because of the pandemic, but started up again in July. “The book will be available in hardcover and e-books.”

With the launch of her business, McLaughlin said she’s living her dream and bringing her imagination to life.

Although Halloween and Christmas are HHP’s specialties, with enough advanced booking they can create an original script to fit any event.

Haunted Ghost walks are not only reserved for October and can take place any time between April through November.

HHP also sells original scripts for organizations wishing to provide their own actors. 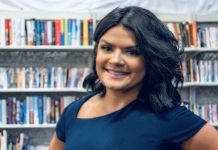 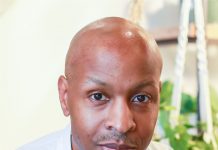