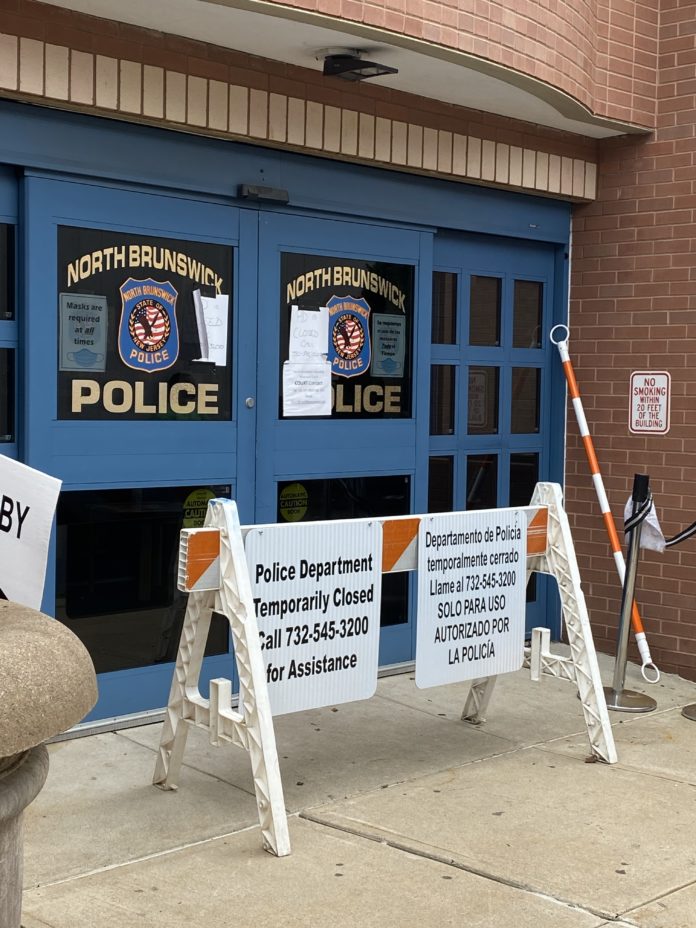 NORTH BRUNSWICK – The North Brunswick municipal complex remains closed due to flooding from Tropical Storm Ida in September and could be closed for many months ahead.

The entire basement of 710 Hermann Road was destroyed on Sept. 1, including items belonging to archives, the food bank, historical records, police evidence, locker rooms and the Office of Emergency Management.

The first floor of the police department, the main lobby and the courtroom area sustained extensive damage.

There is no heating, ventilation and air conditioning system, no elevators, no fire suppressant system and the air quality is poor.

Remediation efforts have been underway, however, at this time there is no anticipated date for a reopening, Business Administrator Justine Progebin said.

“Departments have been relocated to satellite locations. A large trailer located in the police parking lot is open to the public for business with the clerk’s office and other departments as scheduled,” Progebin said.

Community Development has relocated to a site off Route 130; finance and taxes have relocated to the Department of Public Works on Quarry Lane; Parks offices have moved to the Parks facility in Community Park; and the police department plans to relocate to an office building on Livingston Avenue, said Janice Larkin, confidential assistant to Mayor Francis “Mac” Womack.

“Obviously, the magnitude of this is in the millions,” Progebin said during the Oct. 12 Township Council meeting.

The township’s insurance carrier was notified the day after the storm, but the township had only received $100,000 of its $1 million purchase order as of press time.

Progebin explained that North Brunswick’s auditor recommended issuing emergency appropriations, which will be reversed, but it needs to be a temporary line item to work out the logistics of funding, she said.

“It’s not a quick 1-2-3 process,” Township Attorney Ron Gordon said about the process of authorizing the payment of claims from the township’s insurance carriers.

Since the food bank was completely destroyed, efforts have been underway to replenish the lost items. The food bank is operating out of the Senior Center on Linwood Place.

The North Brunswick Municipal Alliance Committee, as part of its holiday cheer program, is collecting pasta, sauce in non-breakable containers, children’s cereal, cookies and Thanksgiving items. Collection at the Senior Center is from 8:30 a.m. to 4 p.m. weekdays.

To donate a turkey from ShopRite, let the cashier know and he/she will make sure the food bank receives it.

“Our volunteer board members spent nearly three years collecting and organizing material to create the archive, which was substantially ruined. Nearly 75% of the archive was either fully or partially destroyed. A group of volunteers worked for two days following the storm to try and salvage documents and photographs with some success,” he said.

Residents will be asked to donate historical items in the future, along with specific things lost that need to be replaced, he said.

In addition, the Domestic Violence Response Team is requesting donations of socks for adults and children.