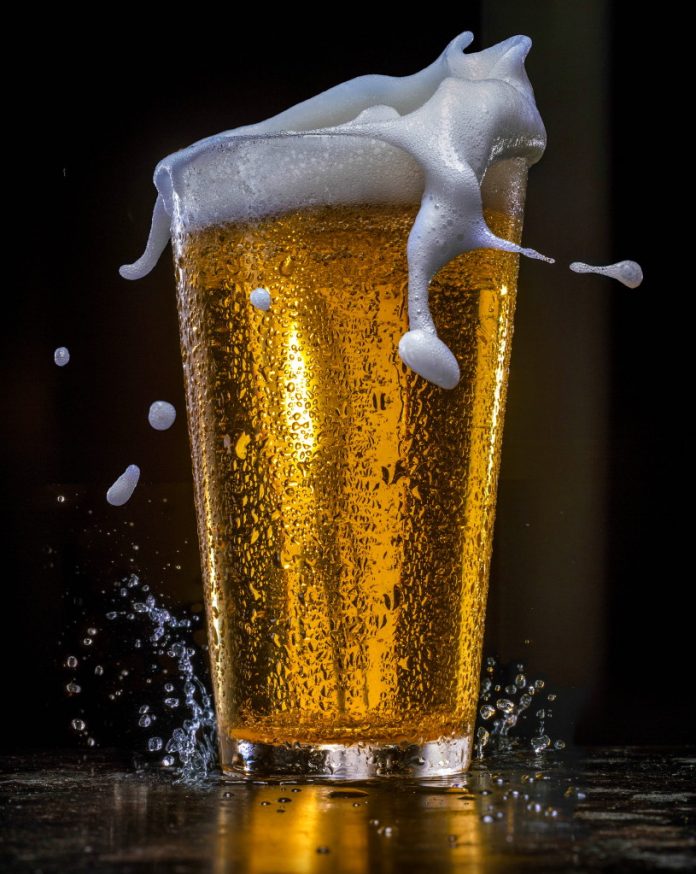 An application to allow a place-to-place transfer of Claridge Wine and Liquor from the Princeton Shopping Center to a vacant store front at 102 Nassau St. triggered a two-hour debate – but no consensus – at the Princeton Council’s Oct. 25 meeting.

The Princeton Council postponed action on a resolution to authorize the move until its Nov. 8 meeting to address some of the issues that were raised, such as how deliveries and trash would be handled, and the reason for moving to the Nassau Street storefront formerly occupied by Landau’s clothing store.

Several merchants, including the owner of one of the two liquor stores around the corner, opposed the move.

Longtime customers praised Claridge Wine and Liquor and spoke in support of the proposed move.

Municipal Attorney Trishka Waterbury Cecil told the Princeton Council that it has wide discretion in reaching its decision, but it must be based on facts and not on conjecture “or fear that bad things may happen.”

Market consequences (creating competition for other liquor store businesses) is an issue that was raised by some objectors, but it is not a reason for denying the application, she said.

During the public comment portion of the meeting, several attendees urged the Princeton Council to deny the application. The objections were directed at the location on Nassau Street and its potential impact on the character of that block of Nassau Street between Witherspoon Street and Vandeventer Avenue.

“This stretch of Nassau Street is, quite literally, the face of Princeton, representing the highest-trafficked block in town for residents, visitors and all shoppers,” Hank and Andrew Siegel wrote in a letter to the Princeton Council that was read at the meeting.

“It must remain high quality with high-quality merchants and a healthy mix of retailers and responsible food establishments. Landau’s (which formerly occupied 102 Nassau St.) served as a destination for shoppers and promoted browsing and staying in town to ‘shop around,’ ” they wrote. The Siegel family owns Hamilton Jewelers at 92 Nassau St.

Another liquor store does not fit in with the neighborhood’s characters or needs, they wrote. There is Public Wine Beer Spirits, which is a “lovely, community-minded liquor store” around the corner on Witherspoon Street, and the Princeton Corkscrew, which is a “remarkable wine shop” at 49 Hulfish St., Hank and Andrew Siegel wrote.

The possibility that Claridge Wine and Liquor may also sell cigarettes and e-cigarettes was mentioned. Princeton Middle School and Princeton High School students congregate in Dohm Alley, next to 102 Nassau St., and there are concerns about having that type of business nearby, the Siegels wrote.

But other attendees spoke favorably of Claridge Wine and Liquor.

One attendee said that shopping at Claridge Wine and Liquor is an “experience” – not one where a customer runs in and out of the store. She cited the competition that it has faced since McCaffrey’s Food Market obtained a liquor license to sell wine, beer and liquor.

Annie Heard said she is a longtime customer and that the staff has always been helpful. It has been a pleasant experience to shop at Claridge Wine and Liquor, she said.

Lisa O’Neill said she is a longtime customer of Claridge, which offers “weird things” that she cannot buy elsewhere, such as gluten-free beer and organic wine. It seems that McCaffrey’s Food Market’s liquor license is making it hard for Claridge Wine and Liquor to keep its clients, she said.

“I didn’t hear anything that (Claridge) shouldn’t be there (on Nassau Street). The only thing I can think of is their wines seem to be a lot cheaper than the other stores on Witherspoon Street and maybe that won’t be good for the businesses,” O’Neill said.

Cigarettes, e-cigarettes and cigars will be sold, but the owner does not intend to advertise it in the storefront window, Perez said. There are other businesses on Nassau Street that sell those products, he said.

Addressing objectors’ concerns about deliveries and waste, Perez said wine and liquor are delivered twice a week. The deliveries will be made behind the building. Beer is delivered once a week, and most likely it will be unloaded in a loading zone on the street.

Perez said his client has rented a garage at the rear of the building to store cardboard and waste. Other trash will be dispose of off-site, he said.

His client owns another liquor store in Plainsboro Township, he said.

“While public sentiment has a place in this consideration by the council, it has to be related to specific dangers or concerns: public health, safety or morals,” Perez said.

Princeton Councilwoman Mia Sacks said she was sympathetic to the fact that Claridge Wine and Liquor faces competition from McCaffrey’s.

But after listening to the feedback from other business owners and residents, Sacks said, she was convinced that allowing a liquor store on Nassau Street would be detrimental and that there is no “upside.”

Princeton Councilwoman Eve Niedergang said that most of the objections are not ones that the council could consider. She reminded the council that the owner of Claridge Wine and Liquor objected when it approved the transfer of a liquor license to McCaffrey’s, but the council ignored it.

“Do I think this is ideal? Absolutely not,” Niedergang said. There are two liquor stores nearby, but since every question about deliveries and trash was answered, she said she did not see how the Princeton Council could deny it.

But Princeton Councilwoman Michelle Pirone Lambros was skeptical. She questioned the reason for the move from the Princeton Shopping Center to Nassau Street and what was compelling the owner to want to relocate.

Lambros said the town is pouring millions of dollars into a redesigned Witherspoon Street corridor and the downtown area to make it more bicycle- and pedestrian-friendly and to encourage outdoor dining. But the liquor store means there will be truck movements for deliveries for an in-and-out type of business on Nassau Street, she said.

“It’s just not what we need in terms of what our direction is for the town,” Lambros said.

Princeton Council President Leticia Fraga said “we don’t have data” for traffic congestion and the problems that deliveries might create.

Perez said he believed that sufficient information was provided about deliveries and trash. The concerns about whether Claridge Wine and Liquor would be compatible with other businesses, as well as its storefront design, do not warrant a denial, he said.

The Princeton Council was on the verge of voting on the resolution, but Cecil urged the council to hold off if the members did not feel they had all the information they needed.

“You need to be comfortable” before voting on the issue, Cecil said.

Princeton Councilman Dwaine Williamson suggested tabling the resolution because he wanted to hear from the local property owners and business owners “more factually” about what the issues are.