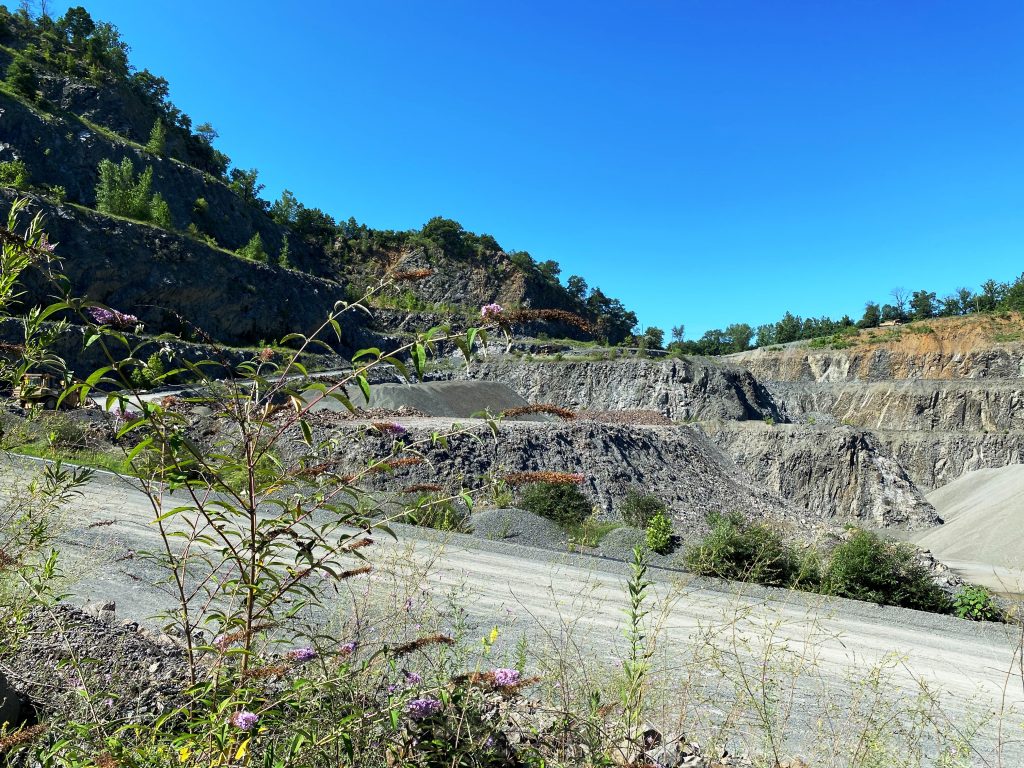 The Mercer County Park Commission has approved the master plan to turn Moores Station Quarry into a new county park.

The final master plan for the redevelopment of the quarry was approved at a Mercer County Parks Commission meeting on Oct. 27.

Moores Station Quarry is adjacent to Baldpate Mountain and located in Hopewell Township off of Route 29 at the intersection with Pleasant Valley Road.

Commissioner Phil Caton was absent for the meeting.

“A lot of what we have done in this plan is really ecological rehabilitation and it has not always gotten the most attention,” Simone said.

According to the final master plan, 89% or about 147 acres of the site is the designated total for green and blue habitats, 47 acres of existing woodlands and natural area will be protected from any disturbance, and 82 acres will be converted into native meadow and shrubland habitat.

“Forty-seven acres is not ever going to really be touched. It is some of the peripheral areas that are critical habitats that will remain as is and protected from human interaction. About 50% of the site will be transformed into meadows and shrubland,” Simone said. “It is really going to be a blue and green site when it is fully implemented.”

Additionally, 17 acres will be allocated for the ponds, more than 1,000 new trees are planned to be planted, 7.45 acres designated for recreational amenities, 5 miles of trails will be implemented, and driveways and parking take up 6.94 acres.

“Going through the site the future entry is going to be where the existing entry is off of River Road. As with a lot of the site we are using the existing features that will be left from the mining operations and massaging those features to create the park setting,” Simone said.

Further into the site, residents and visitors will be able to go to the primary overlook and primary entrance plaza. There will be an additional 55 parking spaces and an Overlook Interpretation building.

“From here you are going to get tremendous views out to the site. Just below is our camping area and that is not close to bottom of the site,” he said. “The layout of the Quarry Overlook Interpretation building will have multi-functional space for various events, programs, and educational events. There will be a park office, you can various events and receptions and there is this great patio and look out over the quarry.”

The building will have 10,258 square feet of space and have restrooms, concession and retail, prep kitchen and interpretation hall.

According to Simone’s presentation on Oct. 27, there will also only be 19 or 20 campsites at the new park.

“The lower pond is really going to be created by waiting. Waiting for water to fill up naturally,” Simone said. “Right now with the mining operation I think it is about 50 million gallons a year that is pumped out and in the quarrying business it is referred to as a very dry hole. It is going to take four to five years for this lower pond to fill that will be a depth of about 50 feet.”

The lower pond would be a place for activities such as swimming, fishing, training for SCUBA diving, snorkeling and kayaking.

“The Stone Yard is the area where all the material was processed over the years. Here we are going to have a number of features – a state-of-the-art bike park and it is also going to be the landing point for twin 1,200-foot-long zip lines,” Simone said. “This is really the main activity area of the site and it is going to be where more the active uses happen in this park.”

Some of the artifacts from the mining operation will be on site.

Around the lower pond, there would be a swimming building, picnic grove, ADA Loop Trail, rock climbing, a wetland boardwalk and middle pond waterfall and a snorkel water trail, according to the master plan.

The rehabilitation of the park would be implemented over a period of a decade.

The consultant team led by Simone Collins Landscape Architecture put together a phasing schedule over 10 years.

“These phases won’t go exactly how we layout here, but we think this is an aspirational phasing plan, but one that is also realistic. It is going to depending on funding and also engineering as it goes forward,” Simone said. “As this is a concept plan as you know there is more engineering that has to be completed.”

According to the final master plan, the park implementation will begin with the reclamation plan that needs to be completed by Trap Rock Industries prior to when they leave the site. A reclamation plan is necessary to reclaim the site for post-mining uses.

Parts of the Moores Station Quarry 166-acre site have been mined for more than a century.

The quarry pit measures more than 2,000 feet across and about 200 feet deep. There are also steep rock walls, haul roads and small ponds at the site.

Trap Rock Industries is currently conducting the quarrying operations at the site and is set to stop its operations at Moores Station in the spring of 2023, when the 25-year agreement between the county and Trap Rock ends.

The Park Commission would then take over the site and begin transforming the open-pit quarry into a park. 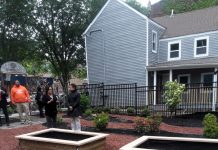