There were elections for the five, four-year ward seats on the municipal governing body for Woodbridge Township on Nov. 2.

The race is contested.

Ward 4 – Democratic incumbent Virbhadra “Viru” Patel did not face any challengers. He received 2,561 votes. There were 48 write-in votes.

The results reflect what has been posted online by the Middlesex County Clerk’s Office at this time. The results are not final and it is not known when the results will be final. 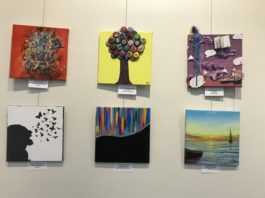