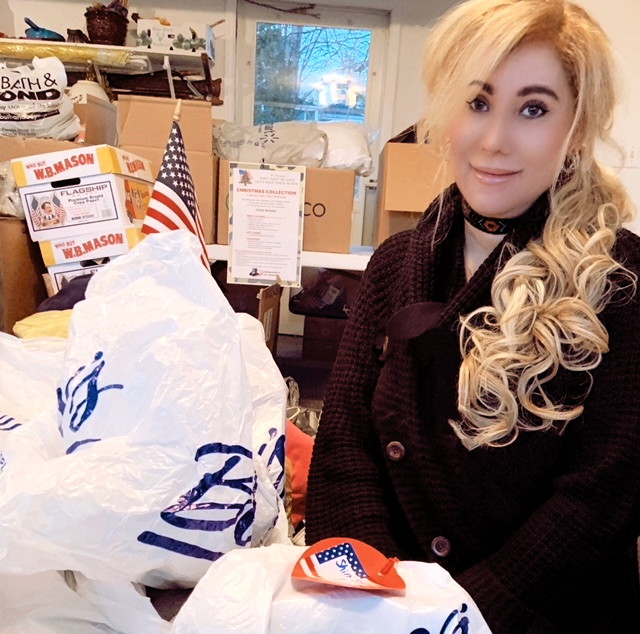 To celebrate Veterans Day 2021, Stacia McDonough and her nonprofit organization, Independence For Veterans, has kicked off its 10th annual “They Kept Us Safe, Let’s Keep Them Warm” new winter clothing drive.

The clothing drive benefits formerly homeless military veterans and disabled military veterans who residing at the Hope For Veterans transitional housing facility on the VA campus in Lyons, and at Veterans Haven North in Glen Gardner, according to a press release.

All of the items that are donated to the organization are hand-delivered directly to the shelters by McDonough and her team of dedicated volunteers, according to the press release.

In addition, gift cards from Visa, Amazon, grocery stores, Walmart and Target are a much sought after item by the veterans. The drive will run from Nov. 11 (Veterans Day) through Jan. 7.

McDonough was inspired to start the campaign in loving memory of her late husband, John, a decorated sergeant in the U.S. Air Force who served in country during the Vietnam War.

The annual collection is now officially dedicated “In Memory of John E. McDonough,” according to the press release.

On Veterans Day in 2008, in recognition of his bravery and leadership, McDonough was posthumously inducted into the Vietnam Veterans Memorial in Holmdel, according to the press release.

“As Americans, we must keep our veterans in the forefront. For their service, bravery and
unimaginable sacrifices, these noble warriors should be revered and never forgotten,” McDonough said. “I am looking forward to a banner year, hoping I can spread a little bit of Christmas cheer to our amazing heroes.”

On any given night an estimated 40,000 veterans are sleeping on the streets of the United States, according to the press release.

“It is a tremendous privilege for me to be able to conduct this 10th annual campaign, and an unparalleled honor to spend quality time with our veterans. It is beyond humbling just to be in their presence,” McDonough said.

Individuals interested in a sponsorship or a partnership, or for additional information about Independence for Veterans, may visit www.independenceforveterans.org or www.i4v.org

Any individual, business operator or organization interested in participating with the clothing drive may contact Stacia McDonough at info@independenceforveterans.org