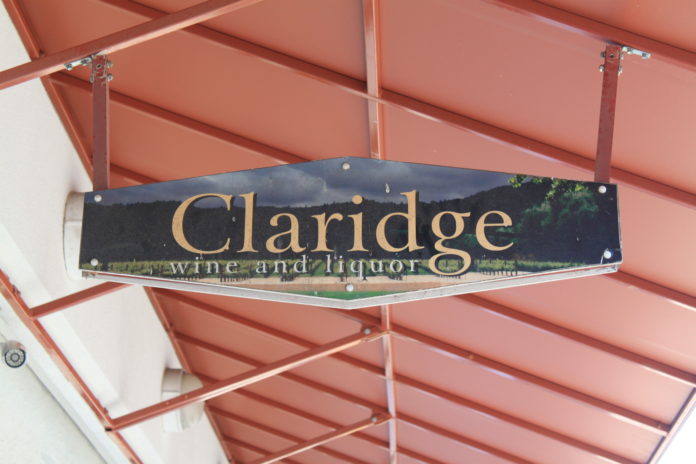 Claridge Wine and Liquor will move from its longtime home at the Princeton Shopping Center to a storefront at 102 Nassau St. – the former home of Landau’s clothing store – after the Princeton Council signed off on its application to transfer the liquor license to the new location.

The Princeton Council approved the place-to-place transfer of the liquor license following an extensive discussion at its Nov. 8 meeting. The council, which voted 5-1 to approve the transfer, began its consideration of the application at its Oct. 25 meeting.

The council held off action on the resolution authorizing the move until questions about how deliveries would be made and how trash would be handled, as well as the reason for the move.

The lone dissenting vote was cast by Princeton Councilwoman Michelle Pirone Lambros. She expressed concern about how deliveries would be made to the store – the frequency of deliveries, the quantity, and where they would be unloaded.

At the Oct. 25 meeting, several merchants – including the owner of one of the two liquor stores in the Central Business District – said they were opposed the move, but longtime customers praised Claridge Wine and Liquor and spoke in support of the business.

Municipal Attorney Trishka Waterbury Cecil told the Princeton Council that it has “wide discretion” in reaching its decision, but it must be based on facts. Market consequences, which is an issue that was raised by some objectors, is not a reason for denying the application, she said.

Attorney Ruben Perez, who represented Claridge Wine and Liquor, agreed that the council has discretion, but if members decided to reject the application without facts or reasons for doing so, the decision could be overturned.

Increased traffic or congestion, as well as increased competition and a desire to reduce the number of liquor licenses, are not valid reasons for turning down the application, Perez said. Public opposition is not a factor, unless it is “widespread,” he said.

The wine deliveries would be made at the rear of the building and wheeled up Dohm Alley to the front door, said Patel, who works for his family’s business.

Beer would be delivered once a week by a beer distribution truck that would make the deliveries from the loading zone on Nassau Street.

Princeton is a wine town, and Claridge Wine and Liquor is known as a wine store, Patel said.

Wine makes up about 40% of total sales, and liquor accounts for about 32% of sales, Patel said. Beer amounts to 22% of sales, and cigarette and tobacco products are about 4% of sales, he said.

Asked why Claridge wanted to make the move, Patel said it’s a good location. Foot traffic from people walking past the store on Nassau Street, plus its proximity to Princeton University, makes it an attractive location, he said. More people would come into the store, he expects.

Williamson, who said he was “on the fence” about the application, said he had a vision of Nassau Street. People walk around town and browse in the stores, he said. A liquor store is a destination, where customers go to the store and make a purchase.

Niedergang said she had concerns about deliveries, but at the same time, there was nothing that would “rise to the level” of the council’s objecting to the transfer of the license.

“Clearly, Claridge has been a good citizen. I don’t see any reason to object to the transfer of the license,” she said.

In casting the lone “no” vote, Lambros said she wanted to make it clear to the applicant that her decision had nothing to do with them, but “it’s all about the location.” If it were located several blocks away, “it would be different,” she said.

“I wish they would stay where they are (at the Princeton Shopping Center). I think there is a need for a balance where the licenses are, but I know we can’t consider that,” Lambros said.