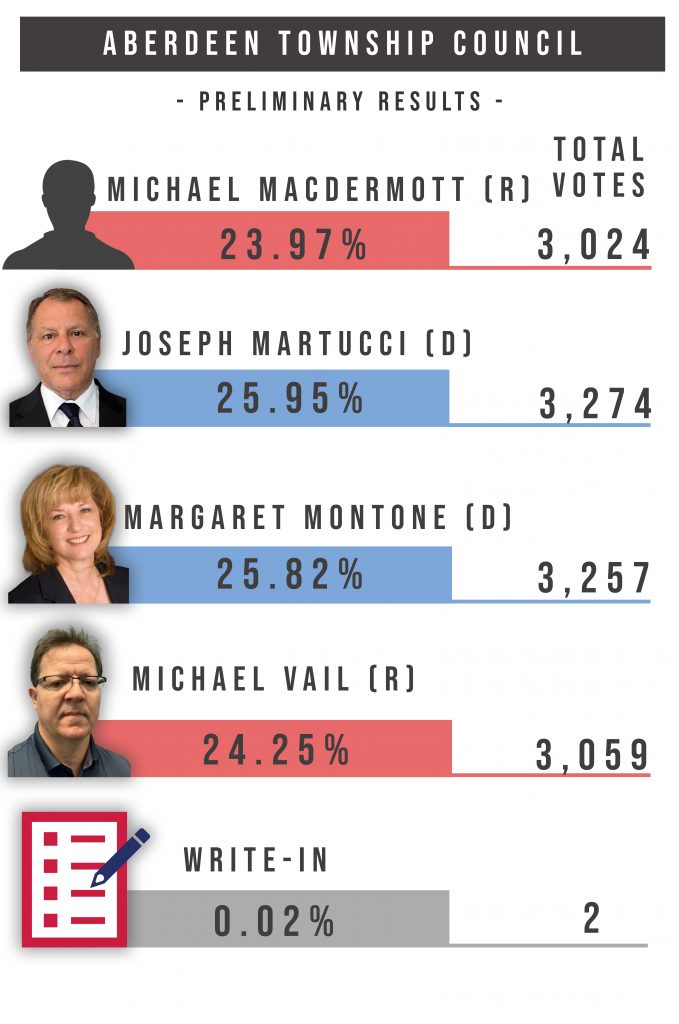 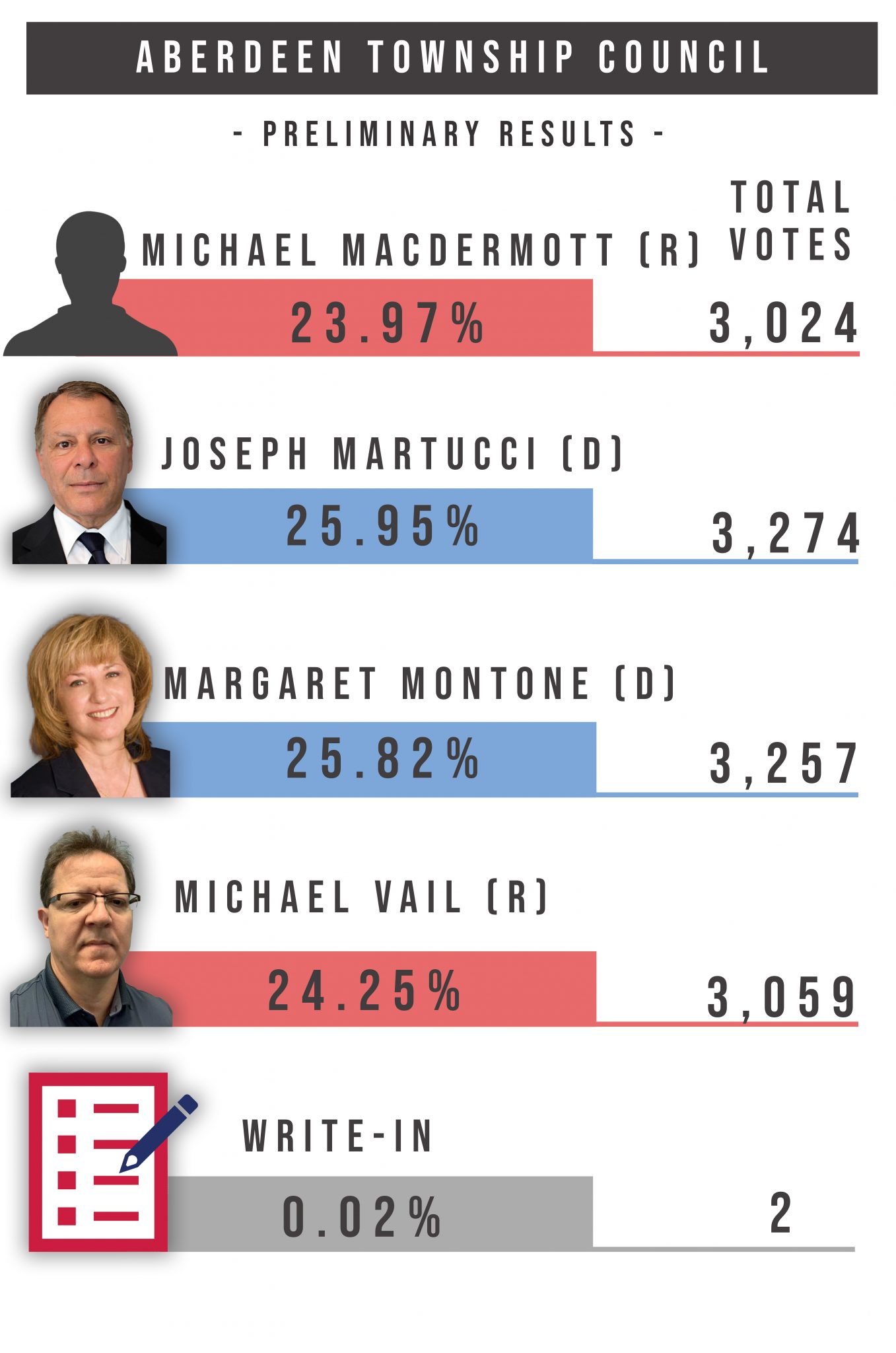 The 2021 general election offered residents three voting formats. Residents had the option to vote in person on nine days in late October; in person on Election Day, Nov. 2; or with a mail-in ballot.

Martucci is a lifelong resident of Aberdeen Township who was initially elected to the council in 2013. He is serving as the deputy mayor in 2021.

Montone has been a resident of Aberdeen Township since 1963. She began her tenure as a councilwoman after being elected in 2009. She served as the deputy mayor from 2012-14 and from 2016-18.

In a statement she provided to the Independent, Montone said parks and recreation are priorities on her agenda.

“I will continue to work to beautify Aberdeen by renewing our parks and recreational facilities and continuing our road program while stabilizing the municipal tax rate. … I will continue my work on the Parks Committee to upgrade and renovate every park in every neighborhood in Aberdeen. To date, we have completed nine of Aberdeen’s 15 local parks,” Montone said.

Montone credited her campaign team for continuing to connect with residents during the COVID-19 pandemic.

“During campaign season my team always does its best to make our presence known in every neighborhood by handing out literature and knocking on doors to speak to the residents in our community.

“Keeping our residents safe during the pandemic, we were very careful to keep a safe distance, wear masks when necessary and be sensitive to the needs of our residents,” she said.