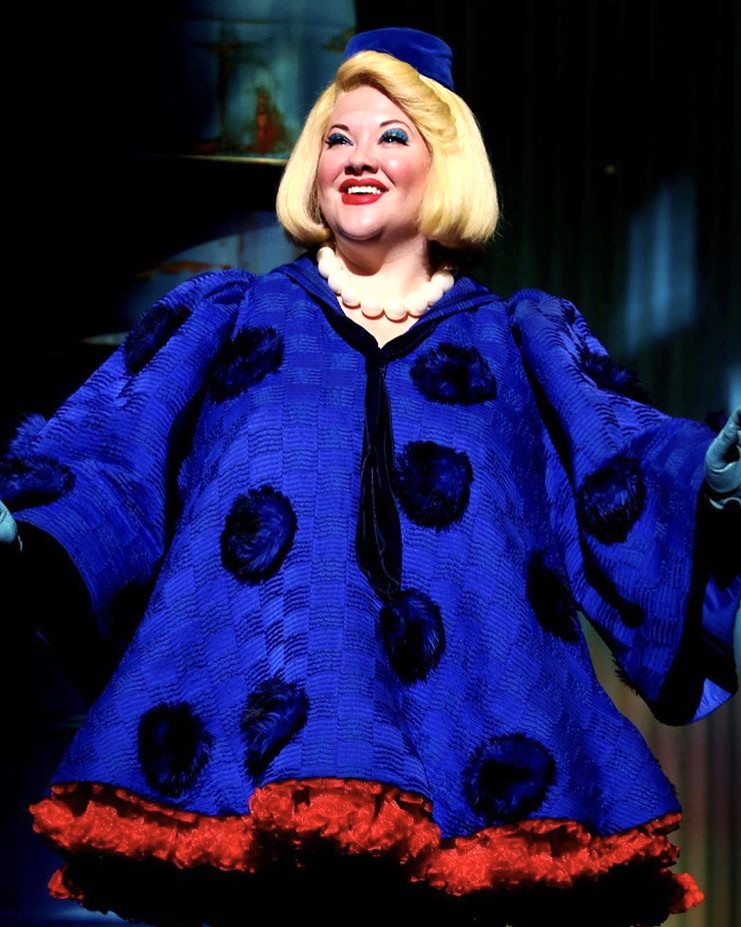 APAC Artistic Director Andrew DePrisco, a major fan of this “quirky, fun musical,” shares (with a wink), “I really do think this is the perfect musical for the whole family. The adults and kids just don’t laugh at the same jokes, and under all the perverse silliness, there’s real heart and a genuine message to take home.”

Making her directorial debut at APAC is original cast member Abby C. Smith, who created the role of Mrs. Puff on Broadway, assisted by choreographer Robert Taylor Jr., also a member of the original Broadway company, according to a press release.

Smith is proud of her cast and commends them for their “heart and energy,” according to the press release.

“Having a part in creating the show on Broadway was so special and meaningful to me,” she said. “I’m thankful to get to share this piece of my heart with this young cast and the community at the Axelrod and to help continue the legacy of this beautiful show.”

Based on the popular Nickelodeon series by Stephen Hillenberg, “The SpongeBob Musical” was written by Kyle Jarrow, with an eclectic and hip score by rock and pop icons David Bowie, Cyndi Lauper, John Legend, Joe Perry of Aerosmith, Yolanda Adams, Lady Antebellum, Sarah Bareilles and others, with additional music by Tom Kitt (Next to Normal), according to the press release.

Populating the underwater world of Bikini Bottom are the following young actors, all of whom are being trained at APAA, which is at Bell Works, Holmdel:

Also joining the cast is New York-based actor James Henri Jones in the role of Patchy the Pirate.

Serving as musical director is Michael Gilch, who will conduct a six-piece band.

The show is being produced by Andrew DePrisco and Gabriel Chajnik, the director of APAA.

Patrons in the theater are required to wear a mask. Patrons who are not vaccinated for COVID-19 or children under the age of 12 are required to present a negative COVID test (within 72 hours of show time), according to the press release.