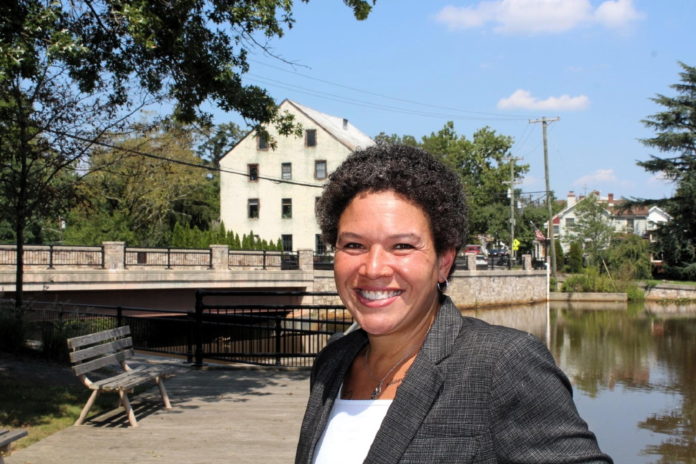 ALLENTOWN – Nikki Darling, a lifelong resident of Allentown who launched a write-in campaign in a bid to win a seat on the Borough Council, has won a three-year term on the governing body.

According to election results posted online by the Monmouth County Clerk’s Office on Nov. 16, Darling received 159 write-in votes to win a seat on the six-member council.

A total of 255 write-in votes were cast in the Allentown council race; the clerk’s office did not report the names of anyone other than Darling who received write-in votes.

Darling will be sworn in to office during the council’s reorganization meeting in January and begin serving a term that will run through December 2024.

She will join John A. Elder III, Michael Drennan, Martha Johnson, Dan Payson and Erica Torsiello on the governing body.

In a post on her Nikki Darling for Borough Council Facebook page, Darling wrote, “Allentown made their voices heard and elected me to be their next councilwoman! I am deeply honored and humbled to be representing the great people of Allentown on the Borough Council.

“I cannot thank you all enough for voting for me this election. I would like to make a special thank you to my family and friends that helped me along this journey!

“You all have a special place in my heart and I cannot wait to continue to work with you all to accomplish great things in the great borough of Allentown, N.J.!” she wrote.

There were two three-year terms available in the 2021 municipal election. Drennan was the only resident who filed a nominating petition to run for office, which opened the possibility for a write-in candidate to win a seat on the council.

Drennan, who has lived in Allentown for 30 years, was elected to his second three-year term on the council.

In an interview with the Examiner on Nov. 17, Darling said she began working with the Allentown Presbyterian Church on various initiatives and came to believe she has the ability to help make positive changes in town.

She said her children are older and more self-sufficient now and that, “I figured (serving on the council) was the next step” in helping the community.

Darling said there is no single issue on which she will focus her efforts as a councilwoman, but expressed hope she could serve as the council’s liaison to the Upper Freehold Regional School District Board of Education to “help keep the lines of communication open” between the council and school board.

The councilwoman-elect is a graduate of Allentown High School.

Residents had to wait two weeks for the write-in votes that were cast in the election to be processed by Monmouth County election officials and for Darling to be declared the winner of a council seat.