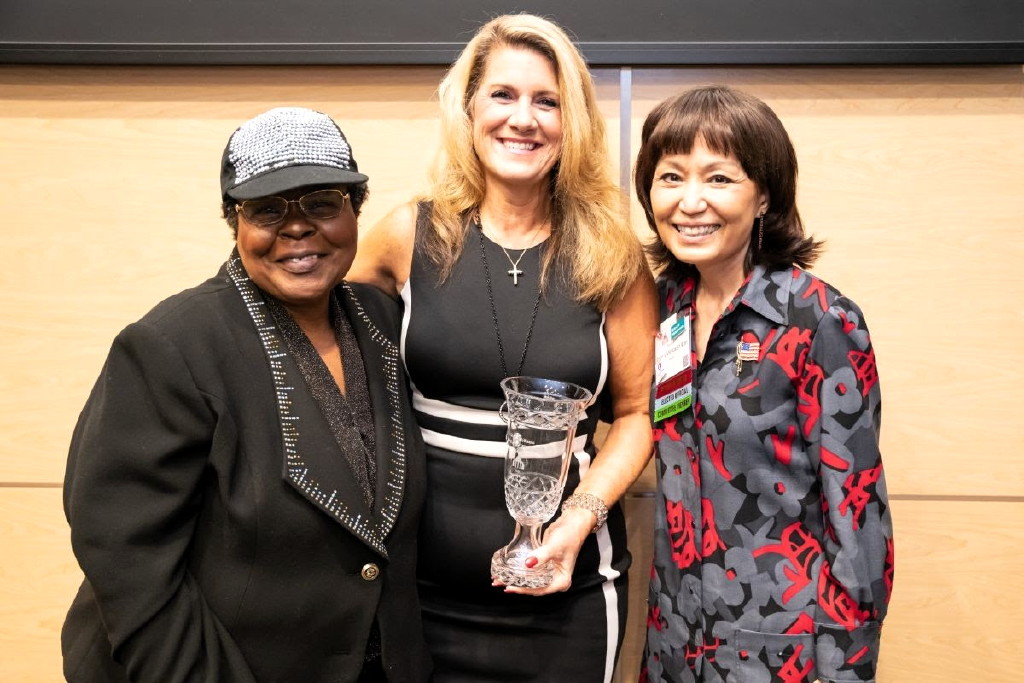 “I could not be more honored and proud to receive this year’s Dean McManus award. NFWL has been a huge part of my life for many years both as a past chair and as a woman constantly fighting for her place in politics,” DiMaso was quoted as saying in a press release.

The award, named after a devoted member of the tribal Chickasaw Nation Legislature who passed away in 2017, is presented to a woman who has triumphed over adversity, gives back to her community and inspires others to do the same, according to the press release.

NFWL Chair Hawaii Sen. Donna Kim said, “Dean was an extraordinary woman who taught us to never give up, to always give back, to inspire others and to be inclusive.

“She gave so much of herself for the betterment of NFWL. The recipient must be a woman of great ideals, yet one willing to fight in the trenches, just as Dean did when she truly believed in something. Serena embodies these very ideals,” Kim said,

DiMaso has been a vocal advocate and role model for women in elected office for more than two decades. She has served most recently as the Assembly Republican Deputy Whip in addition to sitting on four Assembly committees, according to the press release.

“Ms. DiMaso has devoted the last 20-plus years to public service, from PTA president to state assemblywoman. She is a champion for children and veterans, and is a past chair of NFWL. She is a strong advocate for women to actively engage and participate in the politics that affects their daily lives,” Kim said.

DiMaso is the second New Jersey lawmaker to receive the award. Former Republican state senator Diane Allen was honored in 2017, following McManus’s death at the Chickasaw Nation in Oklahoma, according to the press release.

“Giving back to and bettering the community is critically important to me. Whether that be as Holmdel’s mayor working to bring Bell Labs back to life or as an Assembly Budget Committee member calling out fiscal irresponsibility, public service has been, and always will be, a cornerstone of my life,” DiMaso said.