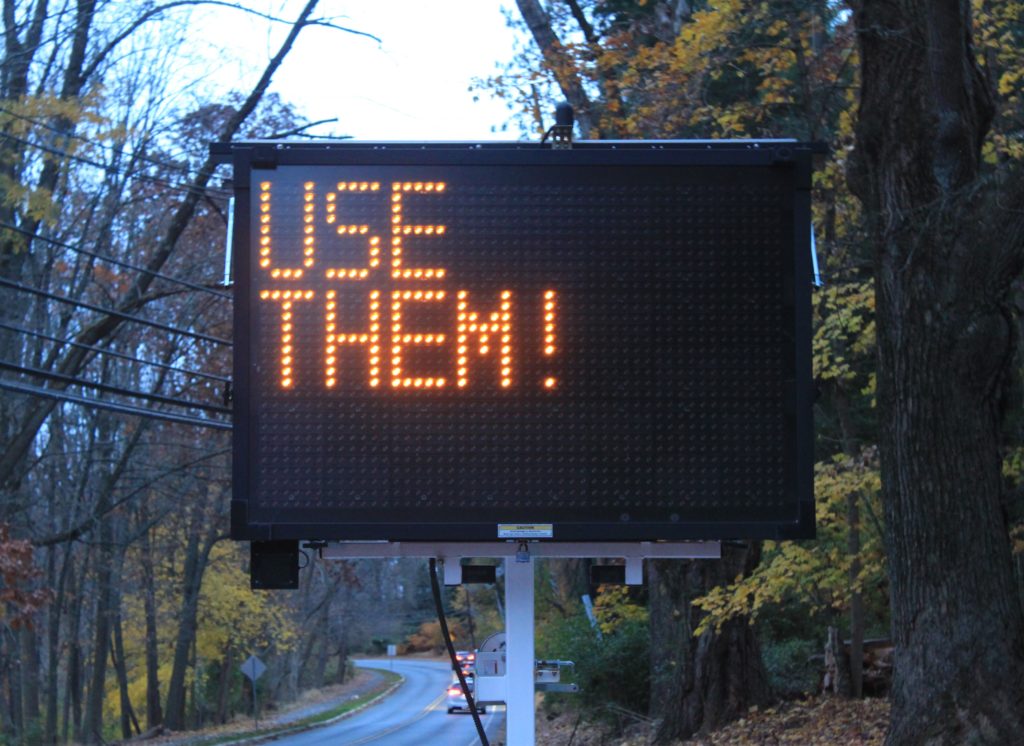 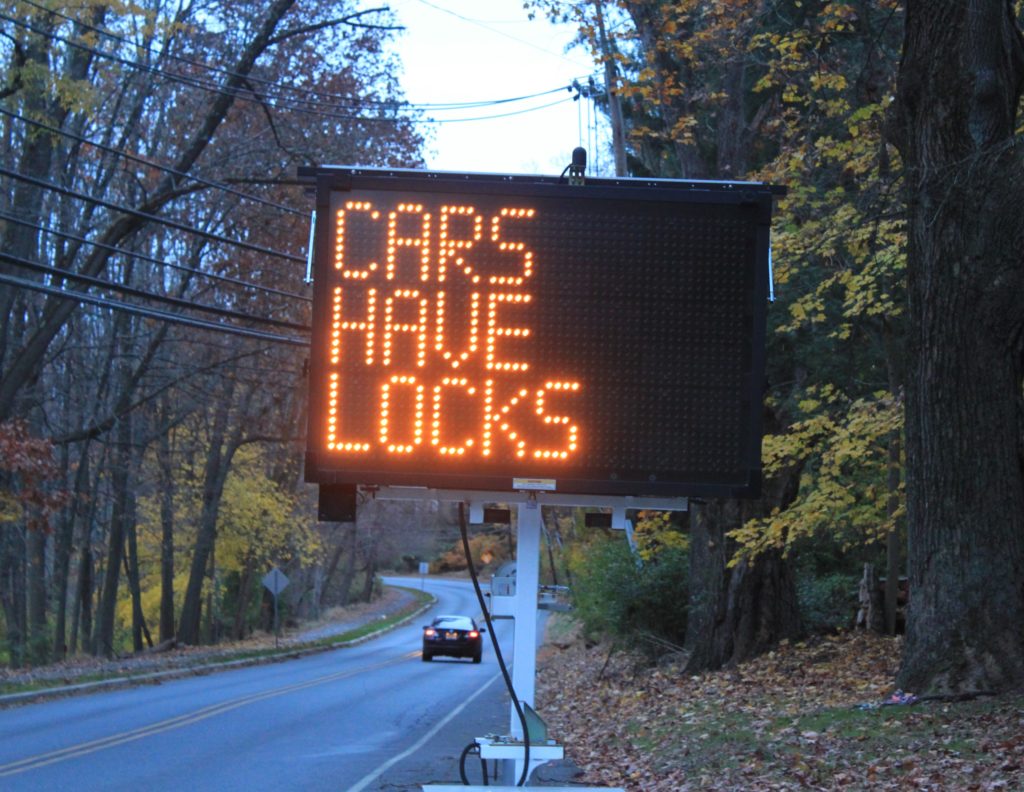 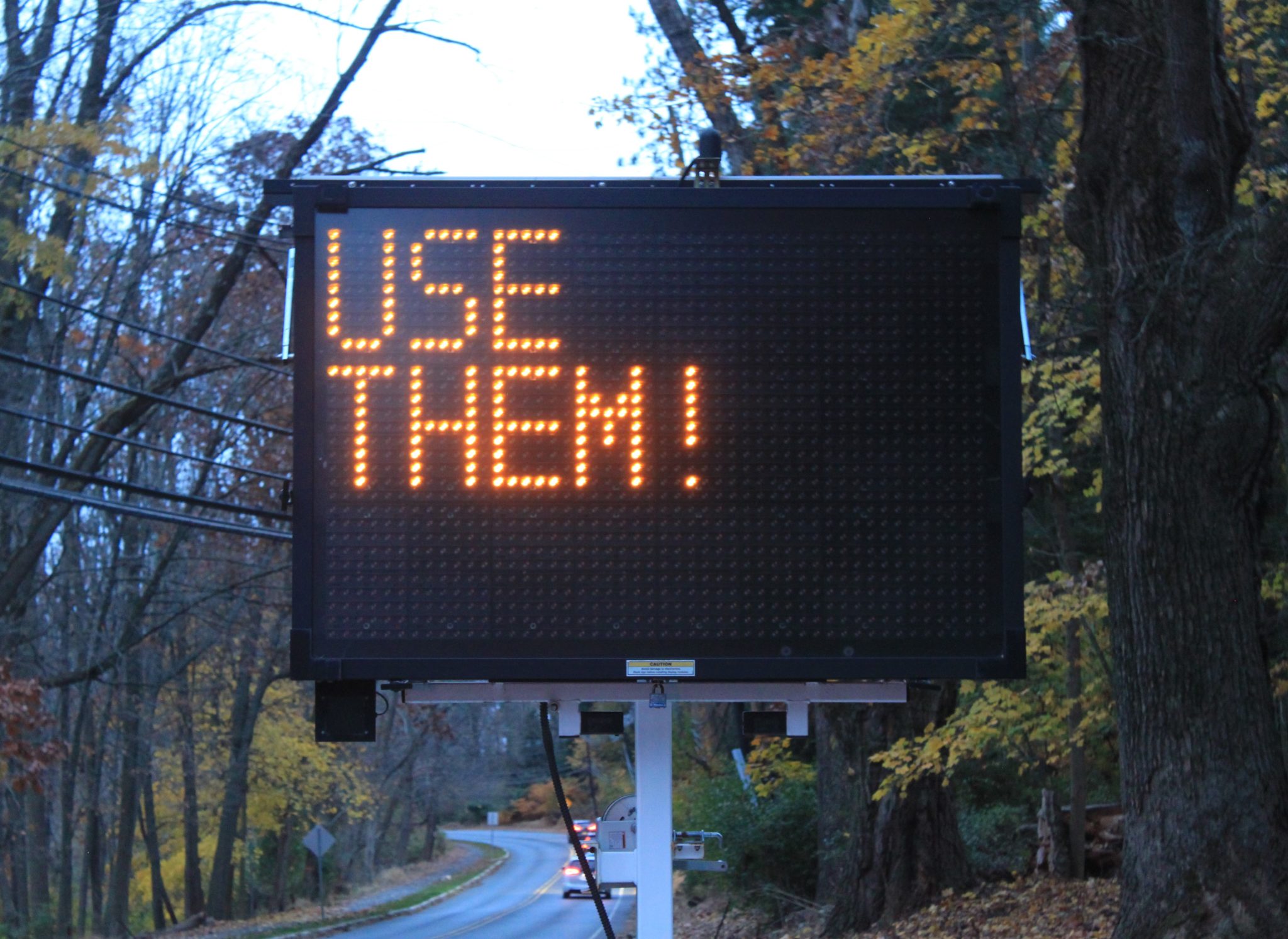 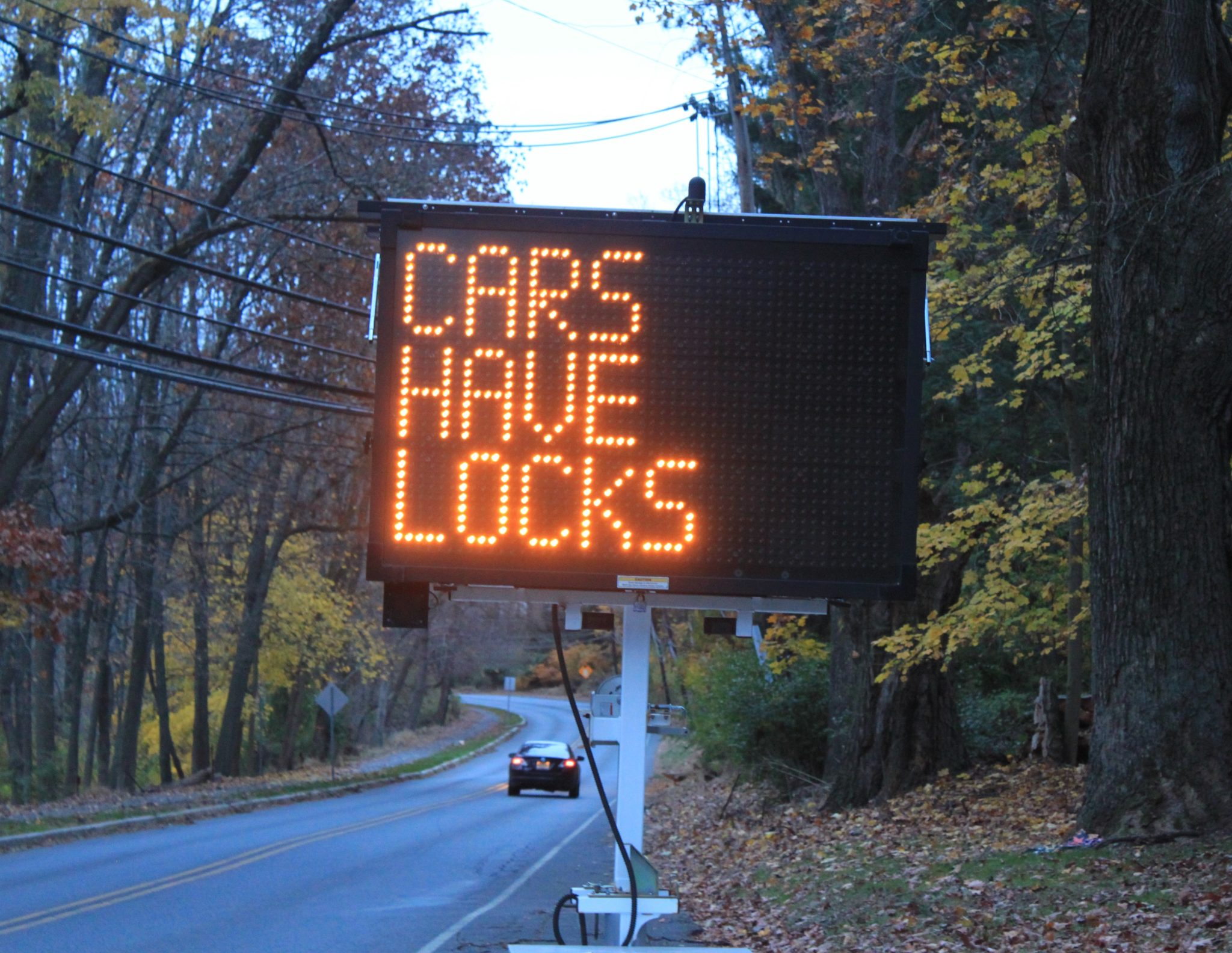 A spate of car break-ins and thefts has continued to plague neighborhoods across Princeton.

The Princeton Police Department set up electronic messaging boards on Mercer Road and Rosedale Road to remind residents to lock their cars. Nixle alerts with the same message have gone out to people who have signed up for the service.

Nevertheless, there were reports of three cars having been entered and burglarized and one report of a stolen sport utility vehicle overnight between Nov. 7 and 8, according to the Princeton Police Department.

A black Ford Expedition, which was reportedly left unlocked and with the keys inside, was stolen from the driveway of a Moore Street home, police said. The victim also reported that someone rummaged through the interior of his 2008 BMW 328 sedan. The incidents were reported at 12:07 p.m. Nov. 8.

Also on Nov. 8, a Moore Street resident reported that someone had entered his unlocked 2016 Toyota Camry sometime between 3 p.m. Nov. 7 and 1 p.m. Nov. 8. The thief rummaged through the interior of the car.

Another Moore Street resident told police that someone entered her unlocked 2019 Toyota Camry sometime between 2 p.m. Nov. 7 and 9:15 a.m. Nov. 8 and rummaged through the car.

Nearby on Guyot Avenue, a resident reported that someone had broken the window on her brother’s 1999 Ford Ranger pickup truck and burglarized it while it was parked on Guyot Avenue. Her husband’s 2003 Toyota Highlander also was burglarized in the incident, which was reported at 8:19 a.m. Nov. 8.

But the car break-ins were not limited to Moore Street and Guyot Avenue.

A Hodge Road resident reported Nov. 7 that a white Magsafe phone charger, valued at $50, was stolen from an unlocked 2017 Porsche Macan sport utility vehicle around noon.

And on Clover Lane, a resident told police that while she was reviewing her home surveillance camera footage, she saw three people attempting to burglarize several vehicles in the driveway around 2 a.m. Nov. 9. They did gain entry in an unlocked Chevrolet in the driveway.

The Clover Lane resident reported it appears that the thieves may have entered her garage through an unlocked garage window, police said.

The Ford Expedition that was stolen from a Moore Street home is the 12th vehicle that has been stolen from an owner’s driveway since January, according to police. The majority of the stolen vehicles were unlocked and the key or key fob was left in the vehicle, police said.

Also since January, more than two dozen cars vehicles have been entered and rummaged through while they were parked in their owner’s driveway, police said. Most of the vehicles were unlocked.

But those car thefts and burglaries can be prevented, if residents would lock their cars and take the key inside the house with them, police said. Residents should also lock their homes at all times, including the door into the house from the garage. The garage door should be lowered, too.

The windows and exterior doors to the house should be locked to prevent a burglary, police said. Porch lights and floodlights should be turned on to deter potential thieves, and burglar alarms should be set.

Burglaries and theft are crimes of opportunity, and taking those steps – from locking the car and taking the key inside, lowering the garage door and locking doors and windows to the house – will help to prevent crime, police said.

Residents who have security cameras at their homes or businesses are encouraged to sign up for the Princeton Police Department’s voluntary home camera registration program. It does not give police access to the camera system.

Registering the security cameras would help the Princeton Police Department maintain a database of active cameras in the event that a crime occurs in the neighborhood, police said. The camera may capture information that could help to solve the crime.

Residents and business owners who want to voluntarily register their cameras can do so by going online to https://princeton.seamlessdocs.com/f/CommCameraReg. 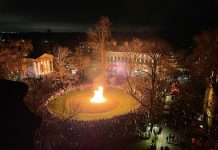