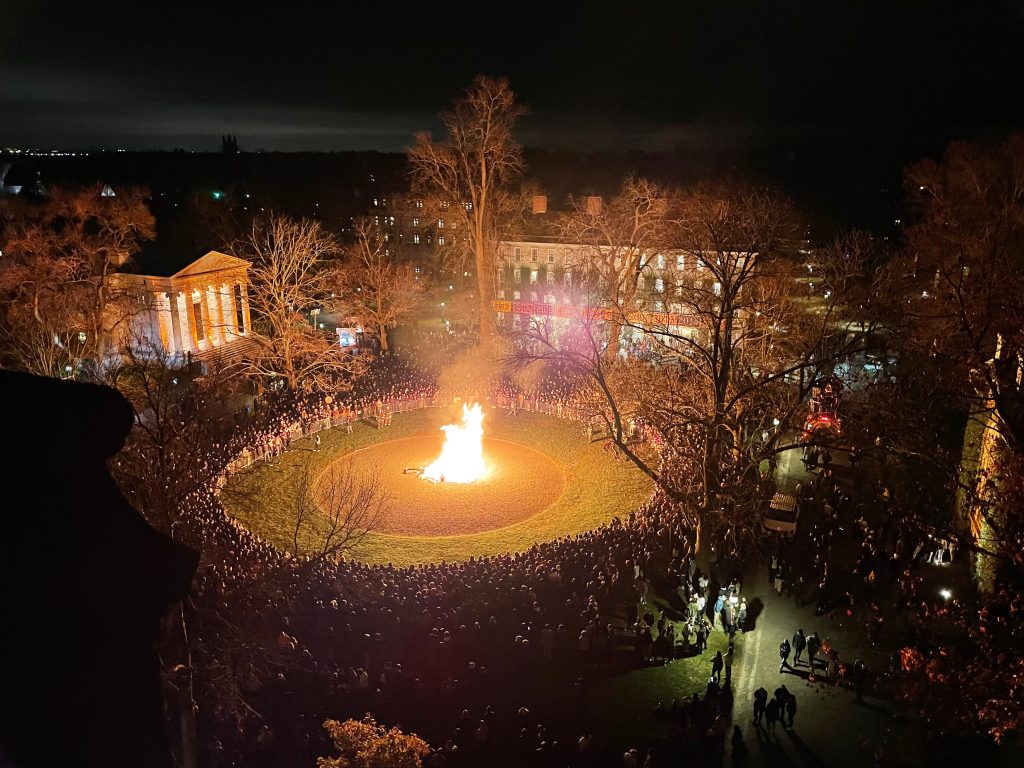 Aerial view of the bonfire at Cannon Green on Princeton University's campus in Princeton on Nov. 21. PHOTO COURTESY OF PRINCETON UNIVERSITY
× 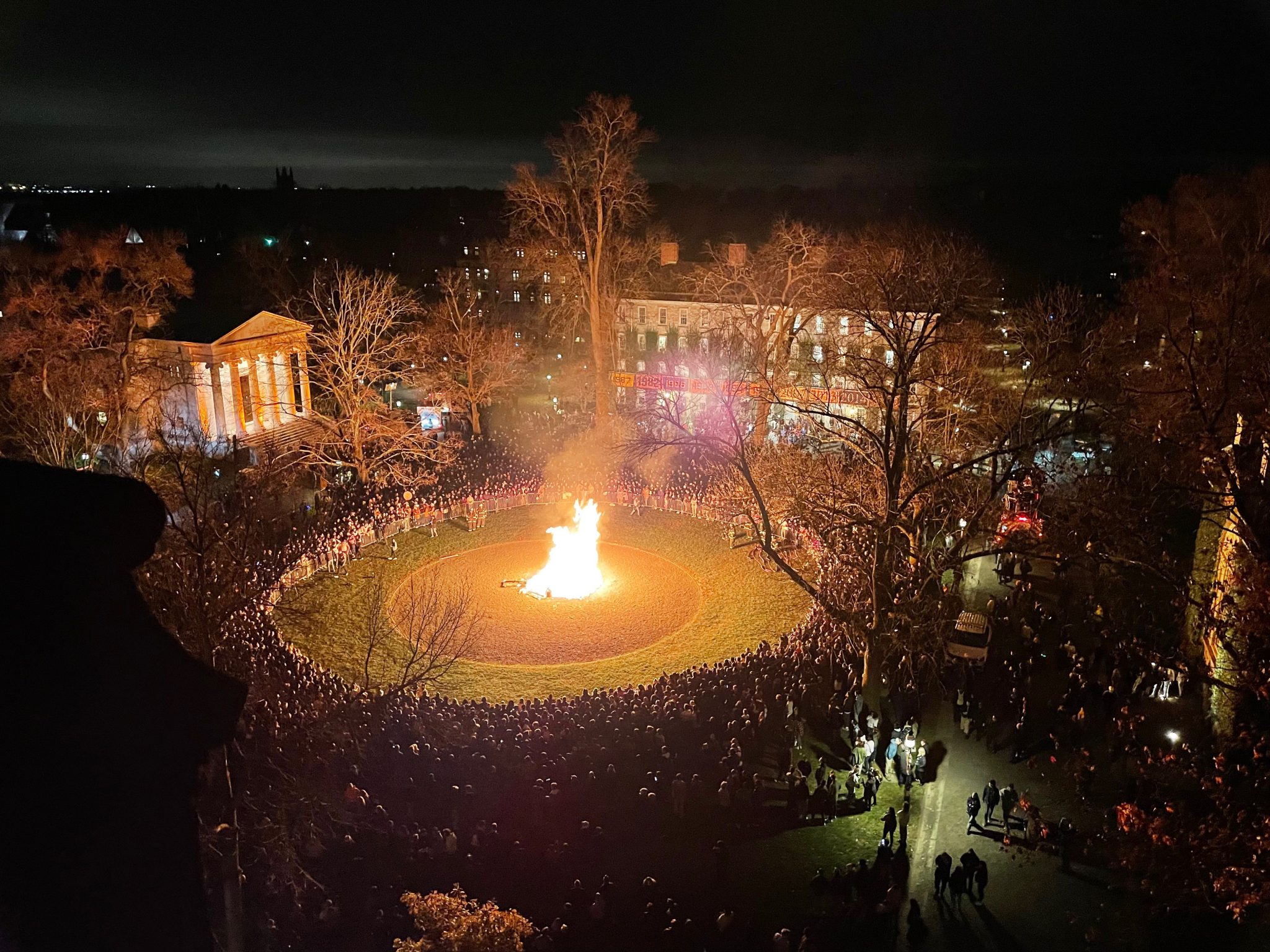 Aerial view of the bonfire at Cannon Green on Princeton University's campus in Princeton on Nov. 21. PHOTO COURTESY OF PRINCETON UNIVERSITY

As a bonfire blazed on Cannon Green, Princeton University students gathered together to celebrate the Princeton football team securing a share of the Ivy League title.

The team earned the title when they defeated the University of Pennsylvania, 34-14, on Nov. 20.

The bonfire at Princeton University’s campus on Nov. 21 was to also celebrate season victories over Yale and Harvard.

“This team had such great heart all year long. Being a team, bonding and building relationships carried us through with energy from people in the stands to beat Harvard, to beat Yale and win the Ivy League title,” Coach Bob Surace said.

Surace expressed that he was concerned about what it was going to be like at games when the Princeton community returned to campus.

“A year ago we had a lot of challenges: students were remote and everyone was doing the best they could. Were we going to get the same support and everything else? Every single home game our students, our community, our alumni and faculty showed up and brought the energy so we could win,” he said in his remarks at the bonfire.

“It has been great to have everyone back on this campus this fall. Not every Princeton class gets to celebrate a bonfire during their time here,” Princeton University President Christopher Eisgruber said in his speech at the bonfire. “But fortunately we are about to light one up thanks to your 2021 Ivy League champions the Princeton Tigers. With a tenacious defense and an explosive offense, these Tigers prevailed over the Harvard Crimson and Yale Bulldogs.”

According to the university, the bonfire celebrates that Princeton football had the best record in a single season among the big three of Harvard, Yale and Princeton.

“One of the things I missed most about Princeton during the pandemic was the football games. All of this was gone during the pandemic. It was not just football, but essentially all of our athletics, showcases of talent and all kinds of group activities,” said Christian Potter, president of the Undergraduate Student Government. “It was almost impossible to feel like a community, so let the lighting of this bonfire be the ultimate reignition of community.”

In his remarks at the bonfire, John Mack, Ford Family director of Athletics, praised the student body and Princeton University community for supporting all of the fall sports team this academic year and stressed that they are counting on the continued support for athletics throughout the year.

“We are here to celebrate outstanding football success this season, but it has been an incredible fall of athletic competition for Princeton University,” he said. “Four of our programs captured conference titles. We had five teams reach NCAA competition and all nine of Princeton’s fall athletic teams finished in first or second place in the conference. When it comes to athletic success and championships, our university is just getting started.”

Princeton University’s most recent bonfire was in 2018. According to the university, three football captains from the Class of 2019 handed the torches to the 2022 senior captains to light the bonfire.