A 22-year-old Hopewell Township man was charged with shoplifting after he reportedly hopped over the counter at the Burger King fast food restaurant on Route 31, grabbed some food and left the restaurant without paying for it Nov. 18. Police found the man near the restaurant, with the food in his possession, according to reports.

A Province Line Road resident reported that someone had fraudulently used the victim’s personal information to buy an Apple iPhone through the victim’s account. The incident of identity theft was reported Nov. 18.

Someone walked off with a 50-inch television set, valued at more than $300, that was on display near the exit door at the ShopRite supermarket on the Pennington Circle Nov. 21. The thief picked up the television set, walked out of the store without paying for it and got into a car and fled, according to police.

A 30-year-old Manahawkin man was charged with hindering apprehension for giving police a false name after he was stopped by police for a motor vehicle violation on Bear Tavern Road Nov. 27. He was also found to have an outstanding warrant from Camden County. 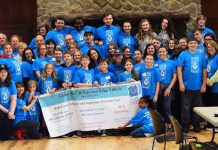 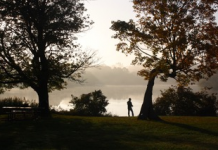