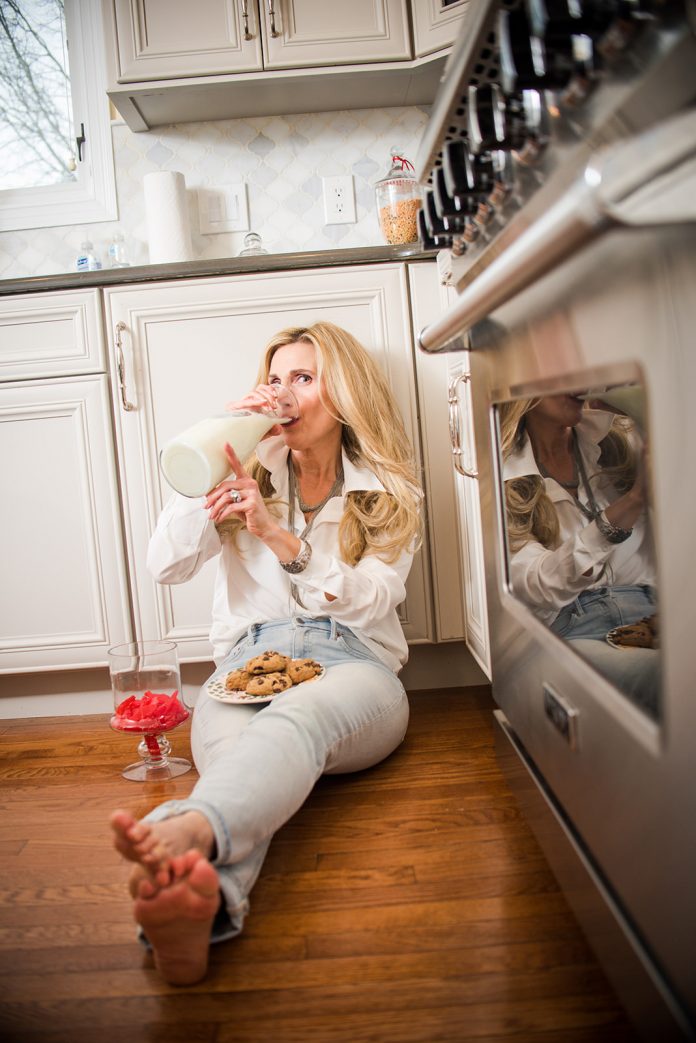 EDISON – Mary Abitanto’s talent in the kitchen has caught the attention of award-winning chefs and television personalities including David Burke and Graham Elliot.

Burke, an award-winning chef and restaurateur known for his appearance on the reality TV program “Iron Chef America,” has endorsed Abitanto’s newest cookbook, “Gather For The Holidays,” which launched in October.

Other endorsements include Joanne Mosconi, chef and author of “The Chef of Greenwich Village” and “Chopped” champion, and chef and cookbook author Kenneth Temple, who shares his award-winning pie crust recipe in Abitanto’s book.

“I left out nothing to be desired in the book,” Abitanto said, from “delicious appetizers, cocktails and warm festive drinks, make-ahead dishes like my savory sweet potato casserole, and bread stuffing with Gruyère cheese to main meals like homemade manicotti, garlic encrusted beef tenderloin, and of course the cookies section, which has over 10 cookie recipes, including the most irresistible Santa and Mrs. Claus cookies.”

“Gather for the Holidays” is Abitanto’s third cookbook and it celebrates the holidays in style with heartfelt stories, poems and photography. She welcomes people into her home and rustic surroundings to share her holiday traditions and entertaining, as well as time-saving and styling tips.

“My favorite recipe in (my new cookbook) is my sweet potato casserole, hands-down one of the best Thanksgiving and holidays sides,” she said.

Abitanto, who grew up in Edison and went to J.P. Stevens High School, said her first cookbook, “Food That will Gather Your Family,” published in 2017, had recipes featured in the Maria Shriver Sunday Paper.

“Maria even held the cookbook while taking a photo with me and my daughter, Sydney, at NBC Studios,” she recalled. “This was aired on live TV pre-COVID. It was a very kind gesture and one I greatly appreciated. In this book you will find family favorites like eggplant parm, meatballs, Grandma’s homemade bread, my world-famous banana bread, ricotta cheesecake, yummy soups, and many family dinners.”

Prior to launching her second cookbook, Abitanto published a children’s book, “Rebecca’s Secret” in June 2020 through Amazon.

“I was very impressed with the quality of the publication and decided I would create my second cookbook,” she said.

Her second cookbook, “Food From My Heart & Home,” was launched in November 2020.

“I really took my talent to the next level with creative combinations and food pairings like my lavender-infused cheesecake and smoked gouda butternut squash mac and cheese,” Abitanto said.

“I also explore other cultures in this book and have some recipes like homemade naan, a sesame coated Middle Eastern cookie filled with dates, a Moroccan soup, and tons of healthy recipes,” she said.

She has more than 21,000 followers, including Giadzy, a website from the Food Network’s Giada de Laurentis, and has attracted Saveur Magazine with her healthy penne alfredo made with riced cauliflower and white beans.

She also shares recipes on her blog mariochskitchen.com

Abitanto attributes her creativity and resourcefulness in the kitchen to her time volunteering at Homefront, a homeless shelter, teaching residents how to cook.

“Not only have I parlayed this talent into writing cookbooks, but I have also been an opening chef for celebrity chefs and cookbook authors Graham Elliot, Anne Burrell, Daphne Oz, and Sasha Pieterse at Great Food Expo,” she said. “I talk about cooking and share recipes, do giveaways, and have audience participation. This is something I love doing. I love a good crowd.”

The Great Food Expo was held at the New Jersey Convention and Expo Center in Edison.

Abitanto’s books, including her newest cookbook, is available on Amazon.