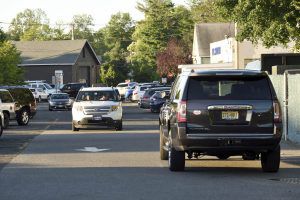 Princetonians may wonder how it came to be that the parking task force’s final proposal, announced on Dec. 6, asks taxpayers to subsidize businesses’ employee parking expenses when federal business tax subsidies and underutilized paid parking structures are already in place.

Why also does it set different parking prices for homeowners whose home purchase included a driveway versus those whose didn’t? The answer is simple. The task force that drafted the proposal was populated by business merchants and residents who would personally benefit from the policy they were setting.

In the paper titled “Fighting ‘Small Town’ Corruption: How to Obtain Accountability, Oversight, and Transparency,” the Columbia Law School Center for Advancement of Public Integrity (CAPI) states “while there are many obviously criminal actions which should be prohibited by the ethics code, there are also non-criminal actions which are ethically suspect and should be included. Conflict of interest provisions often fall into this category.”

Jack Morrison, who sits on the task force as its most vocal merchant, fails two of the tests set by CAPI’s safeguards. Mr. Morrison is both a political donor to Councilwoman Michelle Pirone-Lambros and his business will directly financially benefit from the scheme he helped draft. “Conflict of interest provisions should include prohibitions on taking actions that benefit the official’s household or family members, business clients, debtors, or political donors. The code should contain a recusal provision, … [for people] seeking a benefit from the government.”

Numerous other task force members, some of them residents, would also fail CAPI’s basic tests. “Local governments should strive to create one code for all public officials, as well as citizens serving as commissioners or board members.”

According to CAPI, “[another] component of a meaningful integrity system is transparency. Generally speaking, corruption is less likely when citizens are informed about government activities.” By contrast, Princeton’s Council leaders have sought to prevent discussion on the topic of business subsidies, cancelled scheduled public meetings and held closed door meetings with participants sworn to secrecy. Those that oppose the business parking subsidy were excluded.

“Secrecy” is not a demand that public servants should be making of residents. Residents can have a role in calling out these tactics and insisting on inclusion.

What role do other council members have? According to CAPI, “the code should [also] include an affirmative obligation to report suspected violations of the ethics code and the law.”

In Princeton, the mayor and full council are entrusted the authority to appoint and remove task force members. Council members should hold their colleagues accountable for the policy-making processes they lead, concerned about maintaining confidence in other town decisions. The mayor should implement and enforce minimum ethics standards and insist on transparent processes that prevent self-dealing. “Corruption or the perception of a corrupt government will undermine its legitimacy with constituents, leading to less citizen involvement.” Ignoring the specter of impropriety that surrounds the parking task force process will make it hard for Princetonians to accept that the outcome is truly in their best interest.