Sometimes There’s No Going Back 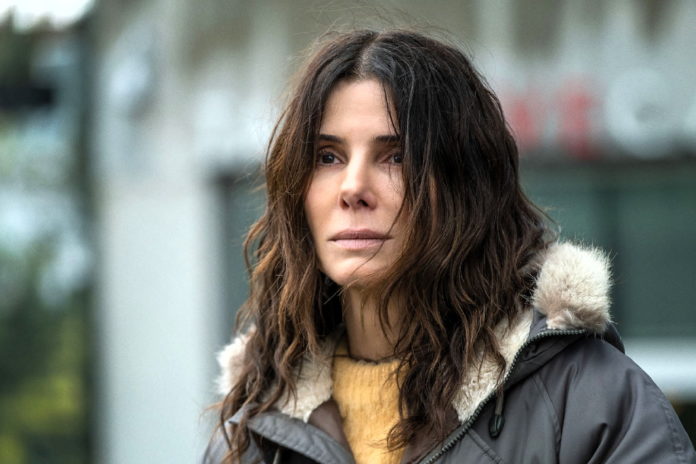 Forgiveness is in the Bible. It’s at the core of the makeup of so many people in the world. People will forgive virtually everything. Families have forgiven those who have committed the most vile crimes. Spouses have forgiven misgivings, and we forgive the littlest things every day of our existence. But is there a crime that is unforgivable? And what happens to all those impacted by that crime? In the new film The Unforgivable, now on Netflix, we find out if life can go on after prison.

As Ruth Slater (Sandra Bullock) is being released from prison, she immediately finds the outside world to be a cold and unflinching place. She’s served 20 years for a crime, and as she is released because of good behavior, she believes it is possible to recapture some of what she left behind.

Vincent Cross (Rob Morgan) is Ruth’s parole officer, a tough but fair man who immediately lays the rules down for life after prison. Cross is clear: Ruth will always be a convict in the eyes of the world, even when she might think it does not matter. Ruth has plans, but those plans will quickly come crashing down with the reality of the world.

The job she lined up was canceled by individuals who did not want her there, and since it is a term of her release, she immediately takes whatever job she can find. She does the work that many wouldn’t want to, and ends up at a fish processing center and building a soup kitchen for the homeless. Though these are not glamorous positions by any means, she does her best to fit in with her head down and everything buried into her work. But with the past still haunting her, there is more to life than work, and her future will involve many more individuals than her parole officer.

As the story of Ruth’s life unfolds and the pieces of her journey are disclosed, it leaves viewers with a range of emotions. I found myself angry, happy, sad, disturbed and everywhere in between at a variety of moments. Bullock plays Ruth close to the vest and offers a role unlike many of her past performances. Unapologetic and rough, she is believable as the woman looking to recapture life.

The film is deliberate in exposing Ruth’s story, including what drives her to go on in such difficult circumstances and the impact of her crime on those who are part of that universe, both past and present. The reveal of the biggest twist in the story is held for the end and evokes even more of a range of emotions.

Although recapturing the past is a goal of Ruth’s, sometimes there is no going back. To err is human and forgiveness is supposed to be divine — but maybe, just maybe, there are some things that are unforgivable.