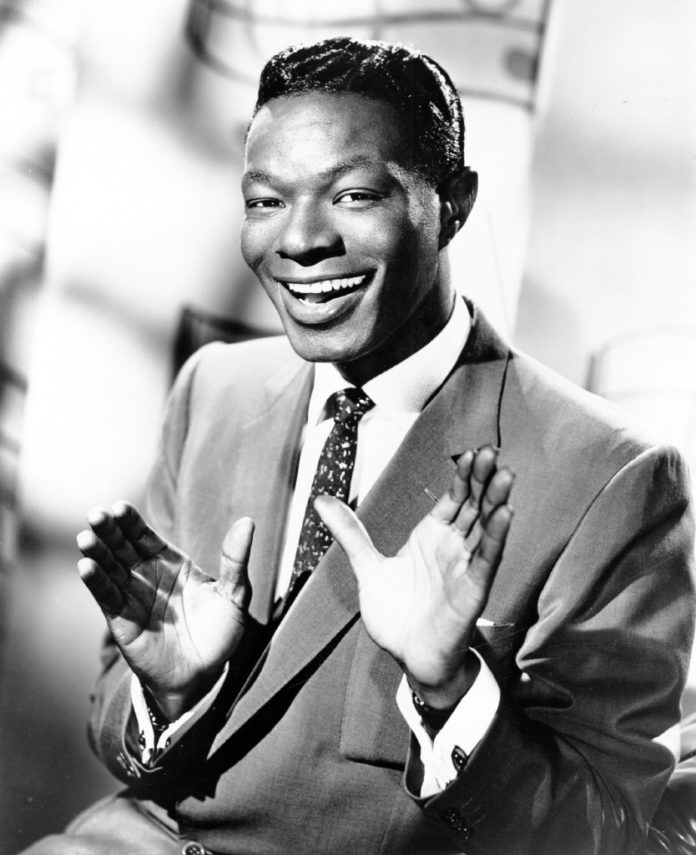 Nat King Cole’s rendition of “The Christmas Song” is an all-time Christmas classic, the perfect aural accompaniment for a crackling fire and twinkling Christmas lights. For the singer with the bedroom baritone, it was just another jewel in a sparkling pop crown of over 100 chart hits.

Nathaniel Adams Coles was born March 17, 1919, to a religious family in Montgomery, Alabama. His father was a Baptist minister, and he learned to play the piano from his mother, who was the church organist. He and all his siblings went on to musical careers.

At 15 he dropped out of high school to begin playing music as Nat Cole and was soon touring with big bands and playing piano in nightclubs. With a bassist and guitarist he formed the King Cole Swingsters and later the King Cole Trio. Cole’s 1940 single “Sweet Lorraine” was the first hit for the trio, followed by “That Ain’t Right” and “All for You.” In 1946 the trio paid to broadcast a radio show titled King Cole Trio Time, the first radio program sponsored by a Black musician.

Cole began singing pop songs, often accompanied by a string orchestra. That was when he recorded “The Christmas Song.” The song was written by Robert Wells and Mel Tormé on a hot summer’s day in 1945; Cole was the first to record it in 1946, and then again that same year, adding a small string section. That version became a massive hit on the pop and R&B charts the following Christmas and has remained at the top of everyone’s Christmas playlist since. The recording was inducted into the Grammy Hall of Fame in 1974.

In all, Cole would record “The Christmas Song” four times. Other famous recordings of the song have been made by Frank Sinatra, Ella Fitzgerald, the Jackson 5, Michael Bublé and Christina Aguilera.

Cole continued his chart success into the ’50s, recording such hits as “Smile,” “Pretend” and “If I May.” Some of his bestselling albums were Nat King Cole Sings for Two in Love (1953) and Wild Is Love (1960). In 1956, The Nat King Cole Show debuted on NBC; the variety show was the first to be hosted on TV by an African American.

In September 1964, Cole was diagnosed with lung cancer. Immediately after, he went to work on one last album, L-O-V-E, out of concern for the welfare of his family. The album, released shortly before his death on Feb. 15, 1965, was a hit, cresting at No. 4 on the albums chart.

Cole’s fame continued to grow after he passed. A Mosaic Records compilation of 349 songs on 18 CDs was released in 1991, the same year that his daughter Natalie Cole released Unforgettable, a tribute album that featured a re-recording of her father’s 1951 hit of the same name with her voice mixed in. The song and album won seven Grammy awards in 1992, including Best Album and Best Song. Natalie passed in 2015 at age 65.