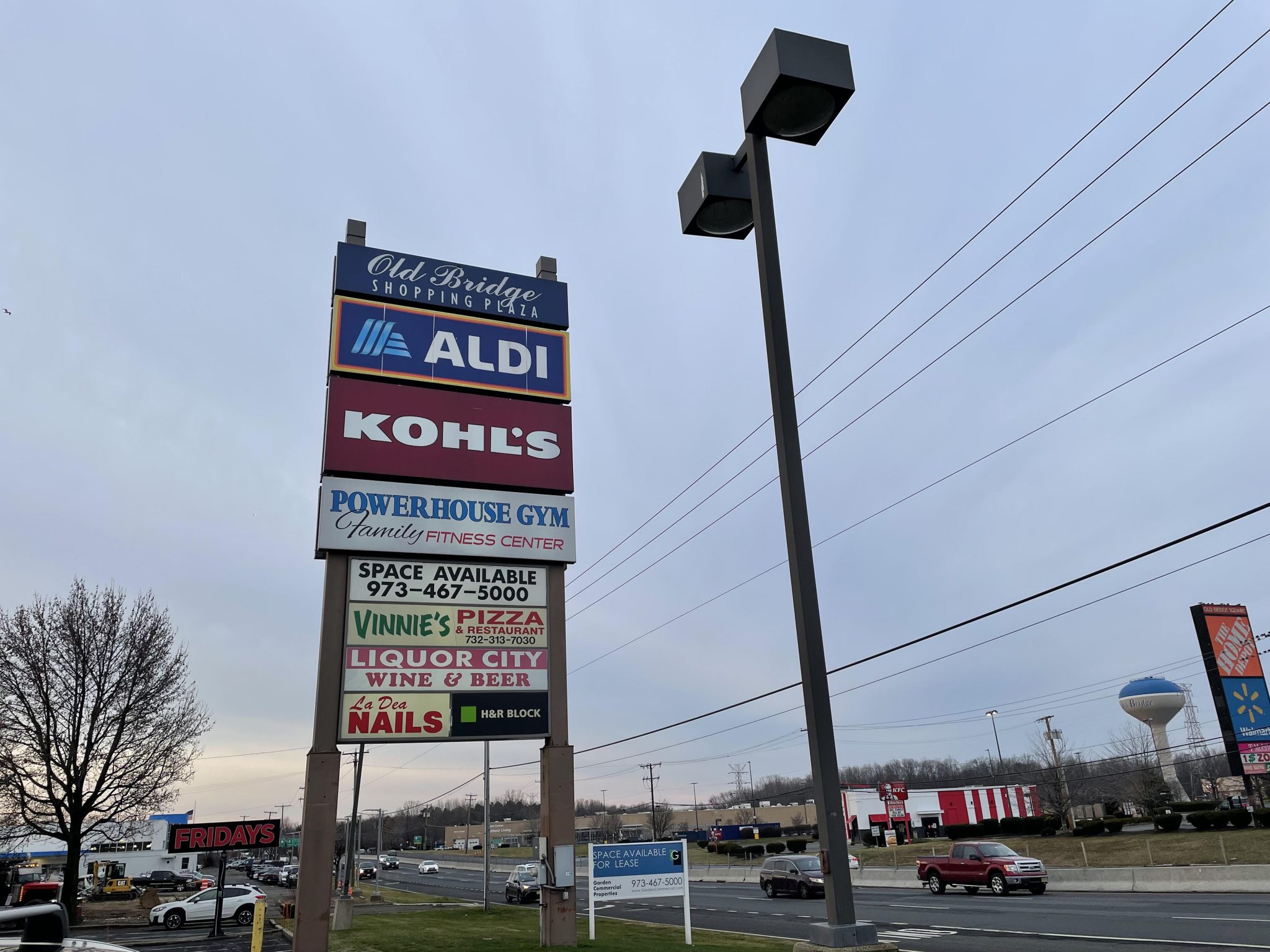 Veena Sawant, township planner, said the vision for a transit village designation began two-and-a-half years ago; however, it was stalled due to the coronavirus pandemic.

“Every time I pass Route 9 and the shopping plaza, I always wondered how come the other side [southbound] of the highway is prospering,” she said, while the northbound side has “huge empty parking lots, vacant stores and no activity.”

Among the vacant storefronts, there are some stores operating, including a Kohls.

The shopping plaza is also the site of the former Pathmark, which now is an Aldi grocery store.

Out of curiosity, Sawant said she researched transit village designation initiatives, which are designated by the New Jersey Department of Transportation (DOT) and New Jersey Transit.

A designated transit village is a municipality that has been recommended for designation by the interagency Transit Village Task Force. These municipalities have demonstrated a commitment to revitalizing and redeveloping the area around their transit facilities into compact, mixed-use neighborhoods with a strong residential component, according to DOT.

“Once you get designation, the township is eligible for all DOT grants which are related to all transit related development,” Sawant said.

The township planner shared an update with the Township Council in December on the vision. She said after making a casual call to NJ Transit, she was able to set up a pre-application meeting within two months involving officials from the DOT, NJ Transit, New Jersey Department of Community Affairs, Mayor Owen Henry and Business Administrator Himanshu Shah.

After showing them the empty parking lots and storefronts, Sawant said DOT gave Old Bridge the green light to start working on the area to become a transit village designation.

“Unfortunately for us the pandemic hit,” she said. “One of the important criteria of transit designation is public participation so we had to wait a year.”

Sawant said they are halfway through the area in need of redevelopment study for the area.

“We have the ammunition already there of commuter parking lots,” she said, noting the bus line that traverses through Old Bridge has the highest ridership and would complement NJ Transit’s dream project for bus rapid transit between Howell and Old Bridge.

The transit village designation initiative is just one project Old Bridge has identified in need of an area in need of redevelopment study.

Henry said his administration is working hard to make sure whatever they do today stands the test of time. He said the proposed redevelopment projects will “promote growth and economic development.”

“It will keep Old Bridge a vibrant town that it has become,” he said.

Global Landfill contains six properties, four of which are a superfund site. The site is bordered by wetlands to the northeast, southeast and southwest in the drainage basin of Cheesequake Creek. A potential developer is interested in building solar farms on the site, which the council supported in January 2021.

Old Matawan Road study area is a gateway or entrance to Old Bridge from East Brunswick. It comprises 26 parcels – some vacant lots, including a DOT lot, some commercial and few residential homes. The area is located on either side of Old Matawan Road between Route 18 and County Road 516.

The Zoning Board of Adjustment has approved an application for an assisted living facility in the area.

Amendments to Crossroads Redevelopment Plans on Marlboro and Texas roads will update outdated design standards. Sawant said developers are interested in developing on the sites including building an age restricted housing project for a site on Texas Road.

Cliffwood Beach, consisting of 33.5 acres on Raritan and Ocean boulevards, has been closed since Superstorm Sandy in 2012.

Sawant said “the sky’s the limit” in terms of creating a destination waterfront area. She had discussed the plan before the council in October 2020.

“Most municipalities with a waterfront have gone the redevelopment route,” she had said, adding officials need to create a vision to capitalize on the township’s assets of the waterfront, existing recreational facilities and transportation services.

Sawant added with a resolution coming soon for the Margaret’s Creek sector of the Raritan Bay Slag Superfund site, it is the right time to investigate the area to make it better.